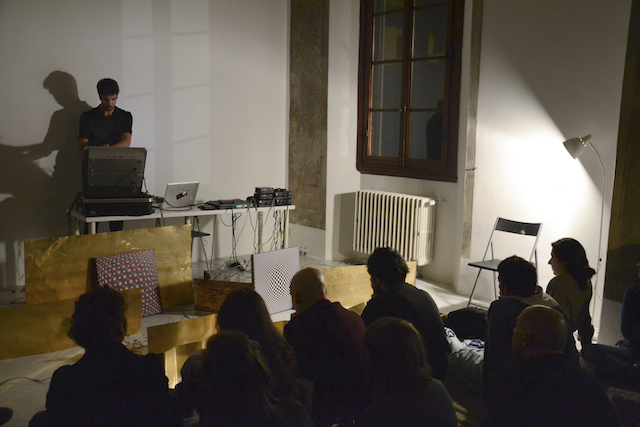 After the successful first part of the festival music@villaromana held in June this year, the second edition PLAYGROUND begins on October 3 with the premiere of the project TRANCE-TROMER: Words and Sounds around Tomas Transtromer.

Inspired by the verses of the Swedish poet Tomas Transtromer, the duo Francesco Dillon and Emanuele Torquati is seeking possible intersections between music that is only apparently faraway and common denominators that enable the development of unusual directions involving sounds, voices and electronic formulations. They interpret specially for music@villaromana commissioned pieces by two composers Silvia Borzelli and Laurence Durupt.

The evening will conclude at 11 pm with the Night Concert by artist and Villa Romana Fellow 2014 Sergei Tcherepnin. He will present a new sound-piece. On Saturday and Sunday (October 4/5) the group Alter Ego presents both 'classic' American avant-garde music - early works by Philip Glass and Alvin Lucier, two composers with whom the ensemble has worked on various occasions - as well as pieces by Fausto Romitelli and the Sicilian composer Emanuele Casale.

Another important part of AlterEgo's performance will be their encounter with two composers from the London scene: Joanna Bailie and the Australian Matthew Shlomowitz. Founders and artistic directors of the collective PLUS-MINUS along with pianist Mark Knoop, who will also be in Florence, the two musicians are forging an entirely original path between musical and theatrical performance, bridging sound and noise or ambient noise, high and low culture and British humour.