Hassan Khan
Superstructure (the ammunition of the nation) 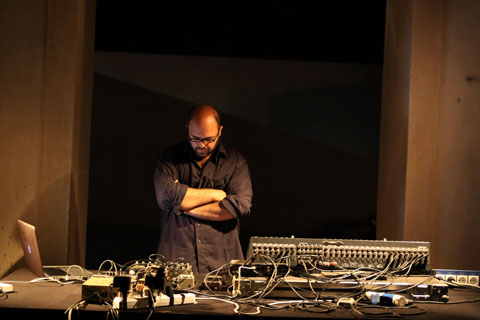 Egyptian artist and musician Hassan Khan will perform a special medley of three of his seminal sets: starting from the hypnotic strings, brass drones and syncopated treated rhythms accompanied with subtle improvised tonal scintillations of his composition A Short Story Based on a Distant Memory, to the synth-heavy hungry riffs of The Big One (2009), an intense oscillating juxtaposition of New Wave Shaabi and delicately wrought shimmering tonal compositions. The set's grand finale is the relentless constantly morphing intricately constructed mega-beat of SUPERSTRUCTURE (2011) that takes us from a precise, intimate and fragile moment to a semi-mythical collective landscape.