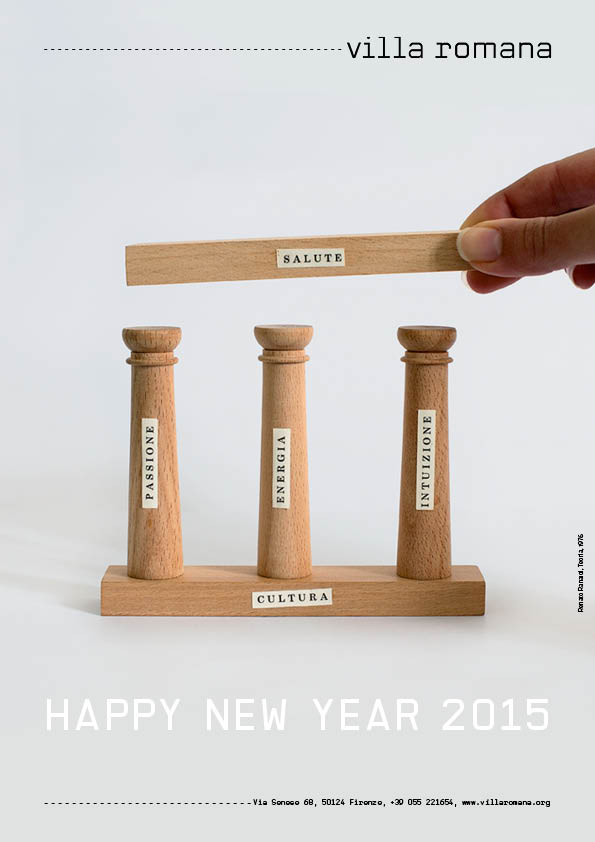 
The interview between Jess van Nostrand and Juan Pablo Macias is now online at The Project Room, Seattle.


The virtual video-sessions Everyday on Display by Dardan Zhegrova on the occasion of the artist-residency project Hajde initiated by Petrit Halilaj (Villa Romana Fellow 2014) are now online here.


Closer to Gaza - Benefit Auction to Aid Physicians for Human Rights – Israel and the Palestinian Medical Relief Society with/by Dani Gal (Villa Romana Fellow 2008)
The auction will be available for bidding online on Paddle8 from September 10 - 21 and the artworks will be displayed at KÜHLHAUS Berlin from September 17 - 21. 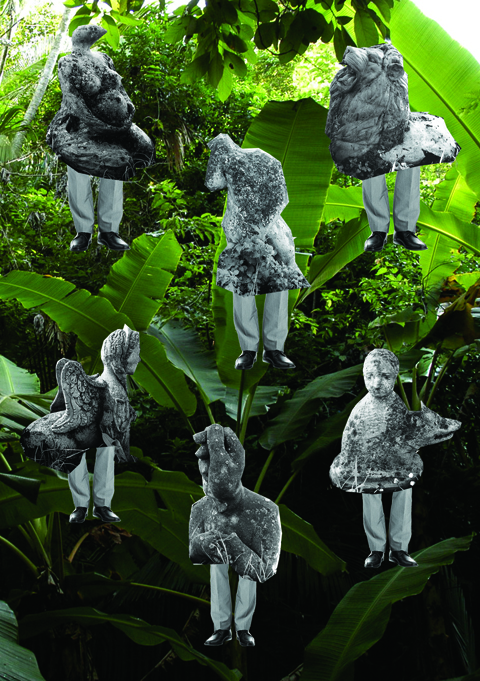 Hajde!
Young Kosovan artists-in-residence at Villa Romana
Dardan Zhegrova, Yll Xhaferi and Shqipe Jonuzi will be the first artists from Kosovo to begin their residencies at the Villa Romana, Florence in the coming months. The Hajde! exchange programme, which was initiated by the artist Petrit Halilaj, Villa Romana Fellow 2014, will resume with further invitations after the summer break and is part of a longer-term collaborative project, which will be continued in Pristina in 2015.


The concert series music@villaromana has a new Homepage!


The first evening of music@villaromana on 13 June will be streamed by Radio Papesse. 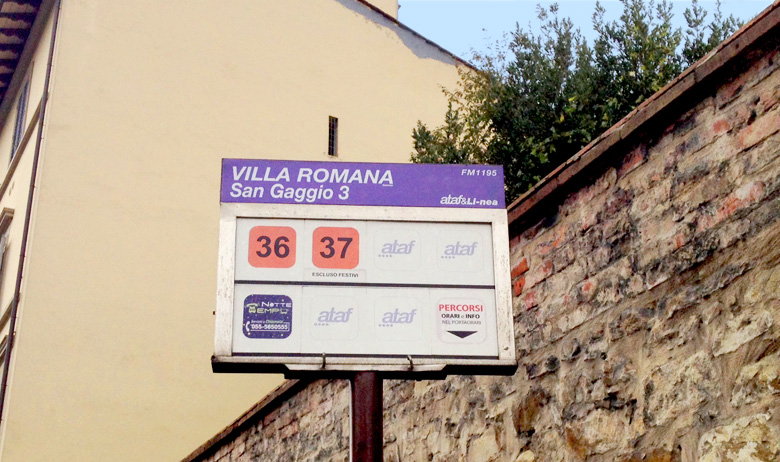 International Guest Artists 2014
In 2014 the Villa Romana in Florence will again be home to both the Villa Romana Fellows and outstanding international guest artists. At the suggestion of curator Charlotte Bank, Syrian filmmaker Soudade Kaadan and Lebanese artist Ghassan Halwani will work and introduce their work to the public at the Villa Romana for three months.


Nora Schultz, Villa Romana fellow in 2012, has her first solo museum exhibition in the United States at The Renaissance Society, Chicago (January 12 – February 23, 2014).

Villa Romana will host on November 12 the opening of Lo Schermo dell´Arte Film Festival with the VISIO Screening Program that will feature 12 video works by the artists participating in the second edition of the workshop.


music@villaromana
The video MUSIC BOX is online on Vimeo. more 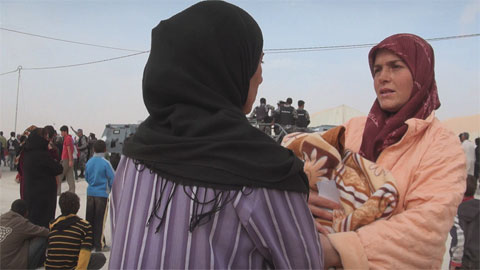 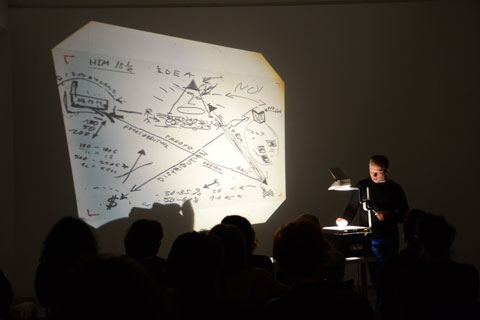 music@villaromana 2013
In its fourth year, the successful music@villaromana concert series, which was conceived by Francesco Dillon and Emanuele Torquati, will temporarily change format for two long weekends in June and September and concentrate on encounters between new avant-garde musical compositions and electronic media. more


Villa Romana is very happy to announce that Mario Rizzi´s new film Al Intithar (The Waiting) will be screened in competition at the Berlin Film Festival. more


The first assignment of the Prize Hans-Purrmann goes to the artist Dani Gal. Hans Purrman was director of residence for artists Villa Romana in Florence until 1943. Dani Gal was fellow at the Villa Romana in 2008. The Städtische Galerie of Speyer show until November 4 Movie Nacht und Nebel (Night and Fog) by Dani Gal, premiered at the Biennale of Venice. The film, as well as the work of other finalists, has to do with the remains of Nazi war criminal Adolf Eichmann. 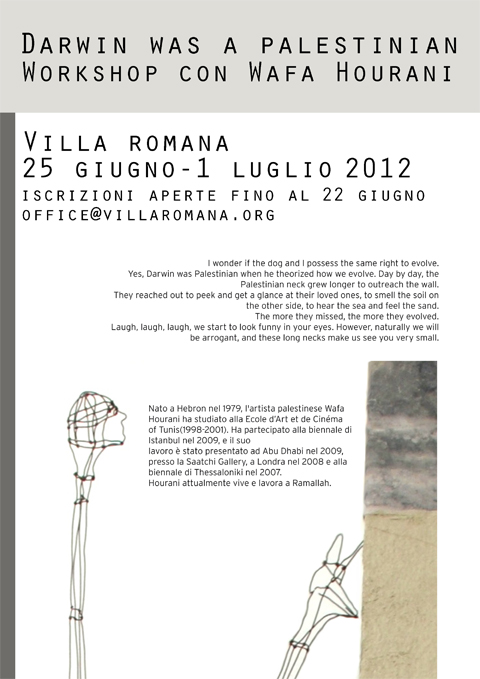 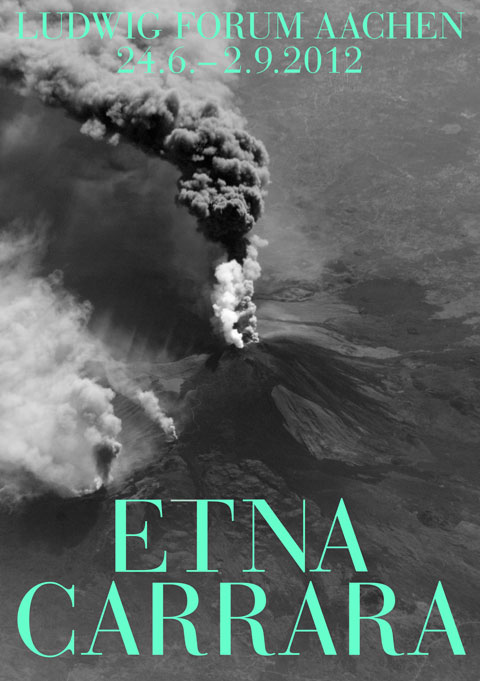 
Nora Schultz, Villa Romana Fellow 2011, presents her solo show at Frankfurt’s Portikus on June 2. During the exhibition, which will run until September 16, Schultz presents performances on June 2 and July 13. more

From Thursday, 19 Apr 2012, concert registrations of the series music@villaromana 2011 are available as thirty minutes podcasts on http://www.ioclassica.it/.

Vincent Vulsma, Villa Romana Fellow 2011, is going to inaugurate his solo exhibition on December 2 at Cinzia Friedländer's in Berlin. Futhermore he'll present his work in the group show A TEXT IS A THING at vistamare gallery, Pesacara from 10 December.


On Tuesday, 29 June at 9 pm, the reading Voci a fronte / Gli scrittori di Dresda incontrano gli scrittori di Firenze will take place at Villa Romana. The reading, which takes part in the festival Voci lontane, Voci sorelle + Voci a fronte, will be held by the authors Norbert Weiß, Jens Wonneberger and Michael Wüstefeld (Dresden) and the publsihers of the journal L’area di Broca Mariella Bettarini and Gabriella Maleti.


The interview of Radio Papesse and Angelika Stepken with Dani Gal, Villa Romana Fellow 2008, on his new film, currently shown at the Venice Biennale is now online.


From 16 June 2012, Thomas Kilpper, one of the Villa Romana Fellows 2011, will hold for two weeks a workshop with international art students at Villa Romana. The participants of the workshop How to get rid of unloved presidents (a collaboration between the association work.lab Bologna and Villa Romana) were selected by Angelika Stepken (Villa Romana), Alberto Salvadori (director of the Marino Marini Museum Florence), Thomas Kilpper and Lelio Aiello (curator work.lab). At the end, the artists will present at the Marino Marino Museum the works that were produced during the workshop.


On Thursday 9th of June at 9pm the composer from Argentina Martin Bauer will present the world premiere of his POCKET OPERA at Villa Romana. more

17 May 2011
Inauguration of the new pavilion at Villa Romana.

On Wednesday, 10 May at 8.30 pm, the curator Mirene Arsanios from Beirut, based at Villa Romana for two month, will show the film program There are no ruins here.


On April 1st, the web radio Radio Papesse about contemporary art is going to move its studio to Villa Romana. Radio Papesse was founded in 2006 within the Palazzo delle Papesse Contemporary Art Center, Siena, Italy. It was meant to serve as a platform wherein get in touch with contemporary art and those production at the crossroad between music, sound art, visual art and new ways of storytelling. Radio Papesse is an open on-line and on-demand audio archive.


21 March 2011
Kaiser Antonino Dance Ensemble performs at At your place.


Vincent Vulsma, Villa Romana Fellow 2011, is nominated for the shortlist of the Prix de Rome. The Prix de Rome, founded in 1870, is a Dutch state award which awards biennially an outstanding visual artist. This year, other than Vincent Vulsma, Priscila Fernandes, Ben Pointeker and Pilvi Takala are nominated. The award winner will be announced by a jury (amongst others Adam Szymczyk, Silke Otto-Knapp, Pedro Carita Reis) in June


From Sunday 6th February, and then once a week, the radio channels Controradio and Radio Toscana will present in eight broadcasts recordings of our concert programme music@villaromana. They’re going to be on Controradio every Sunday at 11.30 am (repeat at 10.30 pm) and on Radio Toscana at 12.30 pm (repeat on Wednesdays at 1.30 am). In addition the broadcasts are accessible also via podcast on http://www.ioclassica.it/. The sound radio productions were realized with the support of Porsche Italia, Comitato per l’Educazione all’ascolto della Musica Classica e Contemporanea, Ente Cassa di Risparmio di Firenze and WOW Onlus.


Kalin Lindena, Villa Romana Fellow 2009, on November 23rd has received the Sprengel Prize for the visual arts of the Niedersächsischen Sparkassenstiftung. Her exhibition will be shown at the Sprengel Museum’s Museumsplatz in Hannover until February 6th, 2011. Lindena is going to shoot a film within the installation which will be presented on 11 January 2011 with the curator Carina Plath.


Within the series music@villaromana the Quartetto Prometeo will play the concert MUSIC FOR STRINGS of Salvatore Sciarrino’s works in presence of the composer. Before the concert he will be stimulated by the musicologist Daniele Spini on the ever problematic issues of creativity and of being artists in the contemporary world.


On Saturday, 06 November, Eran Schaerf inaugurates at 6.30 pm his show Wanderblog, where he is going to present his new film A Witness Unsummoned. Following, within the series front_content.php?idart=235, the Quartetto Prometeo will play the concert MUSIC FOR STRINGS of Salvatore Sciarrino’s works in presence of the composer.Am 06.11.2010 eröffnet Eran Schaerf seine Ausstellung Wanderblog, in der er seinen neuen Film A Witness Unsummoned präsentiert.


On Thursday, 11 November , the performance project Discoteca Flaming Star from Berlin is going to present a audio/slide work at Villa Romana. The final event will take place between 21 – 27 November: in the framework of the Szpilman Award Show #10 the project Amor sacro e amor profano is going to be realized.

Anna Molska will stay and work at Villa Romana until the end of November. In 2009 the Polish artist has received the working grant of the Views-Prize for young Polish art which was initiated in 2003 by the Deutschen Bank Stiftung, Deutsche Bank Polska and the Zacheta Nationalgallery Warsaw.


Andrea Faciu, Villa Romana Fellow 2007, will present the exhibition Träume und Komplizen at the Kunstverein Braunschweig from 04 September to 14 November 2010, including, amgonst others, her expeditions throughout the city Touching the city, in which she actually touches the city surfaces and films this touch. Andrea Faciu, born in 1977 in Bucharest, has worked on this project also during her stay at Villa Romana. Last year she exhibited at the Venice Biennale in the Romanian pavilion.


Until the end of August 2010, the Greek artist Eleni Kamma, who lives in Brussels and Maastricht, will stay and work as an international guest artist at Villa Romana. During her stay in Florence she will develop a project that she is going to realize at Villa Romana in 2011.


The performance work IO NON SONO, created and directed by Annalisa D’Amato, will be presented 24 – 31 July at 9 pm at the Villa Romana (Florence). The dramaturgy, inspired principally by texts of Rumi, combines original live music, dance and text, in the form of a concert. The group is composed of nine musicians, dancers, and actors from different parts of the world – Naples, Paris, Florence, San Francisco, Rosario, Madras. The public is welcomed in a chapiteau, whose interior boasts a theatre for one hundred eighty spectators, and which was designed by the company HMMH/FRANCE especially for the creation of this work. The project is presently supported and hosted by Angelika Stepken, Villa Romana, Florence. The halls of the Villa Romana will host an exhibition of photographic works shot by Patrizio Esposito during rehearsals of IO NON SONO in Naples. There will also be a photographic exhibition of Bahman Jalali entitled Excerpts from a Lifework. Photography in Iran 1966 - 2010.


On Thursday, 08 July at 8pm, in the context of their show Les pieds sur terres and another working week at the Ludwig Forum Aachen, the landscape architects atelier le balto are going to meet Angelika Stepken, director of Villa Romana. The team of atelier le balto, who works in Berlin and Le Havre, has redesigned the garden of the Florentine Villa. Brigitte Franzen, director of the Ludwig Forum, who has been a guest at Villa Romana for the Semaine de Jardin in 2009 will present the discussion.


Thanks to the very generous patrons of Villa Romana, Dr. Arend Oetker und Dr. Brigitte Oetker, the Villa will receive a temporary pavilion for events. During the Semaine de Jardin, 5.09. – 12.09., the pavilion, designed by the architects’ office AVATAR, is going to be put up in the garden of Villa Romana. The pavilion, which is placed between the upper Tuscan garden and the lower fruit tree meadow, will offer space for events of every type: concerts, lectures, screening, performances. The sketch of the young AVATAR-architects - Pier Paolo Taddei and Nicola Santini – from Florence presents a temporary construction of recycling materials (wooden pallets and tarpaulin), which on one hand satisfies the needs of the Villa and on the other hand - from a formal point of view - is a counterpoint to the classical main building. In its positioning it combines like a hinge both parts of the garden (the upper ornamental garden and the lower kitchen garden).

The catalogue Ogni Sempre of the Villa Romana-Fellows 2010, Kalin Lindena, Olivier Foulon, Eske Schlüters, Benjamin Yavuzsoy, has been published. It’s been conceived as an artist book by the fellows and it includes - besides their photo material - also the Thomas Bernhard text Wiedersehen, which - so far - was published only within the catalogue of the exhibition Zeitgeist (Martin-Gropius-Bau Berlin, 1982).


On 25 May 2010, 5 – 8 pm, Martin Pfeifle, Villa Romana Fellow 2010, as part of the supporting program of the Roman art fair Roma. Roma. The road to contemporary art inaugurates his installation Kiwi in the outer space of the Goethe Institut Rome. The work is curated by Angelika Stepken, director of Villa Romana. All foreign academies and cultural institutes in Rome have been invited to the ACADEMIES FEAST, organized by the fair.


The cooperation with the master course of the University of Florence will be continued from September 5th to 11th in a second edition of the Semaine de Jardin with atelier le balto (Berlin/ Le Havre) in the garden of Villa Romana.