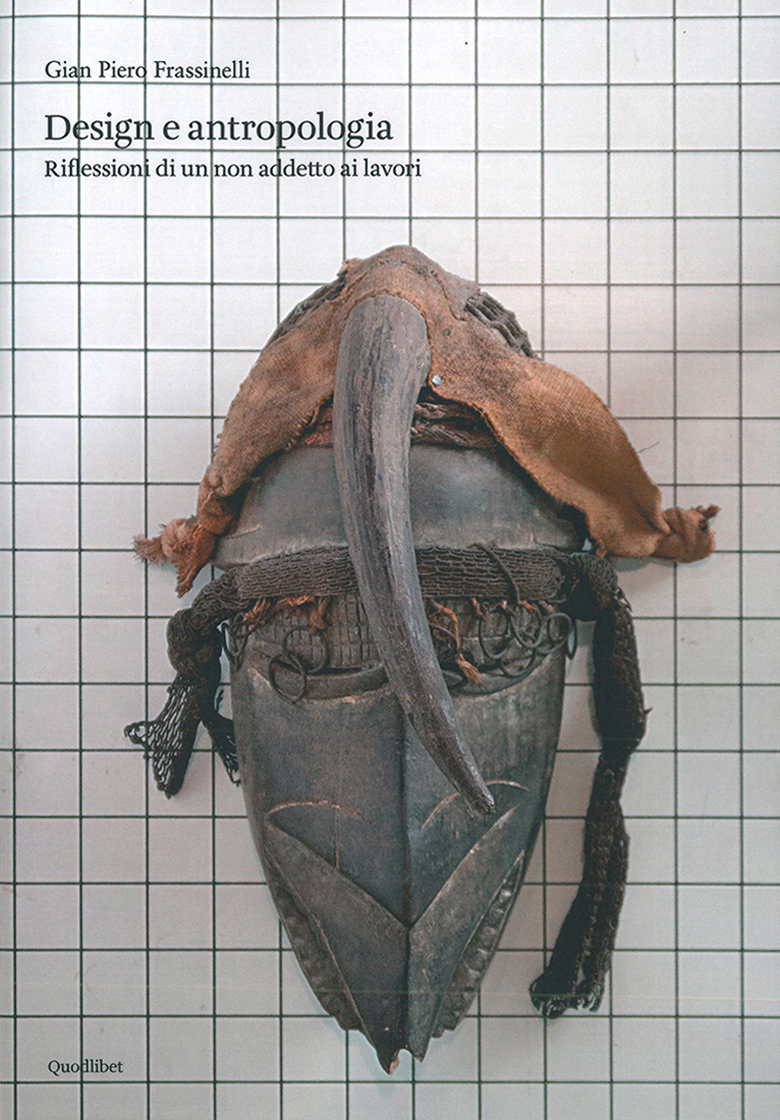 Since his university years, Gian Piero Frassinelli has been engaged in the study of architecture from the perspective of cultural anthropology. As a member of the radical Superstudio architectural collective, he used anthropology as a tool for analysing architecture and design. He has recently returned to the subject with a series of lectures, organically collected and re-edited in this book, where he initially focuses on pre-project analysis and on a definition of design, considering the ethical issues involved. He then moves on to give some examples of an anthropological analysis of objects – the beer bottle, the bar of chocolates, the hand grenade, violins, pistols; from aborigines´ tools to mathematical and economic models, to a reassessment of a designer now forgotten, but extremely relevant today: Victor Papanek. This is an independent analysis, but is also intended to be a continuation of his Superstudio experience, or rather, as Gianfranco Bombaci put it: "a journey in search of an alternative approach to design, which is too often conditioning and limiting, with the aim of finding an unexpected new path towards the creation of objects and spaces."


Gianfranco Bombaci (Rome, 1975) is an architect and founding partner of the firm 2A+P/A. He co-founded the architecture magazine San Rocco and the architecture gallery Campo in Rome. He has taken part in international design competitions, receiving various awards and honourable mentions. His projects and writings have appeared in international magazines and books such as Domus, Abitare, Architectural Review, L'Architecture d'Aujourd'hui, Costruire, Volume, Metamorfosi, A+t, Prototipo, Parametro, Archiworld and AR. His work was shown at the 11th, 13th and 14th International Architecture Exhibitions of the Venice Biennale and makes up part of the collection of the Frac Centre of Orlèans.  He is Visiting Lecturer at the School of Architecture of the Royal College of Art, London, and Director of the Design School IED in Rome.

Marco Brizzi (1967) is a critic and curator of events in the field of architecture and its communication. He teaches Architectural Design at the California State University in Florence, Theories of Architecture at the Kent State University in Florence as well as History and Methods of Design Communication at the University of the Republic of San Marino. He set up Image (www.image-web.org), a research group engaged in promoting the development of contemporary architecture, using his communication tools. In 2015, with the aim of sharing a rich heritage of material and ideas gathered together in a vast collection of architecture videos, he devised the Architecture Player, (www.architectureplayer.com). He is a member of the selection committee for the Mies van der Rohe Award. As director of arch’it he was finalist in the Gold Medal Award for Architectural Criticism at the Milan Triennial Exhibition.

Gian Piero Frassinelli (Porto San Giorgio, 1939) graduated in 1968 from the Faculty of Architecture of Florence University and joined the Superstudio collective, where he was involved in projects and writing articles relating to architecture and anthropology. From 1973 he worked on the Ornamental Plastic Arts course run by Adolfo Natalini at the Florence Faculty of Architecture. After the demise of Superstudio, he pursued his professional career focusing on property renovations and architectural projects, some implemented, like the Vierwindenhuis – the house of four winds – inaugurated in Amsterdam in 1990. From 2012 to 2017 he taught on courses of anthropology at the IED, European Institute of Design, in Rome. His publications include: Architettura Impropria (Sagep, Genoa 2017) and, as part of his work for Superstudio (published by Quodlibet): La Vita Segreta del Monumento Continuo. Conversazioni con Gabriele Mastrigli (2015) and Opere 1966 - 1978, edited by G. Mastrigli (2016).