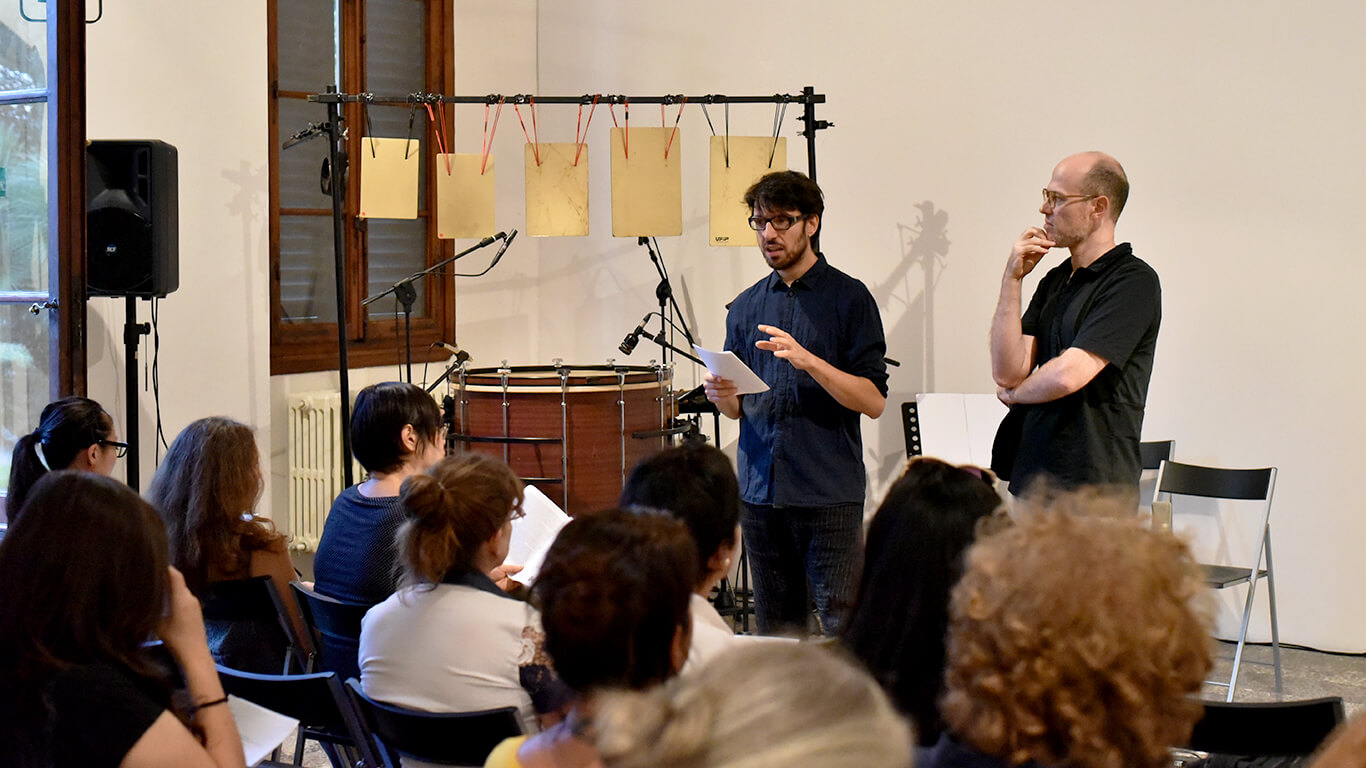 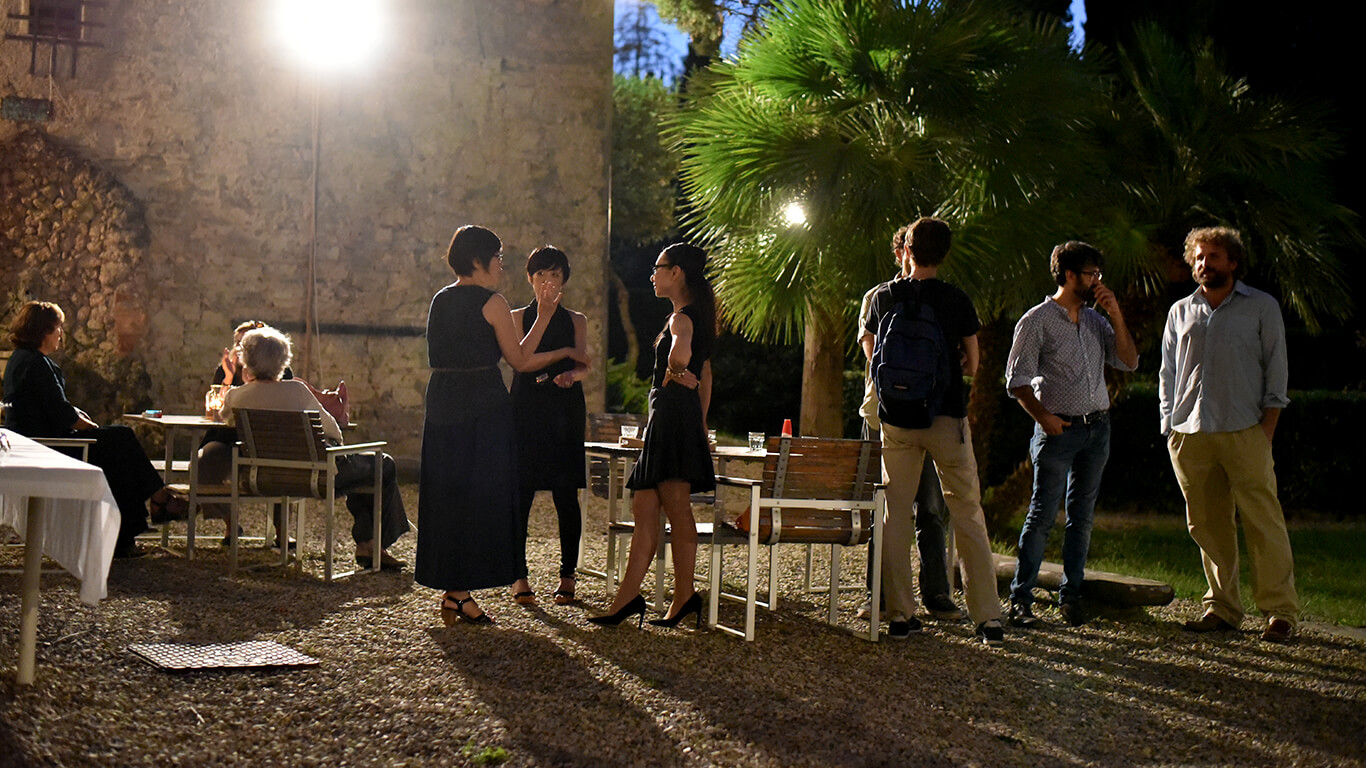 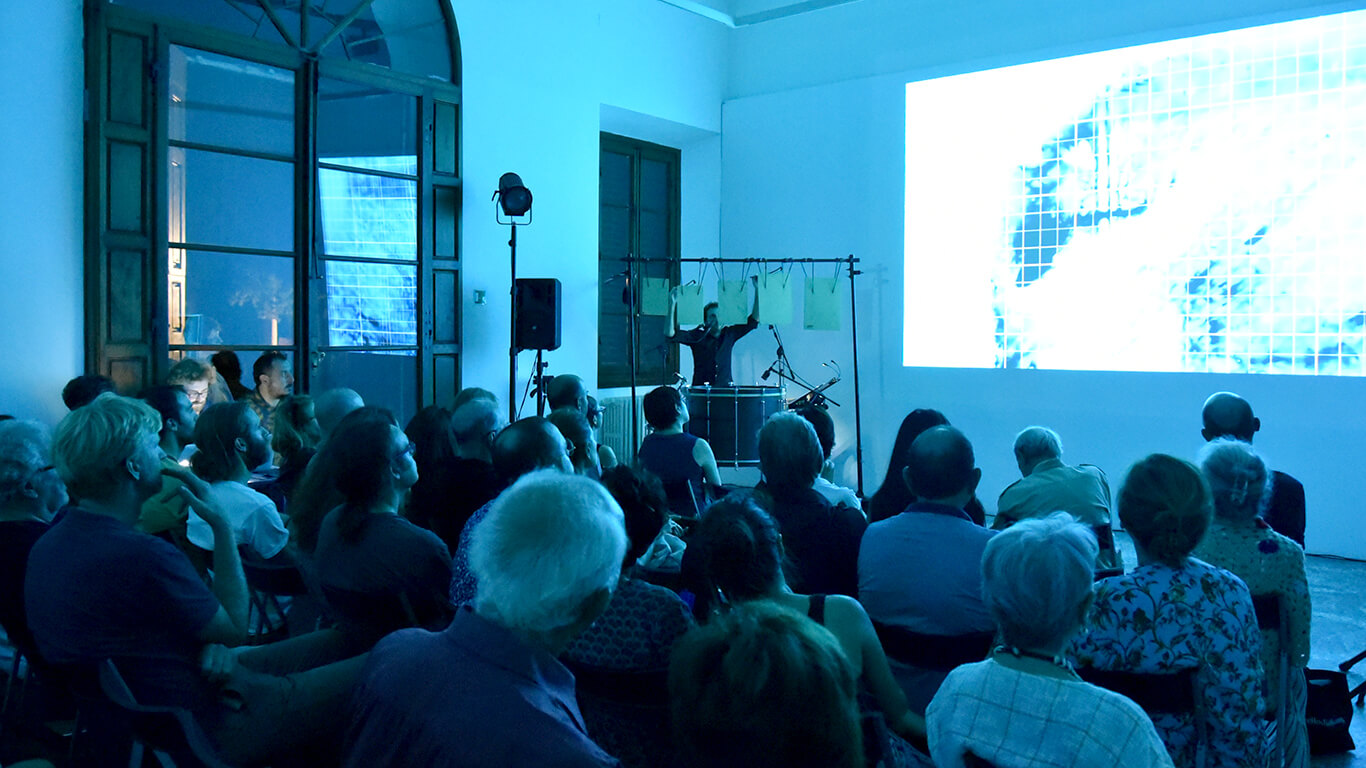 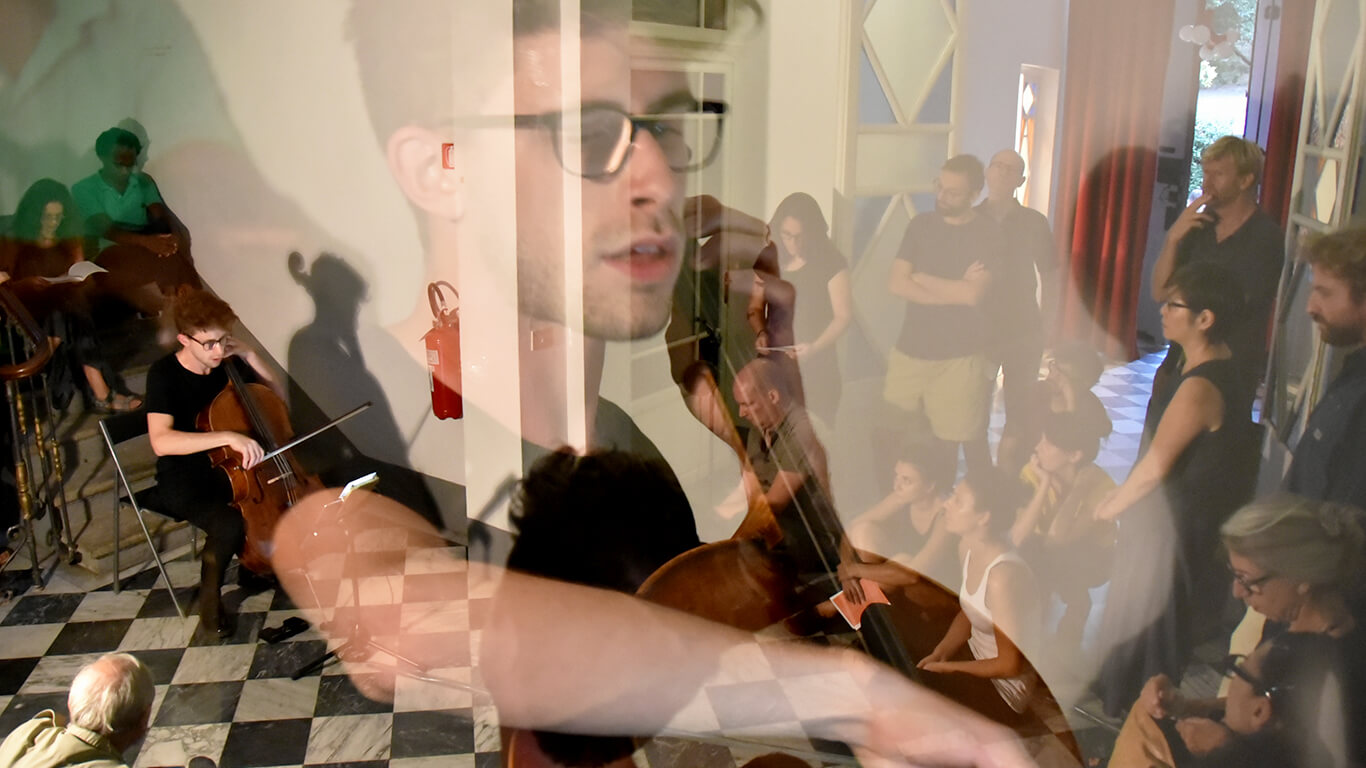 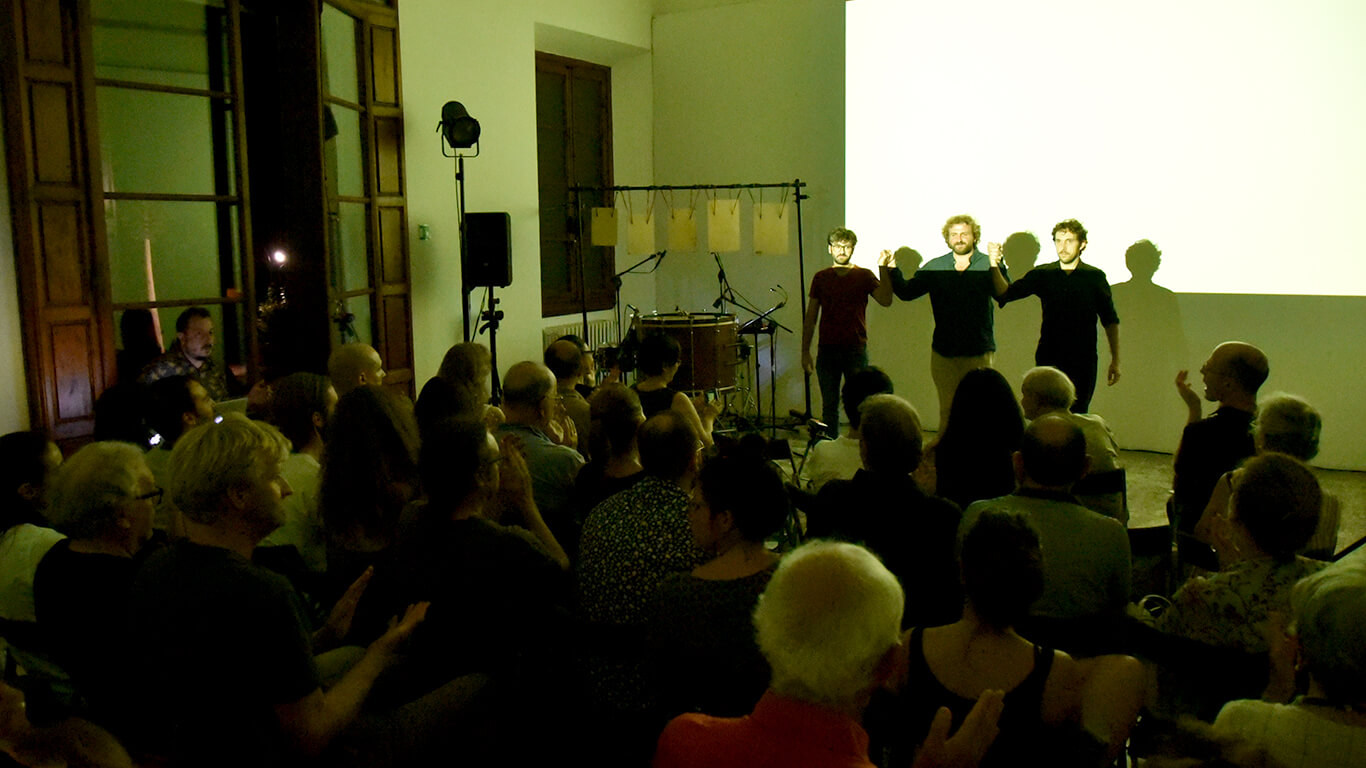 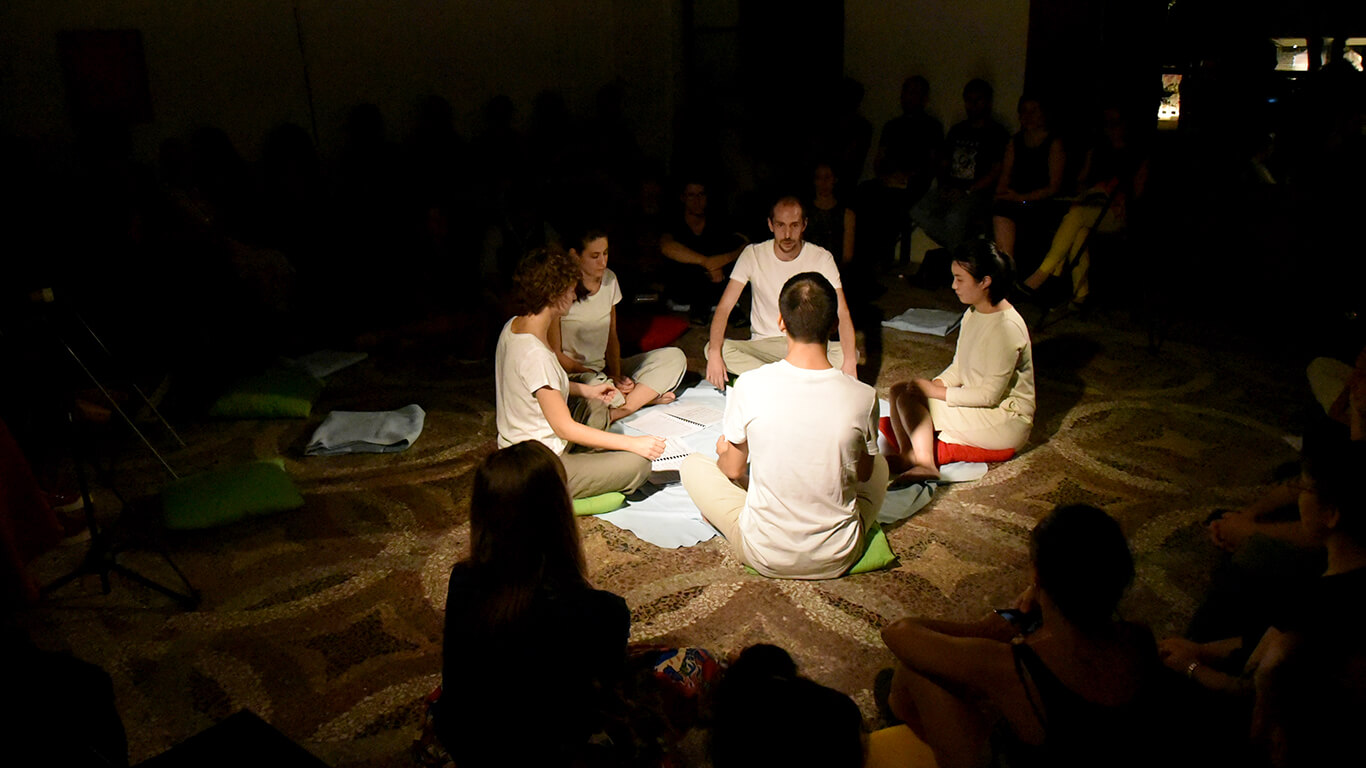 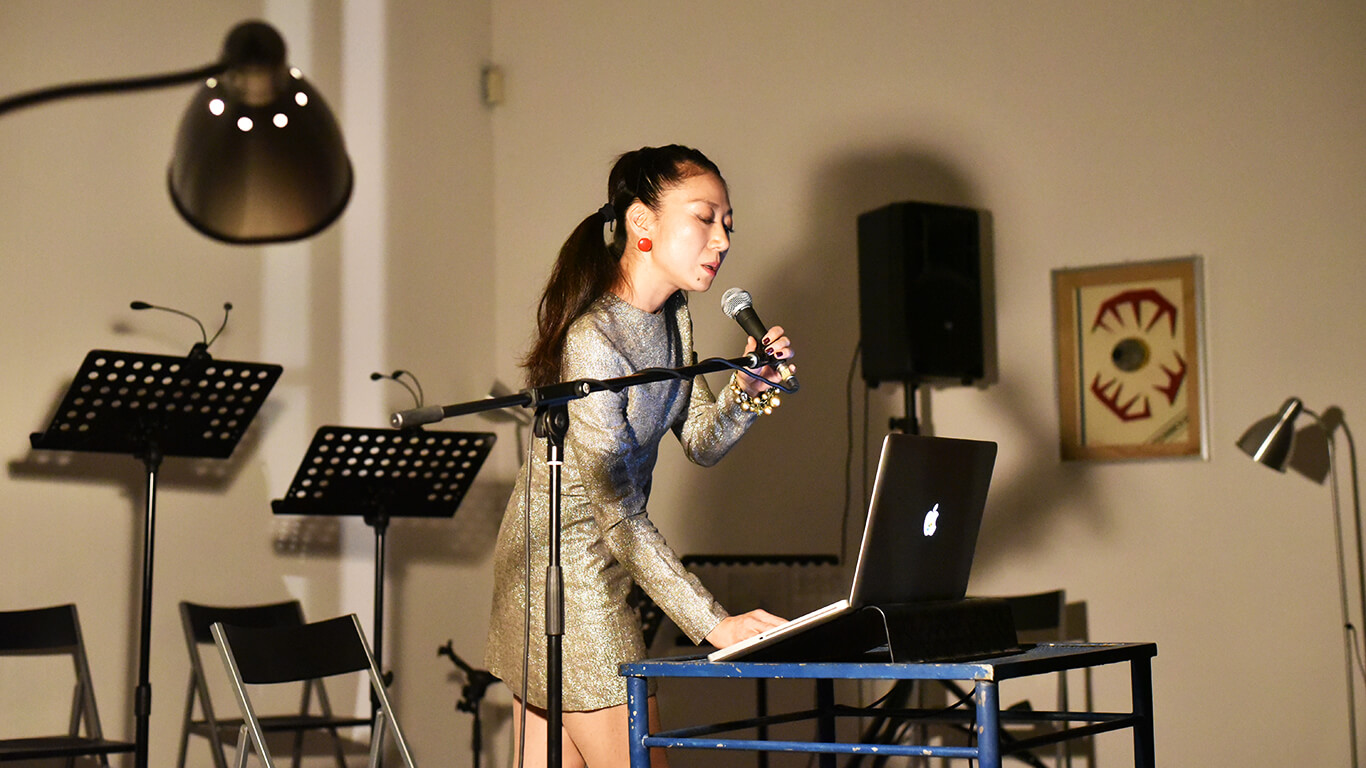 
The ninth edition of music@villaromana - the concert series curated by Emanuele Torquati and Francesco Dillon - goes by the title Timeless/Spaceless Polyphonies. It will follow the common theme of timeless and spaceless mutating polyphonies that are rich in assonances and references to worlds only seemingly distant from each other, from both the stylistic and temporal points of view.

The program of Timeless /Spaceless Polyphonies is distinguished by the superb level of accomplishment of the invited artists and the variety of events on offer. It is a quest for non-sectorial musical directions that bring together only apparently distant languages (classical and contemporary music, electronics, improvisation, figurative art and oral narration) through themes that go beyond categories and aim at speaking to (and helping to create) a curious and dynamic audience.
The crucial pivot of Spaceless Polyphonies (15 - 16 September), will be Occhi, un tempo mia vita, the new Pocket Opera by the Japanese composer Noriko Baba, selected by the event curators for its original combination of a solid compositional discourse and a fertile dialogue with the music of the past. Noriko Baba was in fact invited to Villa Romana as a Composer in Residence in the months prior to the festival, so that she could mould her creation to the interior and exterior spaces of the location. The Pocket Opera is inspired by the first book of madrigals of Michelangelo Rossi (1601- 1656), a Roman composer of the Baroque period and a violin virtuoso, whose compositions were published only recently, in 2002. The most striking aspect of Rossi’s madrigals is their daring chromaticism, definitely inspired by Carlo Gesualdo, which is reworked by Baba through a creative process of aperture towards the antique repertory. The performers of the Pocket Opera will be a trio of skilled Italian musicians who come together in the Pocket Ensemble, while the vocal part of the work will be entrusted to the Zero Vocal Ensemble, a formation of indubitable prospects formed under the guidance of the great soprano Monica Bacelli.
In a perfect continuation of the Polyphony of oriental and Japanese matrix, the Night Concert will star the fascinating electronic musician and vocalist Tujiko Noriko, who took the critics by storm with her album My Ghost Comes Back, an evocative example of glitch electronic music. The following day, our guest will be one of the most interesting Italian composers of his generation, Matteo Manzitti from Genoa, founder of the Ensemble Eutopia. The work presented in world première is KALA – In viaggio verso il volto, dedicated to the memory of Giulio Regeni, an Italian researcher who was brutally tortured and then killed in Cairo in 2016. This is hence a work of denunciation, almost political, comprising a video component by Pietro Puccio with the composer himself in charge of the electronic component. The performance is entrusted to the expertise of the percussionist Simone Beneventi, a member of prominent ensembles such as MDI and Klangforum, framed by a set of solos by the violoncellos of Michele Marco Rossi and Leo Morello and the clarinet virtuosa Chiara Percivati.
This will be followed by a set performed by the voices of Zero Vocal, dedicated to Karlheinz Stockhausen to mark the 90th anniversary of his birth. His Indianerlieder cycle will provide a perfect conclusion to the itinerary of Polyphonies launched in June with a journey through the music of Thomas Larcher.

With the generous support of