One evening, two generations of writers and their success stories:
Sabrina Efionayi and Pap Khouma 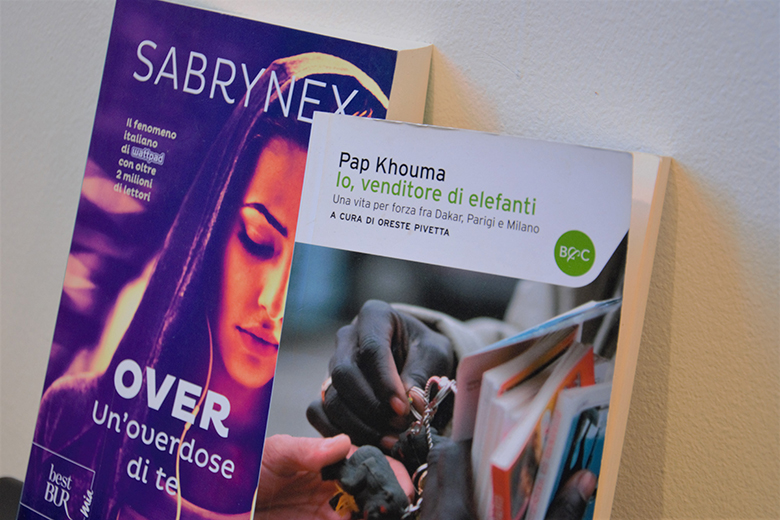 
On 30 May at 7.30 pm, we are delighted to invite you and your friends to an evening of readings with Sabrina Efionayi and Pap Khouma. The two writers - now well known to the online and offline public - will be introduced by Giulia Riva from Griot, a bookstore in Trastevere specializing in African literature. Following the readings, there will be an open panel discussion with the audience.

Born in Castel Volturno in 1999, Sabrina Efionayi, known on social networks as Sabrynex, is a very young writer of Nigerian origins. At just 14 she published her first novel Over, a work that made her famous on Wattpad, one of the largest online literature communities in the world. After two years from the publication and three million online readers, Over, un'overdose di te was published in paper form by Rizzoli. In 2016, she released her second novel, also with Rizzoli, Over 2. In 2017, the author, a point of reference for the young adult genre, published #TBT. Indietro non si torna, presented at the last Pisa Book Festival. Sabrynex also publishes on the website www.smemoranda.it.

Pap Abdoulaye Khouma is a Senegalese writer who immigrated to Italy in 1984. He is the Chief Editor of El Ghibli, an online magazine of immigrant literature and a very important figure in Italian literature. He is the founder and editor of Assaman, an online African-Italian information magazine . In 1990 he published his autobiography Io, venditore di elefanti, (I was an Elephant Salesman) which tells the stories experienced by Pap Khouma himself in the first years after his immigration. In 2005, Khouma published the book Nonno Dio e gli spiriti danzanti and in 2010, Noi neri italiani.