Which Times do you Embody?
Artistic research on the colonial and intercultural present 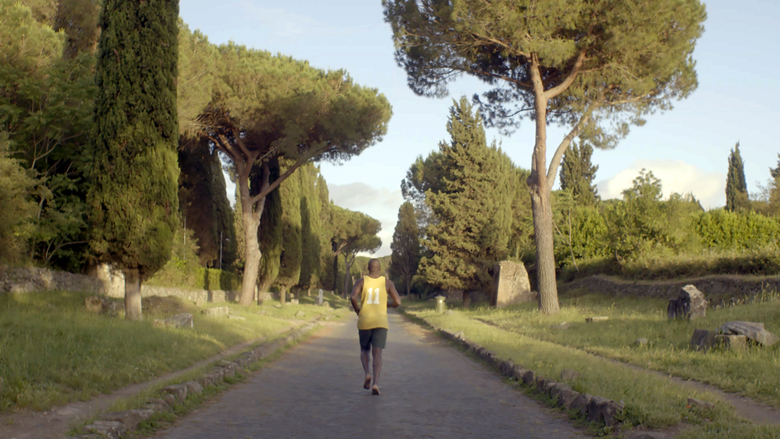 
How is history inscribed in the body? Who embodies which histories? Which bodies represent which histories? And which voices do not become a part of history? How can we re-contextualise history, verify its institutional power?
With a series of four performative acts, readings and film presentations, the evening is dedicated to artistic reflections on postcolonial praxes, with its strategies and omissions.


Alessandra Ferrini, born in Florence 1984, is a London-based artist, researcher and educator. Her practice is rooted in lens-based media, (post) colonial and memory studies, historiographical and archival practices. Gaddafi in Rome: The Expanded Script is a performative lecture based on the essay film Gaddafi in Rome: Notes for a Film. The film which is still in production – explores a political event that led to the use of real-time reporting on an unprecedented scale by a popular newspaper, La Repubblica: the 2009 meeting between Silvio Berlusconi and Muammar Gaddafi in Rome. The online newsfeed published (and archived) by La Repubblica, will be turned into a film script. Mixing text, YouTube videos, archival material, footage shot in Rome, and the use of low-fi 35mm film, Gaddafi in Rome will be framed by a reflexive voiceover that aims to bring out the performative aspects of contemporary, international politics.

Nina Fischer & Maroan El Sani live in Berlin and have worked together since 1993. The two artists make use of the imaginative and suggestive qualities of the medium of film to reinterpret social and urban spaces. Evok­ing the Olympic marathon in Rome in 1960, in which the Ethiopian Abebe Bik­ila won the African con­ti­nent’s first gold medal, run­ning bare­foot and be­com­ing a sport­ing leg­end and a sym­bol of the Africa that was free­ing it­self of colo­nial­ism, Fis­cher & El Sani have re­-con­tex­tu­alised, amidst Rome’s ra­tio­nal­ist ar­chi­tec­ture, a new race in­volv­ing refugees and im­mi­grants. With this race they are stak­ing a claim to their free­dom of move­ment, also un­der­stood as the pos­si­bil­ity of being wel­comed in an­other coun­try.

Heide Hinrichs, Villa Romana Fellow in 2015, lives in Brussels (B) and Hatten (D) and teaches at the Royal Academy of Fine Arts in Antwerp. She has just published the unauthorized German translation of Theresa Hak Kyung Cha’s book DICTEE side by side with the 1982 and 1995 printings of DICTEE. Cha was an artist born 1951 in Busan during the Korean War. Her family left Korea for San Francisco in 1963. A week after DICTEE was published in November of 1982, Theresa Hak Kyung Cha was raped and murdered in New York.
"I follow the nine paths you are offering: leading from the dark, deserted place of trauma and exile to the lit place of a welcoming home, giving voice to the neglected, layered, colonized and gendered experience. One of the hundred thousand readings of your avenues into memory is manifested here as a tribute, to be reread, retold and reheard again in order to not repeat history in oblivion." (Heide Hinrichs)

William Locke Wheeler und Stefan Pente (Villa Romana fellow in 2017) live in Berlin and have been collaborating for many years: "To partake in a so-called postcolonial discourse, we will critically address and question the physicality, sociality, politicality of white bodies' engagement in processes of decolonization by making use of personal experience. In the current stage of our transformation (breakup, separation) after eighteen years of working and living together as lovers, partners, collaborators and friends, we draw from the experiences of mutual disentanglement and extrication.
As two white, bio-male, queer, middle-aged, European /North American individuals, we will perform two separately conceived choreographies simultaneously in the same space in order to dance archaeologies of the self, withdrawal, co-, in- and dependence, de- and re-territorializations, accord and discord, discovering the self as entangled, and turning away from the other as one´s mirror." (William Locke Wheeler und Stefan Pente)


with the generous support of