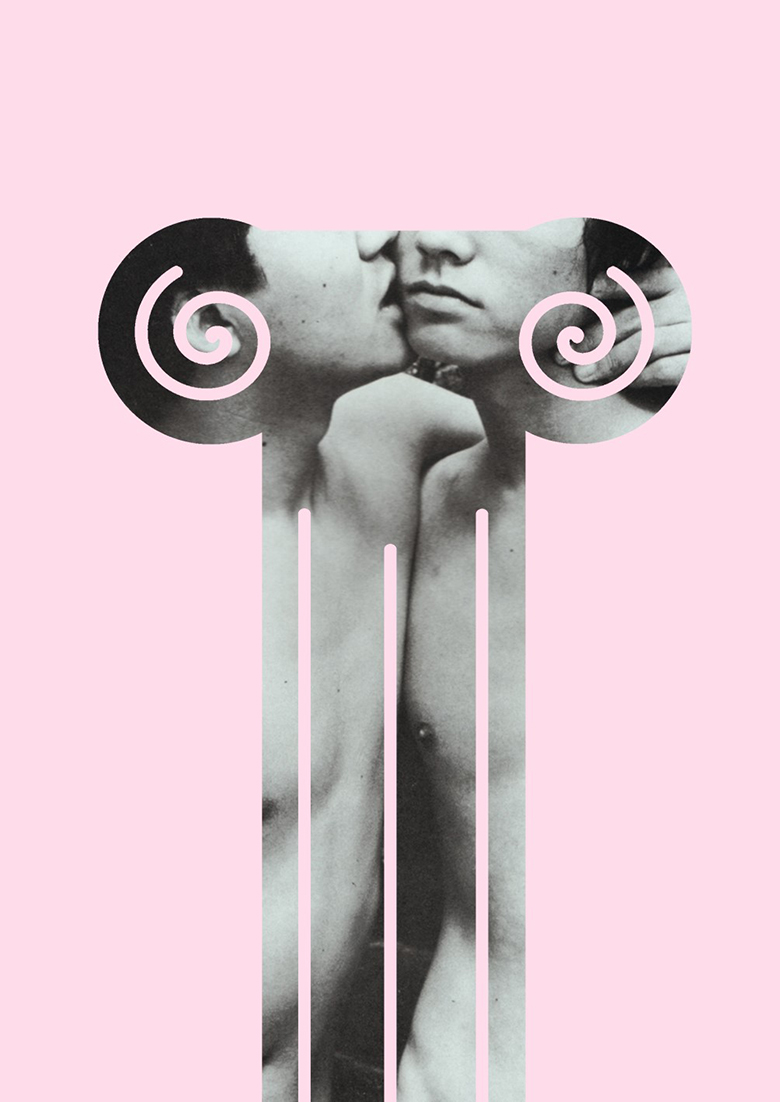 Whispering Catastrophe is the fourth volume released by SelfPleasurePublishing, an independent editorial project about homosexuality and language initiated and run by Miliani since 2014. SelfPleasurePublishing does not have a regular distribution. Every book enters circulation through special performances and events.

Whispering Catastrophe is the outcome of a collaboration between artist Jacopo Miliani and curator Sara Giannini. Together they propose a trajectory through different definitions concerning man-to-man love in Japan with a specific focus on visual censorship of the male body, non-normative eroticism, and the history of queer publishing.

Whispering Catastrophe presents five original essays by Giannini and Miliani, as well as several illustrations featuring old and rare underground magazines, books, and other visual materials by renowned photographers such as Tamotsu Yatō and more underground figures such as Kurō Haga.

Artist Jacopo Miliani and curator Sara Giannini have been collaborating in different projects since 2012.

Sara Giannini is an independent curator, teacher and writer based in Amsterdam. Informed by her background in theatre and semiotics, she is drawn towards the interlinking of language and performativity across a variety of (artistic) practices. As an independent curator she has initiated experimental collaborative projects such as the VOLUME project (in collaboration with 98weeks, Beirut, 2013-2014), the web-publishing platform Unfold (2015-ongoing), and the curatorial initiative Heterotropics (Amsterdam, ongoing). Her projects have taken place in institutional settings, urban contexts, online platforms and independent project spaces, including Jumex Museum, Mexico City; documenta 14, Athens; the Museum of Modern Art, Kunsthalle São Paulo and Casa do Povo, São Paulo; de Appel, Stedelijk Museum, Rijksmuseum and Tropenmuseum, Amsterdam; 98weeks, Mansion, Assabil Public Libraries, Beirut, M HKA, Antwerp. Since 2017 she is part of the core tutor team of the If I Can’t Dance Class at the Dutch Art Institute. https://dutchartinstitute.eu/page/10171/sara-giannini
http://heterotropics.com/participants/sara-giannini/