ART IS ALWAYS PUBLIC
AN ARTIST'S FILM EACH WEEK! 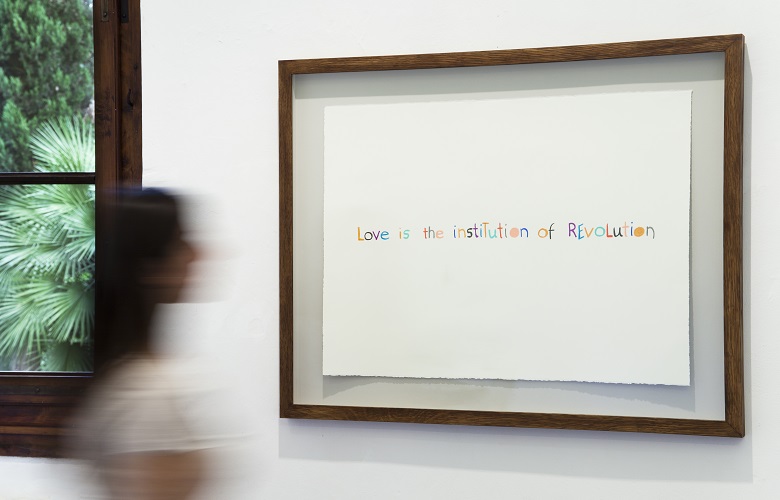 Dear friends of Villa Romana,
how can we maintain closeness and exchange when the survival motto these days is social distance? With a film programme we would like to maintain a form of public and an attention towards artistic productions. In a state of emergency, as we all live it now, together and individually, these can generate forms of friendship, courage and solidarity.

Every Wednesday in the next few weeks we will share an artist´s film online, which has been produced in or around Villa Romana in recent years or was shown here. There are also some new releases!

We would like to thank all participating artists for connecting with us, with you and with each other in this way and for agreeing to show their films in private formats - instead of a big screen. The programme of the next weeks includes films by Mikhail Karikis, Shannon Bool, Lerato Shadi, Sophie Reinhold, Fide Dayo, Mario Rizzi, Maya Schweizer, Eleni Kamma, Dani Gal, Karolina Bregula, Andrea d´Amore, Alessandra Ferrini, Clemens von Wedemeyer and others. 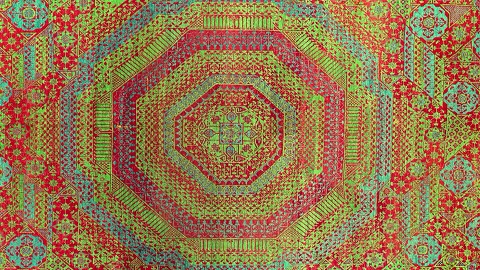 Shannon Bool made the video Forensics for a Mamluk during her stay as a Villa Romana Fellow in 2013. In many of her works Bool deals with the motif and ornament of carpets. In Florence she was in dialogue with the carpet expert Alberto Boralevi, who in 1982 rediscovered and identified a large-format Mamluk carpet from the first half of the 16th century in a sealed chamber of the Palazzo Pitti, which had been believed lost. It is considered one of the rarest and most precious carpets in the world.
For Shannon Bool´s filming, the carpet was taken out of storage and rolled out. The video is composed of extreme close-ups, adjustments to the RGB colour palette and camera pans on the carpet´s motifs and texture. It transfers the Florentine experience of the so-called Stendhal Syndrome to the film montage and at the same time addresses the density of information of a material that does not belong to the canon of European art history.

Shannon Bool, born in Canada in 1972, teaches as a professor at the Kunsthochschule Mainz and lives in Berlin; in her paintings, carpets, photograms, sculptures, and installations she combines media of the fine arts with craft techniques and dedicates herself to a history of the gaze. 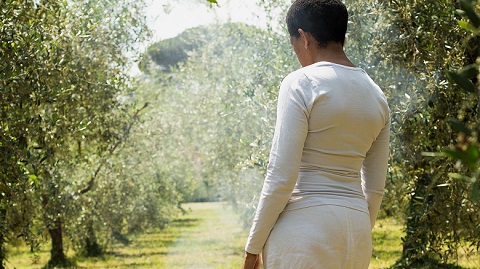 MOSI KE O NE … looks at erasure and asks if it's possible to make whole again what has been lost, essentially questioning if it is possible to reverse time. Can lost knowledge be reclaimed? Can time be reversed? Is it necessary to reverse time? The video connects a recovery of a lost history to the recovery of a personal self. The digging up of bones, treasures and a restorative fire. The video taps into a well established visual archive of using a book to mean knowledge and fire to mean destruction.

Lerato Shadi, born 1979 in Mahikeng, South Africa, lives and works in Berlin. She was a Villa Romana Fellow in 2018. Her artistic practice is concerned with body politics. This involves institutional violence, patriarchal and colonial strategies of exclusion and forgetting, and resistant subjective narratives.
Working across video, performance and installation, and often employing repetitive processes, she argues the importance of centering – not just including – the marginalised body as a main figure of narrative experience. 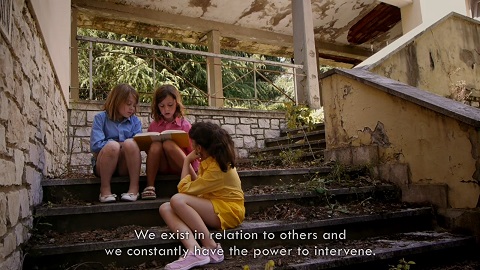 Children of Unquiet is a body of work by Mikhail Karikis that takes place within the intricate natural, historical and socio-economic context of the geothermal area of the Devil’s Valley in Tuscany, Italy. Known for its legendary association with Dante’s Inferno, this is the very location where sustainable energy production was invented 100 years ago and where the first geothermal power station in the world was built, in the village of Larderello. Until recently, a community of around five thousand people lived there in a group of iconic modernist industrial villages planned by italian architect Giovanni Michelucci. Following the introduction of automated and remote operation technologies by the industry, unemployment increased and prospects for the young became limited resulting in the rapid depopulation or abandonment of entire villages.
At the centre of Karikis’s project is this homonymous film, which he produced in collaboration with children from the region. The film orchestrates a children’s take-over of a deserted workers’ village and its adjacent industrial and natural locations. The film has been shown in major biennials, group and solo shows internationally and all together in about 50 exhibitions. The exhibition Children of Unquiet took place at Villa Romana in 2014.

Mikhail Karikis is a London-based artist whose practice emerges from his ongoing exploration of the role of sound and the human voice in creating a sense of collectivity that shapes people’s lives and professional identities, and challenges dominant political and cultural conventions.