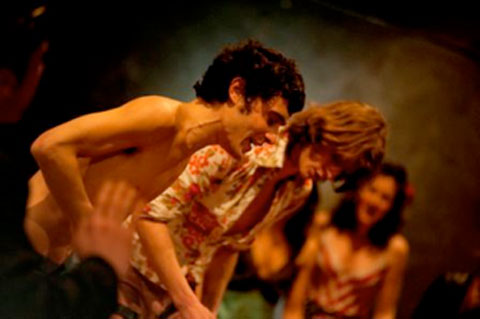 During a PARTY organized by Villa Romana Workcenter’s Open Program will perform Electric Party Songs: a flow of songs and actions created from original poems of A. Ginsberg. The members of this international group elaborated and composed all of the songs, approaching the meanings, rhythms and sounds of the spoken texts as the seeds of musical and dramatic creation. Their varied backgrounds generate a stylistically diverse body of music, drawing inspiration from blues, rock, pop, opera, punk, and traditional sources. Within this research, the team weaved its investigation on traditional songs of the South of the United States, on their possibilities of triggering performative processes and their potentialities of catalyzing contacts and interactions.

In an informal and intimate context within small social gathering spaces Electric Party Songs takes place, inviting and welcoming the spectators in close proximity to the center of the action.