9 pm
Screening and talk with the filmmaker ismaël 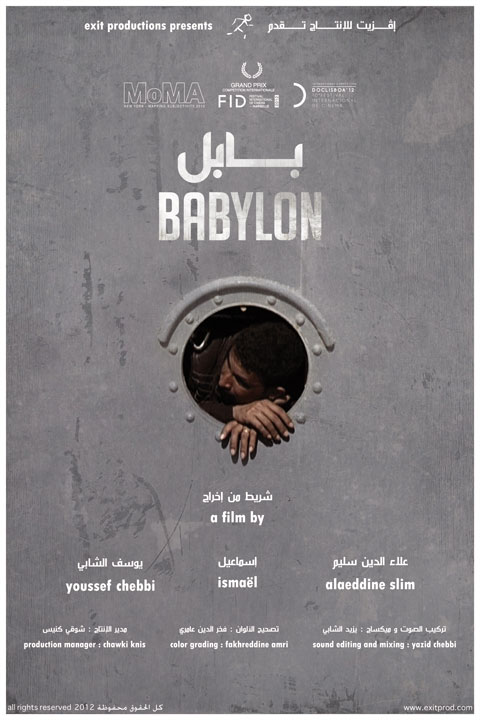 
After the insurrection erupted in Libya in the spring of 2011, more than a million people flocked to neighboring Tunisia in search of a safe haven from the escalating violence. When a massive refugee camp was hastily constructed near the Ras Jdir border checkpoint in Tunisia, a trio of filmmakers carried their cameras in and began filming with no agenda. This on-the-fly chronicle of the camp's installation, operation, and dismantling captures a postmodern Babel complete with a multinational population of displaced folk, a regime of humanitarian aid workers, and international media that broadcasts its image to the world.


ismaël
Filmmaker, videographer, photographer, author and activist, Several of his works have been shown at festivals of contemporary art and cinema, galleries, museums, art centers, online projects... He published a poems anthology entitled Letters to the death and an essay on Tunisian cinema entitled Cinema in Tunisia.

Youssef Chebbi
Filmmaker and musician. He´s the screenwriter and the director of two short films awarded on international festivals and broadcasted on televisions : Northerly and The Depths.

Ala Eddine Slim
Director of several short films, documentaries and art videos such as: The Fall, The stadium, The night of the dreamers, Diary of an important man...
He´s also the producer and the editor of films directed by the Tunisian new generation of filmmakers.