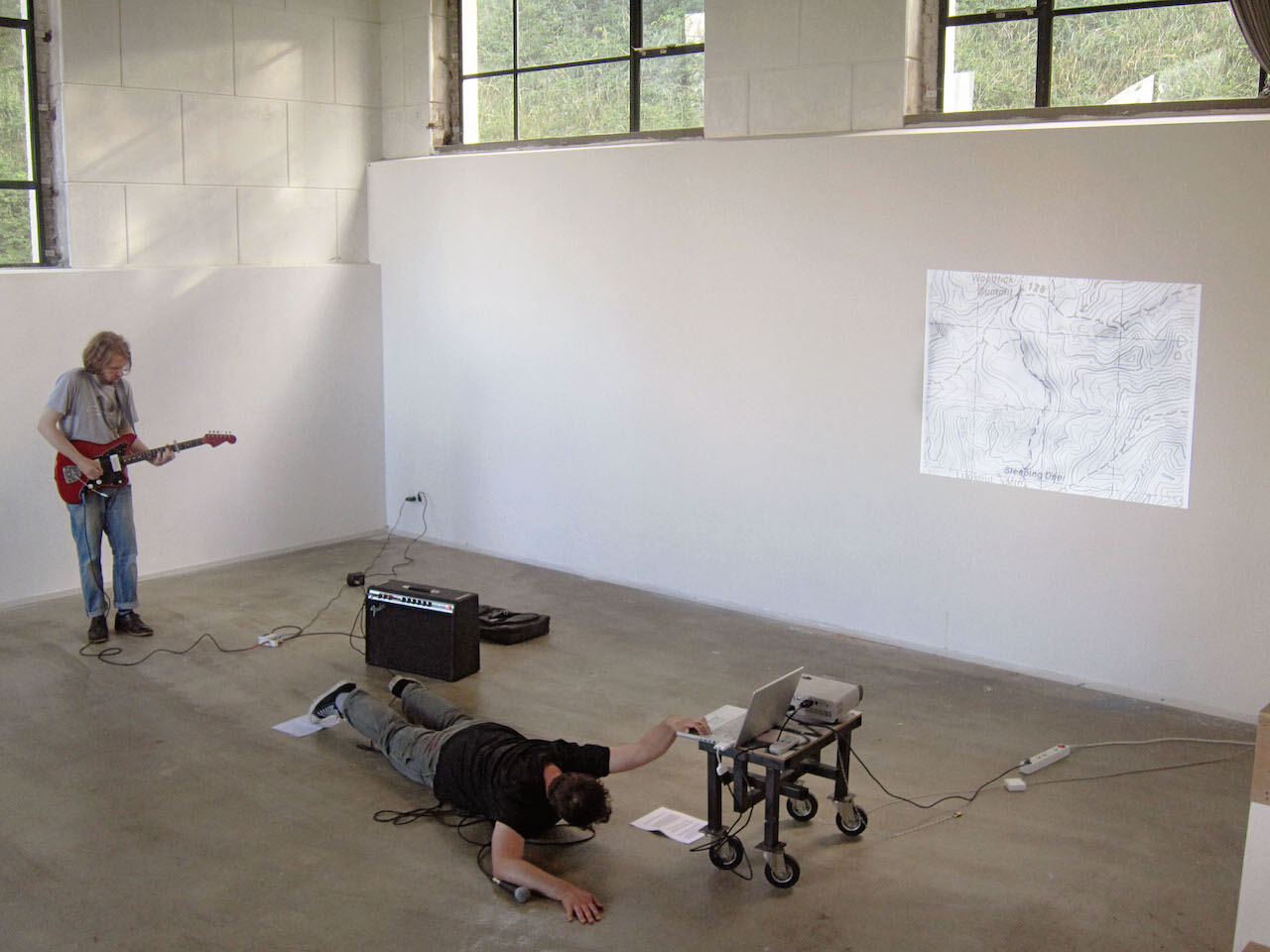 Jeremiah Day, The Frank Church - River of No Return Wilderness, 2011

"Who are we? We are nothing but a predicate in the poem: / Iraq’s night is long"
Mahmoud Darwish

This slide-show / music / speech / improvised dance performance draws upon the history of the short lived "American Anti-Imperialist League" as the basis for investigating and evoking the war and anti-war centers of Kaiserslautern, Germany.

Next to Ramstein Airbase with its daily flights to Afghanistan and other US and NATO theaters, and Landstuhl Medical Center, the crucial hub for moving wounded across the global battlefields, Kaiserslautern is also home to The Clearing Barrel Café, a "safe space" for anti-war activism and soldier support started by Iraq Veterans Against the War.

Jeremiah Day’s practice integrates photography and an improvisational, moving/talking performance method into an idiosyncratic and personal mode of description. The historical and the political are reflected through embodiment, incarnation and encounters with sites of memory. Day is accompanied by Bart de Kroon, an Utrecht, Netherlands based musician who also possesses degrees in Psychology and Genocide Studies and who frequently collaborates with Day as guitarist and dramaturge.

Jeremiah Day (1974, USA) graduated from the University of California, Los Angeles and attended the Rjiksakademie de Beeldende Kunsten in Amsterdam. His work has been presented at Ludlow 38 in New York, the Centre George Pompidou in Paris, Essays and Observations in Berlin and the 2014 Liverpool Biennial, which originally commissioned this performance project. In 2015, Day and Can Altay will show their collaborative work "You Can't Go Slumming" in the Thessaloniki Biennial. Day is living and working at Villa Romana until November 2015.