Mona Marzouk: RENOVABITVR (RENEWAL)
You and your friends are cordially invited to the opening on Thursday, July 2 at 7.30 pm.
6.30 pm: Mona Marzouk in conversation with Angelika Stepken
Opening hours: Tuesday to Friday 2 to 6 pm and by appointment 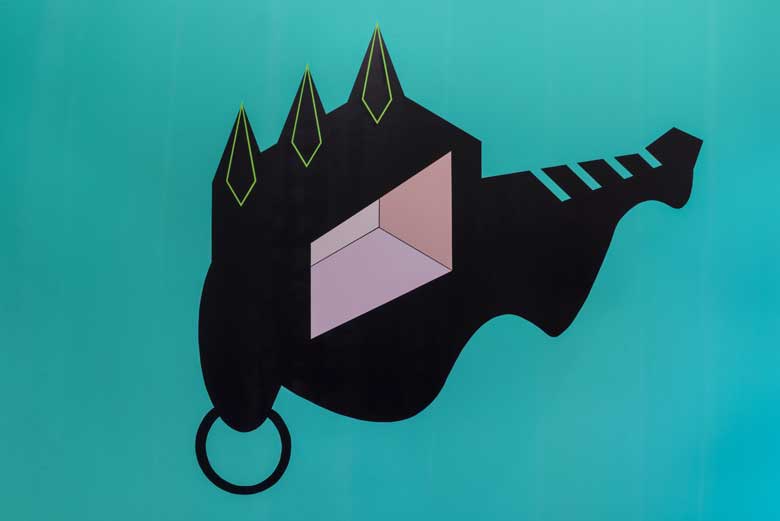 Once upon a time, a family ruled over a small republic for many generations. Their ruthlessness and hunger for power was insatiable yet their dedication to the advancement of knowledge, art, and science was prolific. Supporting the most prodigious artists and scientists of their time their contribution helped pave the way for the Copernican Revolution yet they committed countless crimes and inspired the world’s most famous treatise on political realism. They survived revolts, coups, and long exiles only to remerge in renewed form as powerful clergy. Their capacity for renewal was commemorated by one of their later members in a new family motto RENOVABITVR inscribed around the image of a wheel with a long nail hammered into the top of its rim. Like a nail stuck into the material of time itself their powerful presence will be felt and their contributions to the advancement of mankind will not go unnoticed. Today they have renewed themselves once again, they are our enemy, they are our patrons, they are the infrastructure through which our data passes and through which we progress, and they are the surveillance technologies that can capture our every move. They are the high-tech labs that are working to rid us of malicious inherited diseases in the future and the financial powers that seek to bind our healthcare to the rules of profit. You will find them in these forms, prepared as ever for renewal.

Villa Romana is very pleased to introduce the Egyptian artist Mona Marzouk and a new mural project conceived especially for the Villa Romana. Mona Marzouk dedicates her artistic work to the construction of hybrid civilizations. With monumental sculptures and murals that are equally subtle and brutalist she fictionalizes the interrelationships between binary concepts such as culture and nature, past and progress, subordination and autonomy. Her paintings generate biomorphic creatures and futuristic spaces that imagine the complex entanglements of individual and social processes and compress this complexity into stripped-down forms.