Saturday, 3 September, during the Open Studios event, from 5 to 12 p.m. 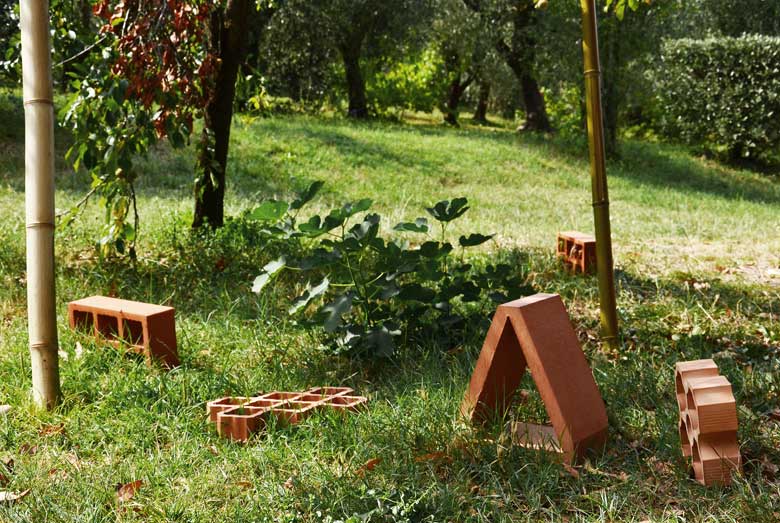 Stefan Vogel, winner of the Villa Romana Prize 2016, has designed an Artists’ Bar for the garden of Villa Romana which will be officially opened during the Open Studios event. After four months’ residence at Villa Romana, the idea emerged of creating a social and sculptural site: a place where artists could meet and dialogue, consolidate friendships and foster new projects unfettered by all the commercial interests of the city. In the future the Bar will be offered as a self-managed place of meeting for both local artistic milieux and the guests of Villa Romana. The structure of the Bar is made from bricks of Tuscan terracotta both glazed and unglazed, like the ornamental bricks normally used on terraces. It consists of a vertical plane and a horizontal one which delineate options of space and action.

The Tremolino Artists’ Bar was created in liaison with the students of the Accademia di Belle Arti of Florence and is part of “Cantiere Toscana”, an experimental project of new training and production patterns through a contemporary art network in Tuscany.

Stefan Vogel (born in 1981) lives in Berlin. The artist works on his paintings, collages and installations often exploring the threshold between different dimensions: text and image, fragment and narration, two and three dimensionality, moderation and aperture, image and space.

The Tremolino Bar will continue to be a benchmark in the years to come, acting as a magnet for interested artists!

This project was carried out within the context of "Toscanaincontemporanea2016”