Philosophy in bed or Eva's aria 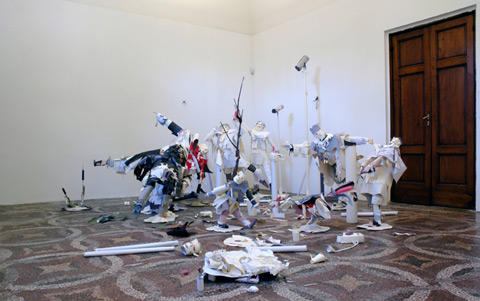 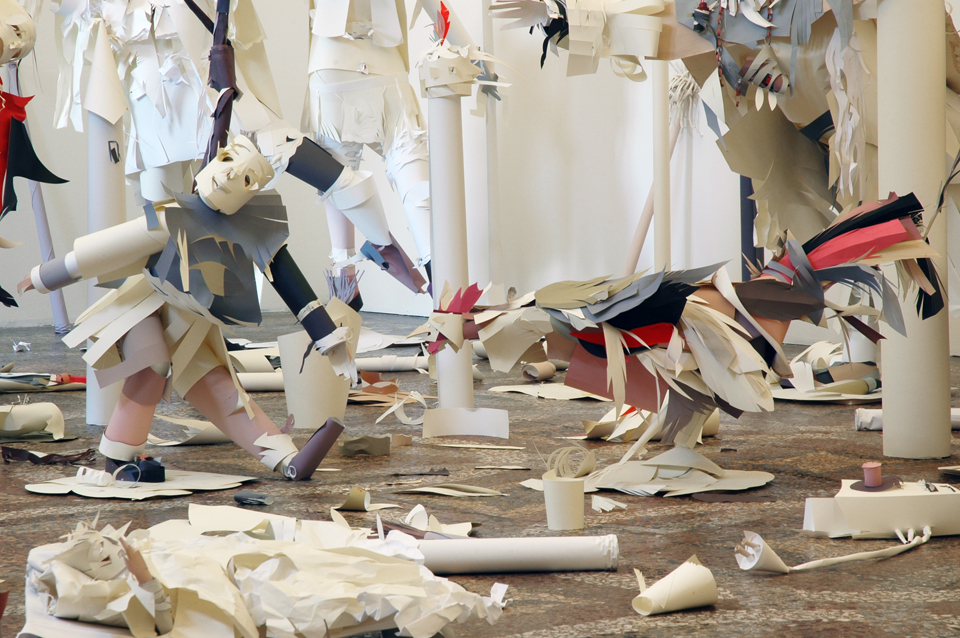 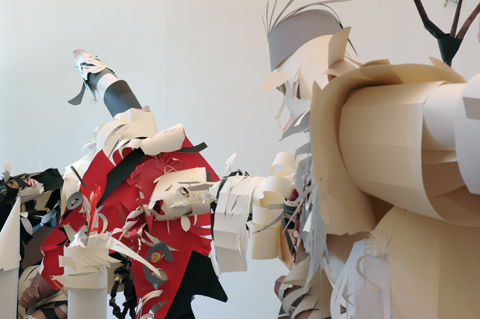 Karen Sargsyan was born in a Yerevan (Armenia) in 1973 and he lives and works in Amsterdam. He was resident in Villa Romana in March and April as guest artist and created a number of works including a new series of sculptures in paper with the allusive title of Philosophy in bed or Eva’s aria. It draws inspiration from the biblical theme of the original sin which the artist depicts in a theatrical setting.

"In my opinion, paper is a very interesting material to work ith. In the history of mankind a great many things were and are linked to paper. I mean that all sorts of information on paper have been passed on from generation to generation. The sculptures I make are theatrical personages in shape. They are made in the spirit of melodramatic and a bit overdone but at the same time very much intimate and close to heart as many things in our everyday life are.

Initially I worked with clay as well. I used clay to represent the way of thinking, the mentality of people living in one place or another and the steps that each human has to make to become a personality in the different periods of the formation of human beings. That time the figures I made in paper were intended to represent the religious part of humanity, which was meant to free mankind from external needs. I tried to express myself by showing what a person could be without being under pressure from these external factors and without being subjected to the forces of inevitable circumstance.

That idea turned out to be utopian. I started to convey my thoughts as though they were played by actors on stage, a kind of mutual performance based on the ideas mentioned above.  It worked and still works. My installations are open stages for me to express my soul and my mind.”(Karen Sargsyan)

Karen Sargsyan won a scholarship for the Rijksakademie in Amsterdam for 2006 and 2007. His works have been exhibited in a number of places such as KölnShow2 at Galerie Christian Nagel, Galerie Juliette Jongma Amsterdam, Bonnefantenmuseum Maastricht and the Harris Lieberman Gallery New York. In 2007 he won the Thieme Art Award, Art Amsterdam.