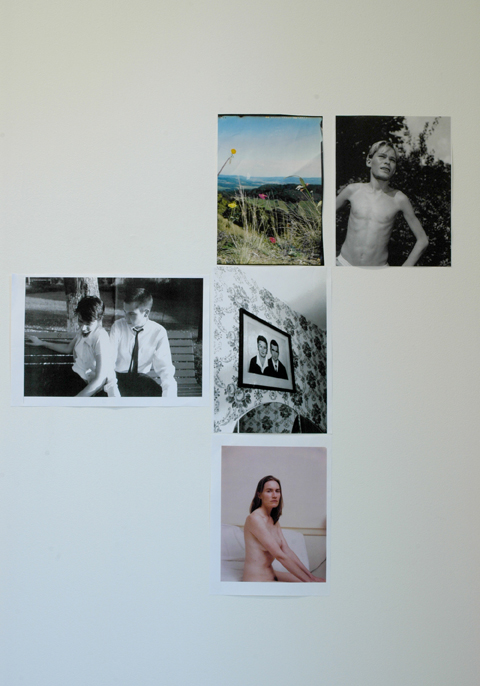 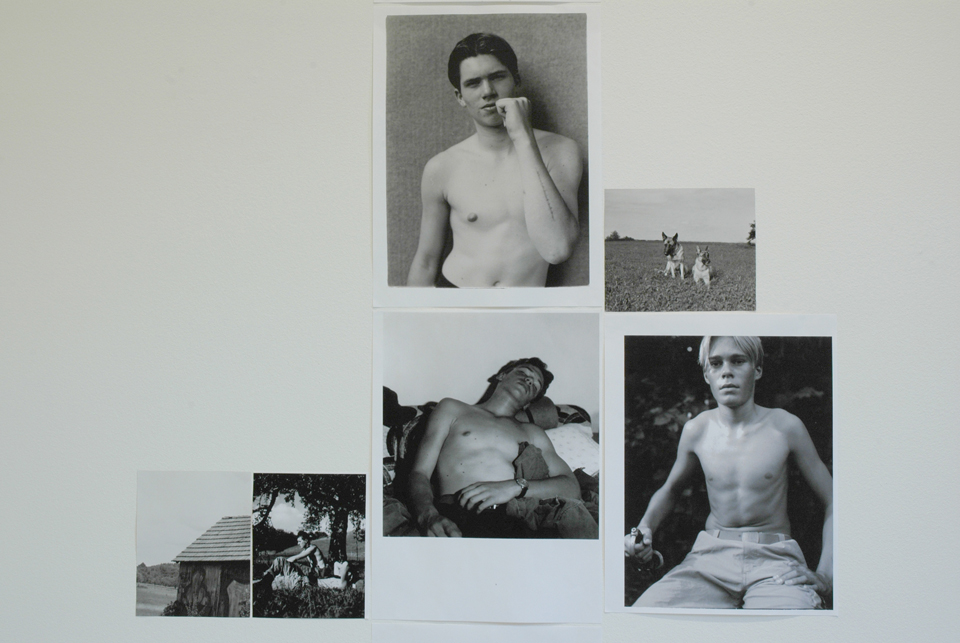 BLUMEN is the second installment of Collier Schorr´s Forests & Fields project. Schorr has been documenting the life and landscapes of a small town in Southern Germany for the past 15 years. Spending summers and occasional winters there, her work has veered from mainly portraiture to include domestic landscapes and arrangements as a way of informing about the lives, structures and temperaments of the townspeople of Schwäbisch Gmund.

BLUMEN is a play on the idea of floral arrangements, of taking what is natural and fitting it into a compromised position. These actions mirror Schorr‘s idea of portraiture as a picture of both the subject and the photographer‘s idea of who the subject is, merging her subject‘s identities with her own idea of what it is to be German.

Schorr´s flower portraits are staged: constructed landscapes suggest a formal interest in composition as well as an attempt to interrupt the natural vista. Schorr first gathers flowers from neighbouring gardens, then transports them to higher areas of the town, to mountaintops and slopes. The flowers are then tied to strings and held up by sticks. By removing the flowers from their place of cultivation and positioning them on public land, Schorr suggests a migration or re-patriation.

Small black and white portraits of the Germans are interspersed in this loose installation of pinned up pictures, to create a realistic scale of a domineering natural world. Chairs, faucets, pears and a pile of manure all dwarf the townspeople, who exist in their ever changing world as almost nostalgic personages.

SteidlMack will be publishing BLUMEN in the autumn of 2008, as volume two of Schorr’s Forests & Fields series. Collier Schorr, who was born in New York in 1963 and is currently living in the city, presents her first solo exhibition at the Villa Romana in Italy. She has already exhibited in Florence once before, at the 2006 Human Game exhibition curated by Francesco Bonami. She has been exhibiting internationally since the 90‘s. This summer, Collier Schorr appears with the Freeway Balconies exhibition at the Deutsche Guggenheim in Berlin where she is also the curator of current US-American artists.