We warmly invite you and your friends to the opening of the exhibition
on Friday, 31 May, at 7.30 pm. 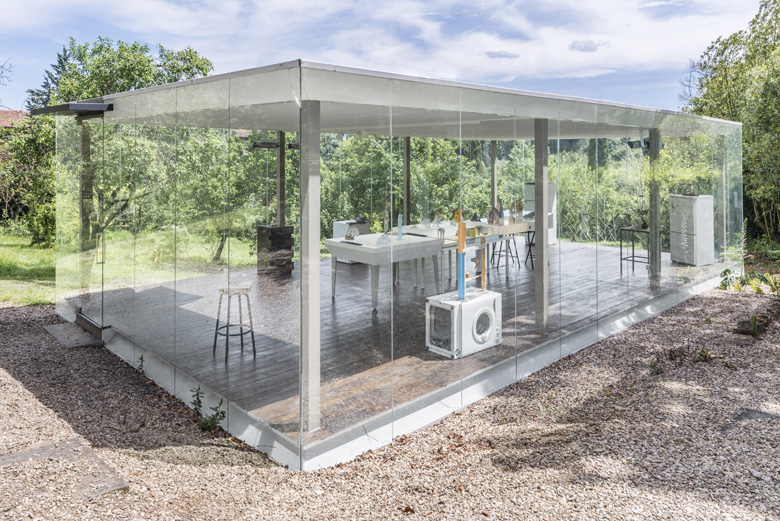 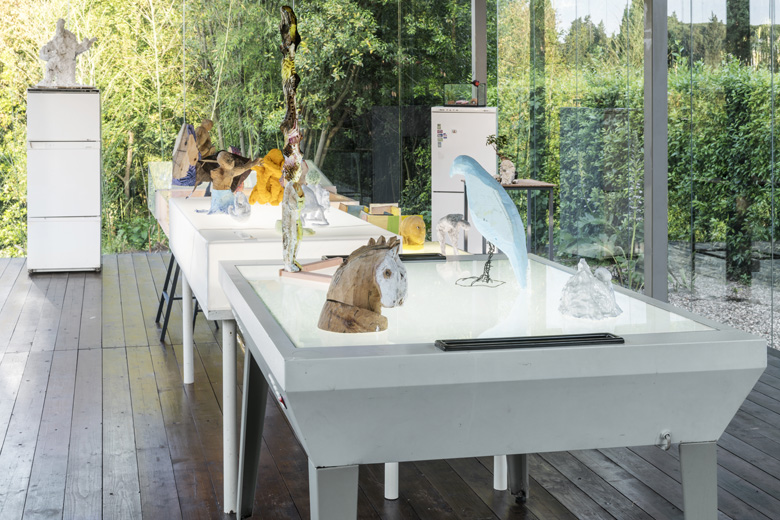 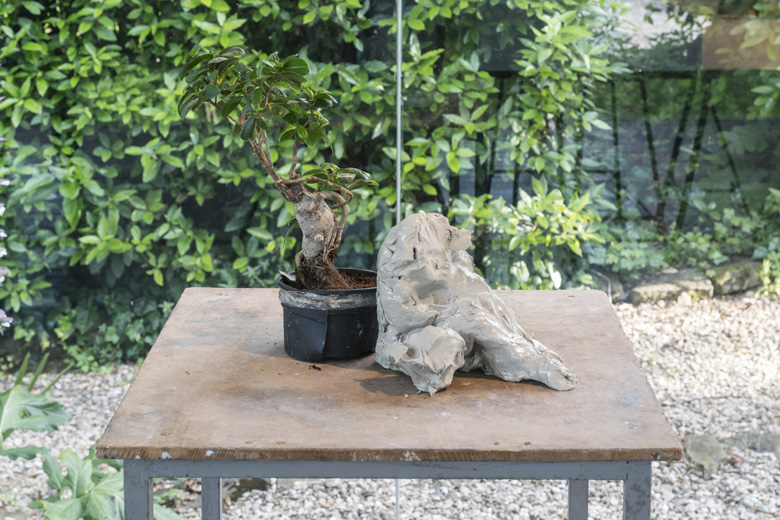 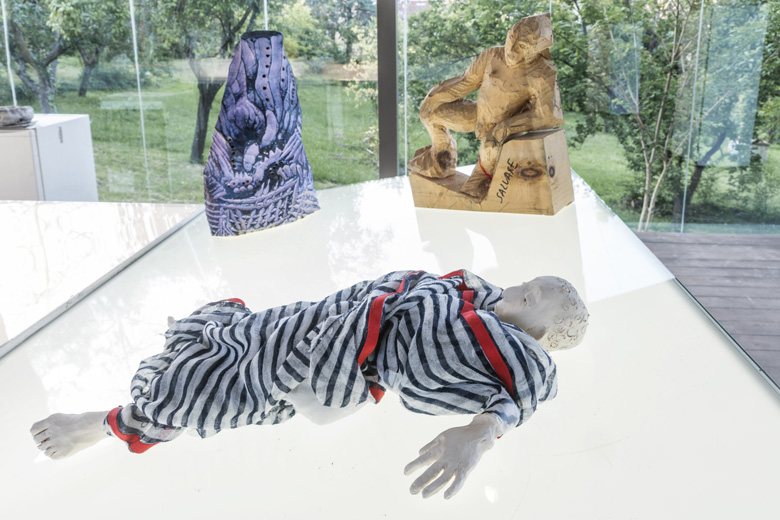 
â€¨The exhibition by Paolo Fabiani and Janet Mullarney transforms the glass pavilion in the garden of the Villa Romana into a transparent domestic space. Both artists work sculpturally and often combine banal found objects with figurative sculpture. What they have in common is an affection for the small format in which human and animal figures position themselves as in a cheerful and absurd world theatre. Both artists, one Italian, the other Irish, live near Arezzo and know each other from group exhibitions. Exploration ... of what ... brings the two artists' works into a direct dialogue for the first time.

Janet Mullarney, der noch bis September eine große Retrospektive im Irish Museum of Modern Art gewidmet ist, gJanet Mullarney, to whom a large retrospective at the Irish Museum of Modern Art is dedicated until September, is considered one of the most important contemporary artists in Ireland. Her work is essentially sculptural, but she also works with drawings, collages and video. Her most recent small-format sculptures, made of sponges, clay, wood or cardboard, embody individuals or groups in imaginary scenic spaces. Anthropomorphic animal figures testify to an otherness, a being with oneself, a fragility, strangeness and fantastic independence. They are astonishing and touching.

The visual language of Paolo Fabiani's sculptures originates more from the Commedia dell'arte of the 17th and 18th centuries and quotes popular figures such as the Pulcinella or the Harlequin. He makes them out of plaster, clay or putty and leaves them in a raw, sometimes cracked, sketchy form. Instead of placing them on a pedestal, he often places them on banal objects: cartons, plates, electrical appliances, or even cars. These combinations have something playful and comical about them: They attack the seriousness of art and life and instead propose light-handed plastic encounters with everyday life, folk culture and art history.


Paolo Fabiani, born in Montevarchi in 1962, lives in Pratovecchio. He studied at the Art Academy in Florence. His works were shown at the Festival dei due Mondi in Spoleto (1991 and 1992), at the National Museum of Contemporary Art in Seoul (1995), at the Quadriennale di Roma (1996) and at Galleria Nazionale d'Arte Moderna in Rome in 2017.

Janet Mullarney, born in Dublin in 1952, also studied in Florence and lives in Ireland and Italy. The Irish Museum of Modern Art in Dublin is currently showing her retrospective with an accompanying catalogue. In 2008 she exhibited at the Casa Masaccio in San Giovanni Valdarno. Her works are represented in numerous public and private collections in Ireland, Italy, Holland, the USA and Mexico.