You and your friends are cordially invited to the opening of the exhibition.

Limited number of visitors to the exhibition with mask and according to the distance regulations.
Opening hours: Tuesday to Friday 2 to 6 pm and on appointment 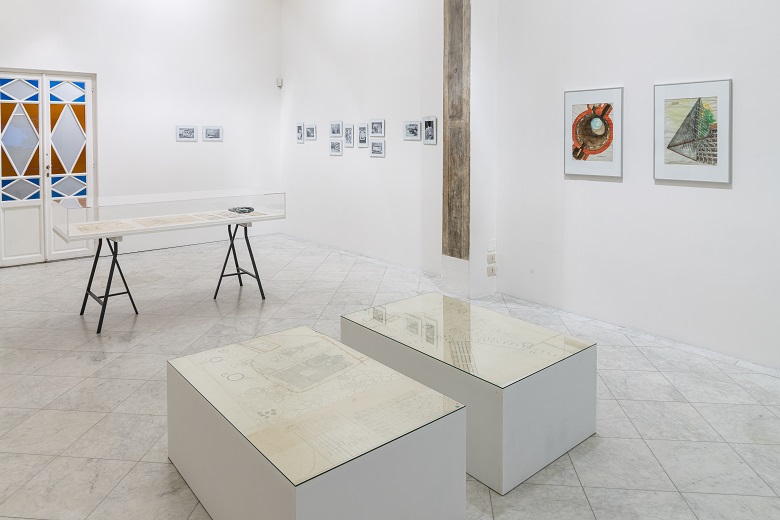 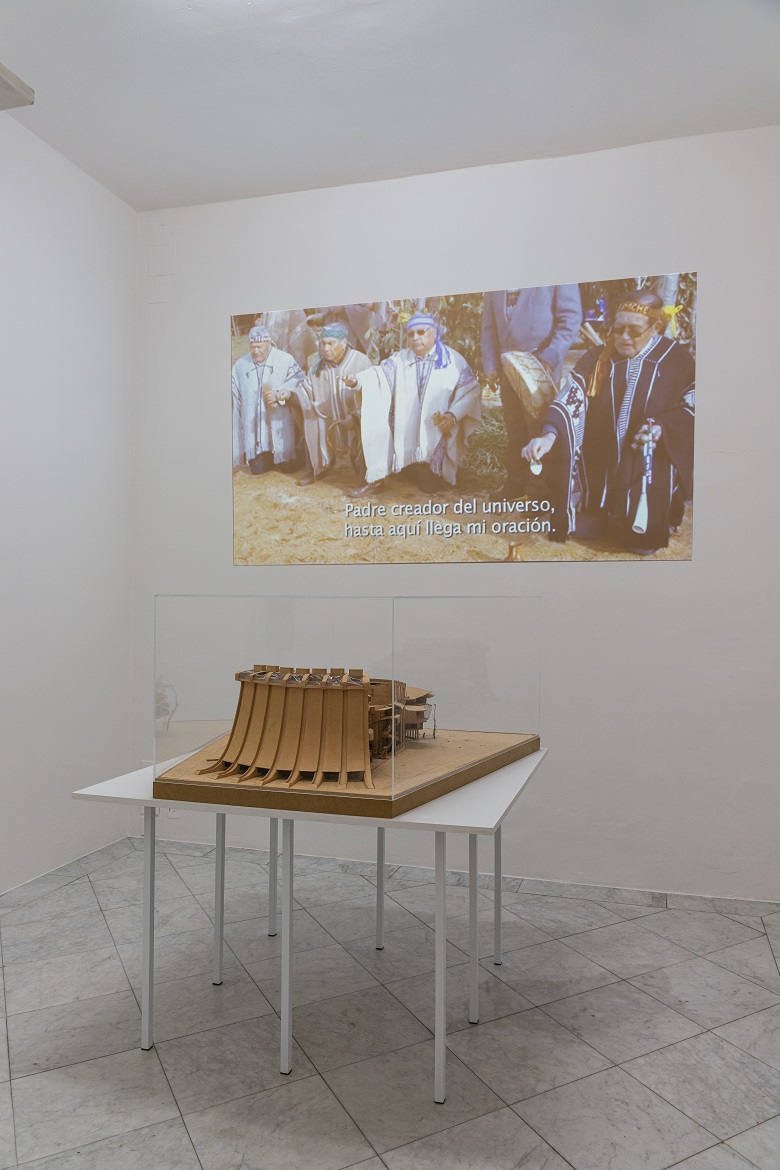 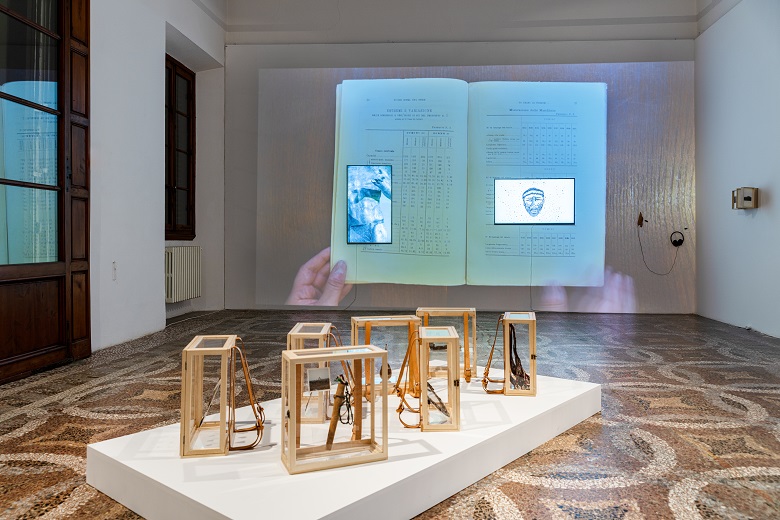 Gabriela Acha, Spazio espositivo mobile, 2020 (front), Marcela Moraga, The Man of Stone and Other Treasures, 2020 (back) 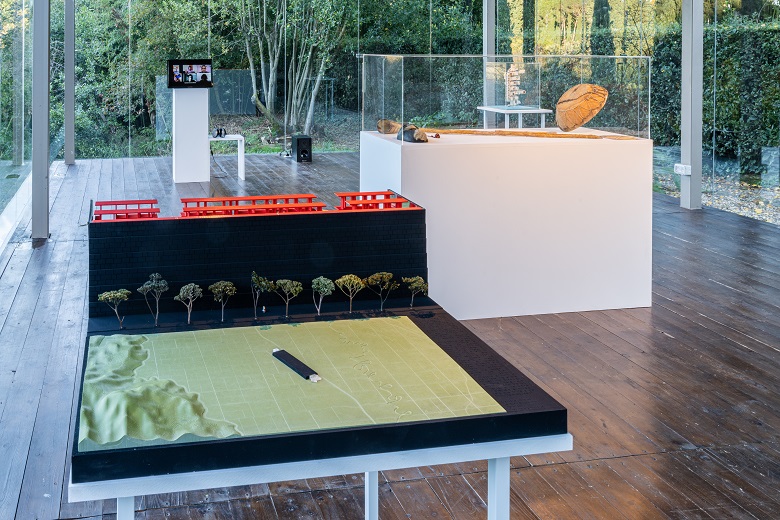 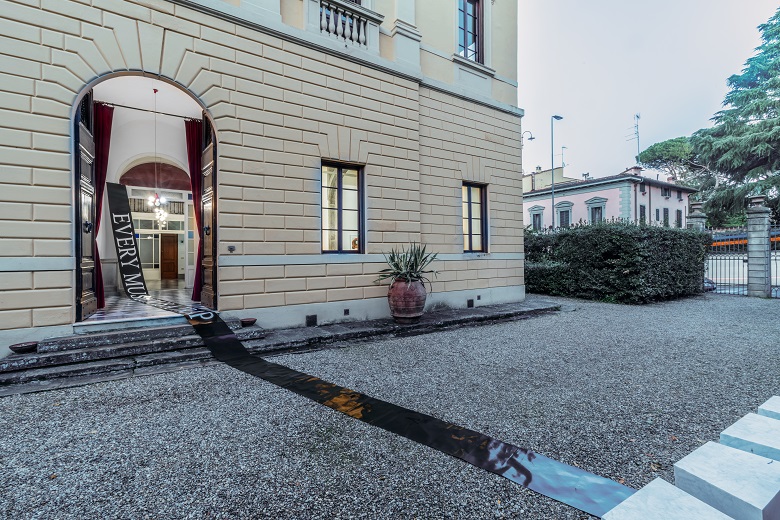 
What meaning does an anthropological museum hold for contemporary society? What does it mean to collect and exhibit ethnographic artefacts today? How does one deal with the challenges related to decolonization, the restitution of objects to their rightful owners, or the revitalisation of a structure whose static nature struggles to keep pace with the dynamism of human culture? Museums, always perceived as inviolable institutions of Western culture, continue to be the place that best represents a hegemonic vision which often corresponds to the expression of a sense of superiority over other cultures. Starting from a critical analysis of these observations, MAI. Museo Antropologico Immaginario (Imaginary Anthropological Museum) intends to activate an intercultural collaboration strategy to rethink the concept of the anthropological museum by developing new participatory methodologies.

MAI is a multidisciplinary space which interacts with contemporary art, architecture and anthropology – disciplines always understood as either intrinsically opposed or essentially inextricable, inasmuch as they are forms of representation that take human experience as a starting point. Drawing inspiration from the first trip to Argentina made by Paolo Mantegazza, founder of the Museum of Anthropology and Ethnology in Florence in 1869, MAI proposes a focus on the peoples and variegated cultures of Chilean and Argentinian Patagonia. Within it, the visionary works by Superstudio architect Gian Piero Frassinelli, from his first unpublished pieces of the 1960s to the more recent science fiction evolutions, will dialogue with the multimedia and performance art aiming for a cultural re-appropriation with a feminist slant by Argentinian artist Gabriela Acha, and the audio-visual narratives oscillating between reality, legend and fiction by Chilean artist Marcela Moraga.

In this fantasy museum liberated from institutional limits, creativity becomes a language designed to force static disciplinary notions through the dialogue with the cultures represented by the exhibited objects, to explore the stories contained in them, and to see native peoples under a new light. It is an attempt to offer a different interpretation for a deeper comprehension of the world, starting from our relationship with others. In actual fact, MAI is not a mere repository of knowledge and mute objects but a place to research on human relationships, a space for contact between people, called to discover and re-imagine its collections in order to provide them with meanings that are open and ready to tackle the present-day challenges. The practices of architecture and art, released from the objectifying distance of the scientific discipline, come to be understood as generators of social space and interactions with the Other, so that new canons of intellectual exploration can be developed and new communities and ideas created.

MAI will transform the concept of the museum from a representational space into a social process, in order to remind us that it is, first and foremost, a productive place that not only preserves and describes the existing reality, but also generates new environments in which to think, act and interact.


Gabriela Acha, (born inCordoba, AR in 1986), graduated in Sculpture at the National University of Cordoba in 2014. Since 2014, she has been part of the collective Expedicion that connects art and natural science in an interdisciplinary approach. Recipient of the Holland Excellence scholarship, in 2020 she got a Master in ArtScience at the Royal Academy of Art in The Hague, NL. Her artistic process is highly interdisciplinary and she has worked in cooperation with different scientific institutions such as the National Museums of Natural History of Uruguay and Chile, the National Academy of Science of Cordoba, Ar, and the Museum of Anthropology and Ethnology of Florence, IT.

Gian Piero Frassinelli (born in Porto San Giorgio in 1939) has been intrigued by other cultures since early childhood. Through books, visits to the Anthropological Museum of Florence, the National Library, the Festival dei Popoli and ethnic performances his interest matured over time. He graduated in Architecture in Florence in 1968 and joined Superstudio the same year, a collective that was part of the movement known as Radical Architecture. With Superstudio and later on, he has been involved in analysing the phenomenon of architecture through the tools of anthropology. From 2013 to 2018 he held courses in Anthropology at the European Institute of Design in Rome.

Marcela Moraga (born in San Fernando, CL in 1975) lives and works in Berlin. She studied Visual Arts at the Universidad de Chile and at Hamburg University of Arts (HFBK). In 2013 she completed the Postgraduate M.A. Course Art in Context at Berlin University of the Arts (UDK). Her work has been shown internationally in galleries, museums and institutions, including:  Museo de Arte Contemporáneo MAC Santiago, CL, Museo de Arte Contemporánea da Universidade de São Paulo, BR, TENT Centre for the Arts Rotterdam, NL. In 2019 she was awarded the Villa Romana Prize.

The Archive of the Festival dei Popoli offers a series of documentary screenings related to the themes of MAI. Museo Antropologico Immaginario. The series is an integral part of the project, developing ideas for reflections inspired by the works and objects on display. Six international titles explore the need to rethink the concept of the anthropological museum. The intention is to bring closer cultures and populations who, every day, try to keep ancient traditions living within the demands of contemporary life.


The project has been realized with the contribution of

Under the patronage of