You and your friends are cordially invited to the opening of the exhibition.
Soft Opening: Friday, 04 June, 4 to 8 pm

6 pm
The opening will host a talk between the philosopher Rocco Ronchi and Alessandro Sarri around the effect of pareidolia in art and in Bettazzi's practice.

limited number of visitors to the exhibition with mask and according to the distance regulations
Opening hours: Tuesday to Friday 2 to 6 pm and on appointment 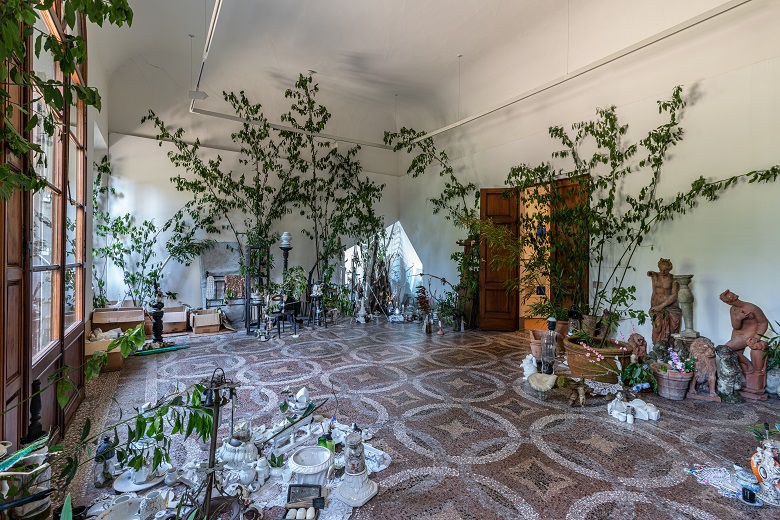 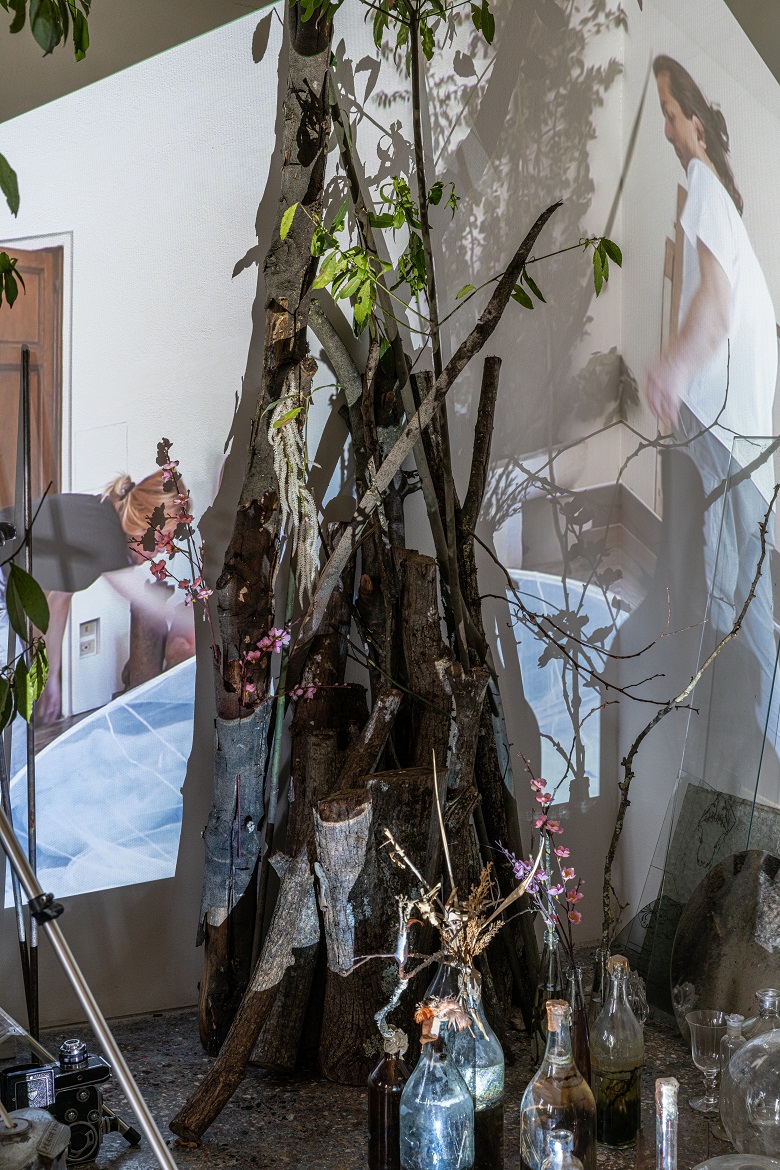 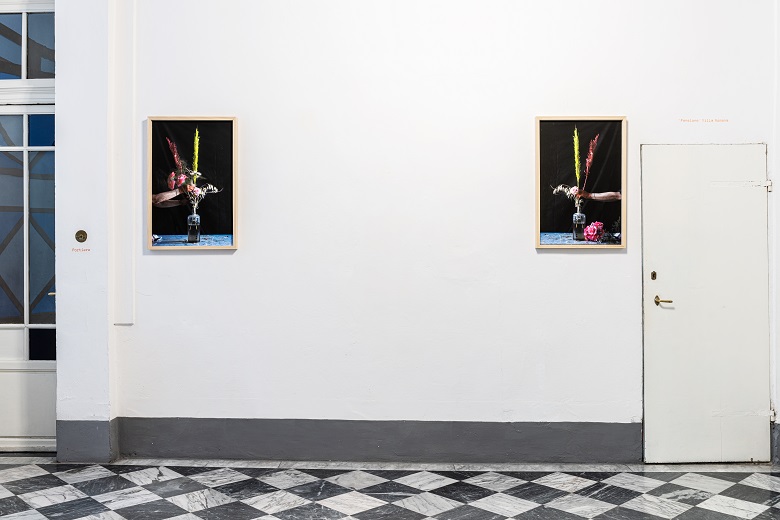 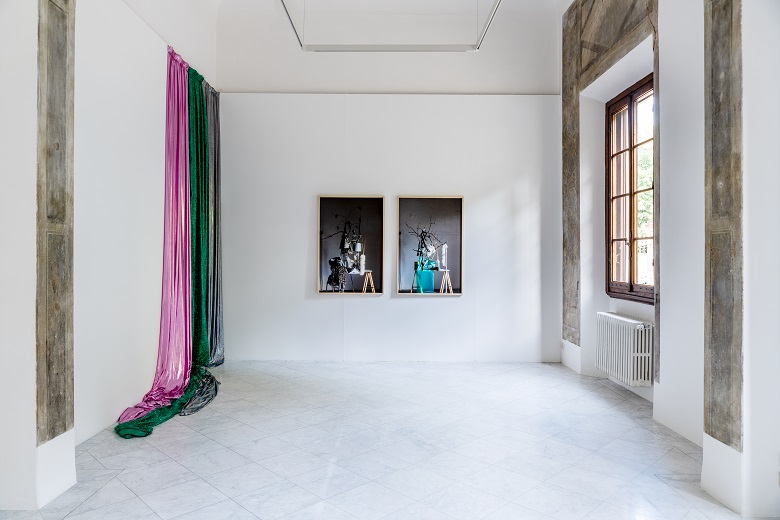 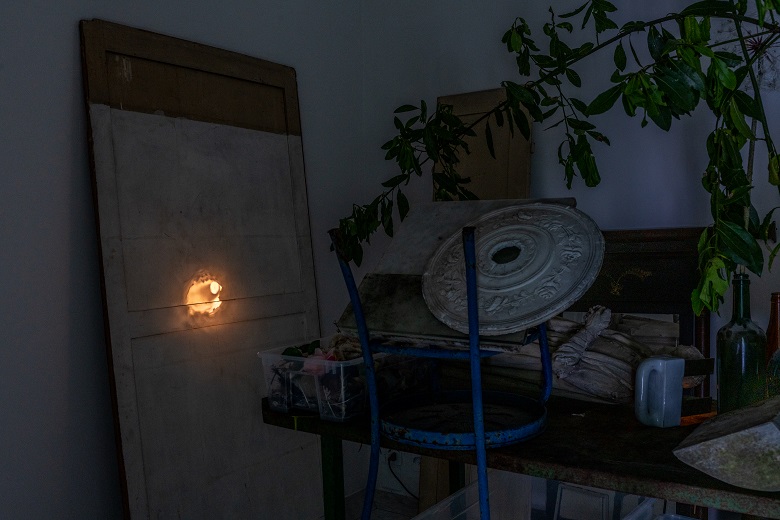 
The most insidious question; the question that somehow has to remain without any possible answer, just because something happens, something appears, something calls to account waiting for a decoding, a meaning the nevertheless has already showed up otherwise the impossibility to come to a presence. In fact, what figures out a so-called presence? What appears when something appears?

The anguish of identification could ever show something if this something had not already been recognized, even before its own apparition?  This identification is necessarily involved with a resemblance? So, what does pareidolia look like? What is the use of it? These questions underlie the costitutively virtual concept of pareidolia that this solo show of the Tuscan artist Chiara Bettazzi will try to display through an inmersive articulation of works that will infiltrate among the spaces of Villa Romana.

There will be site specific operations intermingled with former works whose sprouts keep on shedding their skin, triggering, through videos, photos and installations, the processual modulation (that has nothing in common with some sort of recombination rather ascribable to a perceptual mend) of an indecipherable and celibatarian concrescence that stands for something that is not given right through its manifestation.

Perhaps we might think that pareidolia stands for some sort of pure reference, a reference that remains reference without addressing the latent or transitional reference of something towards an endless principle of finding and decloaking.

Stratagems able to assure the capability to satisfy, in the belief of a perpetual availability to be outlined and framed through the restless research of an identifiable motive, one form after another, capable to limit by immunizing and containing through the staging of an associative backdrop, otherwise said, a conceivable and potential finding, the act in act without necessity of the anonymous power of pareidolia. In fact  this pareidolic device, in Bettazzi's work - neither similarity nor dissimilarity, neither model nor copy - far from being locked up grieving for some kind of shaping yet to come in order to be prevented, turns out to be the infinite, impersonal and atopic proliferation of a prototypic fold of an immanent act that keeps on displaying the swarming brachilogy of a mimetic catastrophe; the "monstrous spontaneity", as Jean-Paul Sartre would say, of a pure and impassible apparition without beginning, without end and without aim that haunts every appearance without being and becoming part of it.


Chiara Bettazzi (1977) lives and works in Prato. Her artistic work is based on the exploration and in direct contact with industrial spaces. For years she has been investigating contemporary languages within the industrial landscape of the Prato area and implements shared interventions that reflect on the industrial and cultural heritage. In 2005 she opened the SC17 studio through which she reactivated the area of the former wool mill Bini. Her creative process is linked to a poetics that reflects on memory, and time with combining organic and inorganic materials. Over the years he has participated in solo and group exhibitions in museums and private spaces. Museo per bambini, Santa Maria della Scala, Siena (2019), La Galleria Nazionale d'Arte Moderna e Contemporanea, Rome (2018 /19), Casa Masaccio, San Giovanni Valdarno (2015), Galleria MOO, Prato (2013), Museo del Tessuto, Prato (2010).