Tools for Revolution or Just for Sale 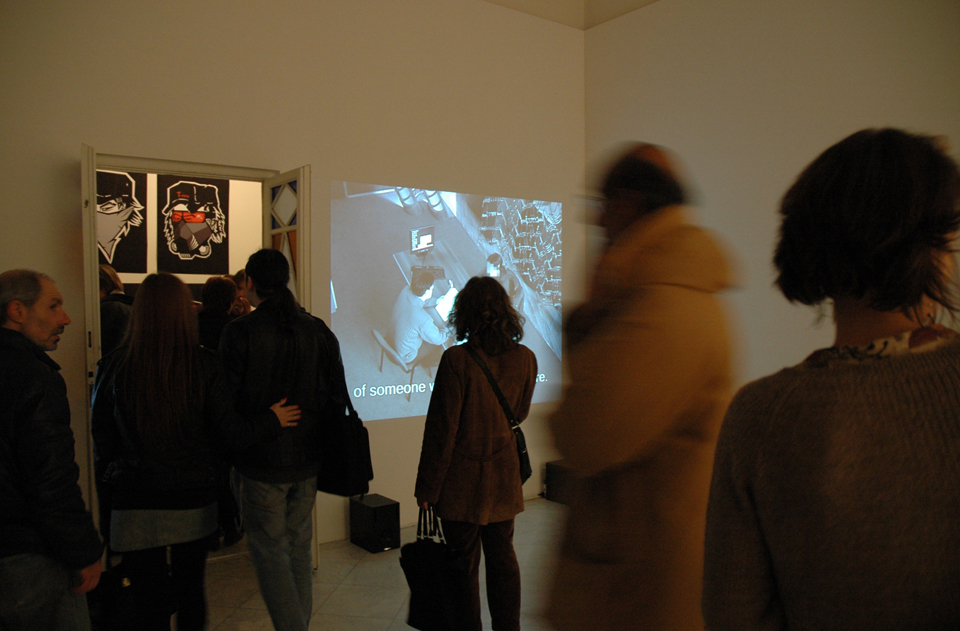 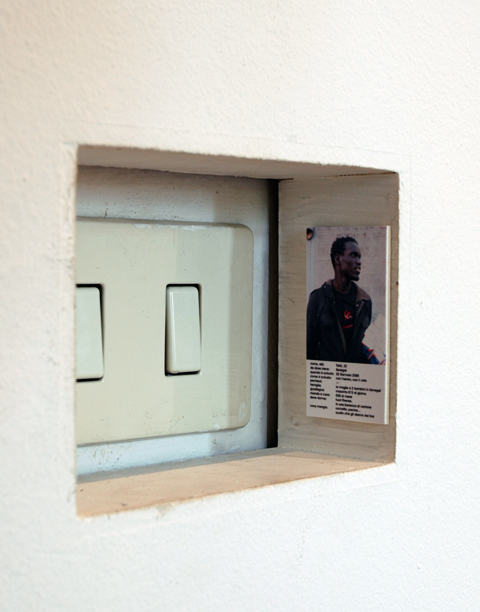 Over twenty-eight artists and groups experiment the areas of freedom in the contemporary city, with numerous site specific actions and projects carried out for the City of Florence together with projects from other cities: from Kabul to New Orleans.

The aim behind Tools for Revolution or Just for Sale – Strumenti per la rivoluzione o per la vendita is the mapping out and experimentation of any new forms of action around the idea of freedom. Many contemporary authors (from Beck to Rolnik) have emphasised that the request made for freedom by the movements of the 1960’s and 1970’s have been slowly absorbed by the economic system. An attempt to help the idea of a free market coincide with that of freedom tout court has been made by introducing a new identity constructed by the single individual.

The request for freedom without the limits of tradition has therefore been taken over by a new economic system based on secondary needs, which often manages to satisfy the new demands for identity and belonging on the part of individuals. What effect has this new formula had on the ways and means of perceiving the urban space? What new imaginary element shapes the City of Florence and thus creates a new expressive form for social relations? How can contemporary artistic practices experiment hybrid trends within this new reference framework without flattening social spaces based on the idea of a free market, and yet also produce divergent or transformable forms of participation?

The three thematic areas that run through the exhibition propose an equal number of possible sites for transforming forms of action. The city space, seen as a prospect for socially codified meanings, is perhaps capable of producing forms of resistance against stereotyped imaginary elements and new forms of urban intervention in the work of Leone Contini, Ashley Hunt, Cemile Kaptan, Margherita Isola, Sheila Massellucci, Jacopo Miliani, Naeem Mohaiemen, Silvio Palladino and Ergin Zaloshnja. The portraits of missing Albanian activists in Florence find space on the walls of the city in the work of Ergin Zaloshnja. Produce precarious but significant relations are produced in the forms of resistance created in the event staged by Margherita Isola, where the artist holds an improvised happening and relay race with passers-by in the city streets. Citizens of an Emptied City by Ashley Hunt creates an urban space that tries instead to radically reactivate political participation in the post-Katrina New Orleans. The work of Mark Brogan, Liquid Cat, Andrea Geyer, Gruppo 11 spine, Gruppo Mara, Noa Treister and Benjamin Yavuzsoy instead expresses new forms of interaction based on the idea of a free market. Liquid Cat insinuates himself into the shared areas of economic exchange to market his own brand name with products that are identical to the ‘originals’. Gruppo Mara carries out a RoutHard of the city and tries to encourage some way of giving visibility to the prostitution in the city with acceptable social expressions. In Letter Paper Benjamin Yavuzosy stages the idea of exchange, making individual time the real object of the artist’s work. Gaia Bartolini, Filippo Basetti, Leone Contini, Kilroy, Mario Rizzi, Switch - Creative Social Network and Justin Randolph Thompson close the exhibition route with a journey through the city quarters of Florence and unusual stories about these potential community spaces.

Gaia Bartolini has carried out a workshop with the Tinaia artists, trying to trace a history of the city’s image, as seen from the particular point of view of the artists at the centre, in the expressive activity that started after the closure of the San Salvi lunatic asylum. Filippo Basetti has instead mapped out the quarter of Isolotto, which was behind a significant protest movement during the years of contestation, to experimentally test new ways of indicating wealth: the Internal Product of Public Areas in the quarter, calculated on the capacity and real use of public areas on the part of the inhabitants in the quarter. Justin Randolph Thompson has deconstructed colonial fantasy in various parts of the city with performances that literally recreate the symbols of the colonial past of the West. Mario Rizzi’s work concentrates on a journey full of stories about the city’s submerged protagonists, a point of view that attempts to analyse the everyday landscape from a possible perceptive distance, as if from the observatory designed for the future quarter of Castello by Kilroy.

Katharina Karrenberg will present in the exhibition her new book CINA_CINE_CRIME: an extensive information about the structures of our Hegemonial Occidental Art System in comparison to Chinese Philosophical Thinking and shows drawings which are dealing with the Universality of the Free Market in the art system.

Tools for Revolution or Just for Sale is one of the events to be developed within the project for the seventh edition of Rotte Metropolitane. Firenze è sommersa, from an idea of Daniele Ciullini, curated by Marco Brizzi. The project, promoted by the Cultural Office of the City Council of Florence, is carried out in collaboration with Giacomo Bazzani, Elisa Biagini, Nicola Santini and Pierpaolo Taddei, Carlo Scoccianti and Gianni Sinni for the mapping and developing of planning experiences linked to the City of Florence and its submerged creativity.

After the meeting-debate to present the project, held on March 12th 2009 at the SESV Gallery of the Faculty of Architecture, University of Florence, the other events in the Florence is submerged programme include: communications by the artists selected by Gianni Sinni that will be presented in Piazza Annigoni for the entire month of March; performances and installations by artists involved by Elisa Biagini in the project at the Stibbert Park on March 14th from 3.30pm to 6pm; Maison Biò (Via Aretina 281) from March 20th to 21st, followed by micro / frigo + (Via della Chiesa 21r) on March 28th at 7pm, will give life to a series of initiatives observed by Nicola Santini and Pierpaolo Taddei (Avatar Architettura).

ROTTE METROPOLITANE. Firenze è sommersa,
from an idea of Daniele Ciullini, curated by Marco Brizzi.
With Giacomo Bazzani, Elisa Biagini, Nicola Santini and Pierpaolo Taddei, Carlo Scoccianti and Gianni Sinni.
A project by the City Council of Florence, Cultural Office
Carried out in collaboration with the University of Florence - Faculty of Architecture, the SESV Gallery, Maison Biò, micro, the Stibbert Museum, Spazio Frigo + and Villa Romana.
Organised by: Image

The Piagge project was carried out in collaboration with the Fondazione Studio Marangoni.