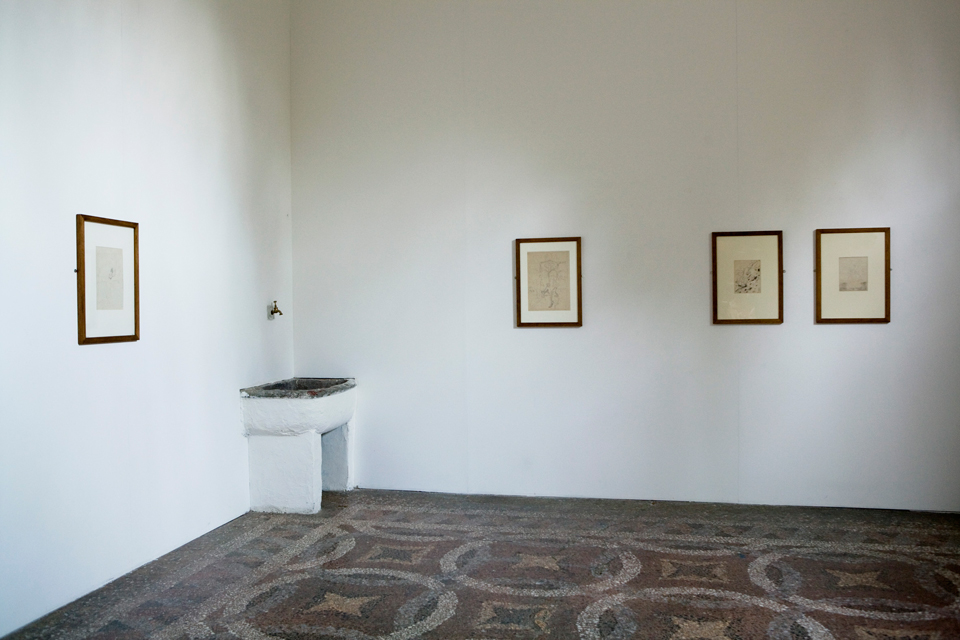 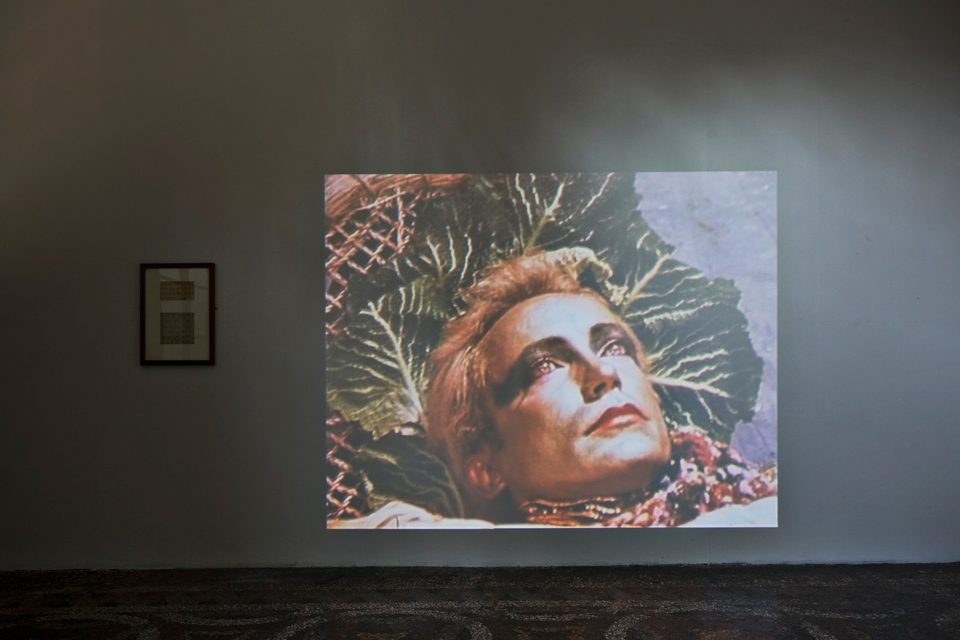 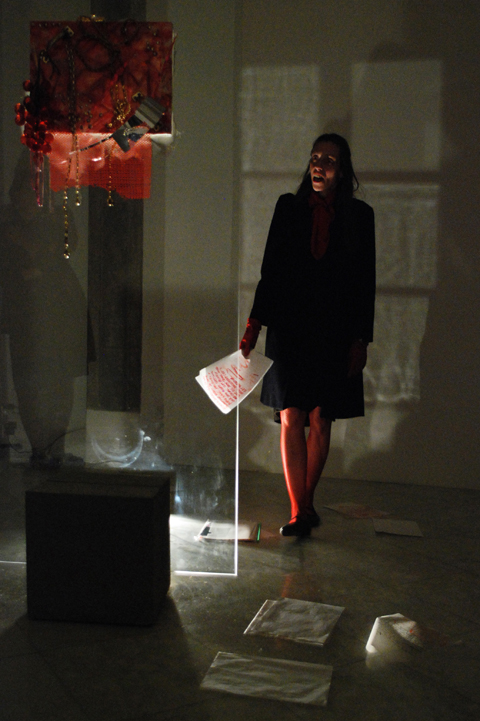 The exhibition Per Non Dormire* puts on view works by three German artists — two filmed performances by Michael Buthe (1944-1994), drawings by Max Klinger (1857-1920) as well as a painting and a live act by Jutta Koether (°1958). These works touch in a very singular way the notion of love and desire. Per Non Dormire is an attempt to reach the question of beauty today.

There are two pictures as a starting point for this exhibition. A black-and-white photograph depicting Max Klinger standing in the garden of the Villa Romana together with his model and lover, author Elsa Asenijeff (taken in 1905, when Max Klinger bought the place with the plan to turn it into a residency for artists from Germany). Max Klinger while posing is balancing a chair. The second image is in colour and was also taken at the Villa Romana some 33 years ago when Michael Buthe was there on a 10-month-residency. It shows him lying on a bed together with his friend (and lover?) Giumma, both holding golden cups, in a flamboyant room of vivid coloured and golden fabrics, paintings and drawings, decorated with palm trees and bamboos, a wine bottle, candles, jeans and newspapers.

"The origin of the remarkably pretty friezes which surround the house under the first and the second floor windows, of three poppies tied together, and the motto per non dormire, which forms an architectural ornament, is said to have been a trick attempted on Messer Bernuccio di Giovanni Salimbeni of Siena, whose descendants came to Florence and took the name of Bartolini. He was a great silk merchant, and with other friends passed through Florence every year to go to the fair of Sinalunga with his Florentine acquaintances. They determined to steal a march on Messer Bernuccio, and one year mixed poppy juice with the wine served at the banquet, intending to start at daylight and thus obtain the pick of the market. But old Salimbeni was warned, and managed to change the flasks, thus turning the tables on the Florentines to the great advantages of the Sienese. He then invented the device and the motto, with which his descendants ornamented their palace."