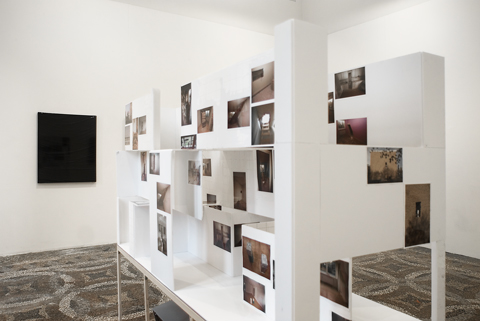 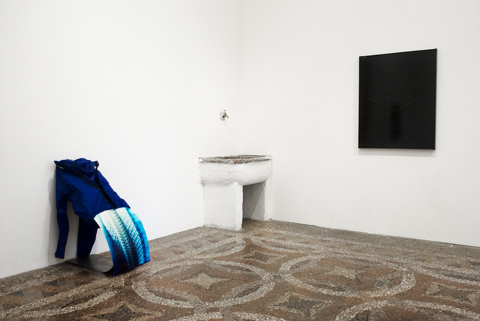 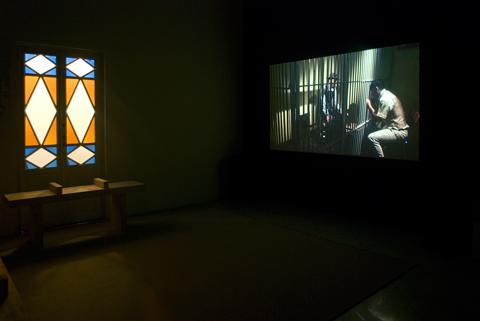 Thomas Kilpper, Nora Schultz, Rebecca Ann Tess, Vincent Vulsma and Henrik Olesen are the 2011 winners of the Villa Romana Fellowship. At the beginning of February, the first four artists will arrive in Florence and will introduce themselves immediately in an initial joint exhibition of new works. Henrik Olesen, who will work at Villa Romana from July to November 2011, will then exhibit his work on 10 September, at the OPEN STUDIOS event. This year’s Villa Romana Fellows were selected by judges Kathrin Rhomberg, curator of the 6th Berlin Biennale, and Willem de Rooij, an artist living in Berlin.

Thomas Kilpper, born in 1956, studied at the art academies of Nuremberg, Düsseldorf and Frankfurt and lives in Berlin. Kilpper works with artistic interventions that affect political and social realities or that reflect these pictorially. This year, he is taking part in the Venice Biennale within the Danish pavilion. Villa Romana has already displayed his work previously, with the exhibition and project A Lighthouse for Lampedusa in 2009. Thomas Kilpper has worked at a number of places including at the South London Gallery, at the Generali Foundation in Vienna, at the Schirn Kunsthalle in Frankfurt and, in 2009, at the former Ministry for State Security in Berlin-Lichtenberg. He runs the artists’ exhibition space After the Butcher in Berlin.

Nora Schultz, born in 1975, studied at the Städelschule in Frankfurt and lives in Berlin. Her works are characterized by a distinctive formal grammar that seeks to bind the gravity of the object with its fragility as a carrier of meaning. Nora Schultz has had a number of international exhibitions over the past few years, including, in 2009, at the Kunstverein in Cologne and in the Art Statements of Art Basel (with Sutton Lane, London), at Dependance in Brussels (2008) and at the Isabella Bortolozzi gallery in Berlin. Last autumn, the Giuliani Foundation in Rome dedicated a large individual exhibition to her.

Rebecca Ann Tess, born in 1980, studied at the Berlin University of the Arts (UdK) and at the Städelschule in Frankfurt. In her films, she works with fictitious trailers, found footage material and the re-enactment of figures from the history of film, in order to examine the stereotypes, omissions and regulatory power of the public visual and mass media. In 2010, Rebecca Ann Tess had individual exhibitions at the Nassauischer Kunstverein Wiesbaden and at the Figge Rosen gallery in Cologne. Her works have been on view at the Portikus and in the Kunstverein in Frankfurt, among other places.

Vincent Vulsma, born in 1982 in Zaandam in the Netherlands, studied at the Gerriet Rietveld Academie and lives in Berlin. He works with ready-mades and painting and his works reflect both self-referential and socio-political parameters and abstractions. He was represented at the 6th Berlin Biennale with a series of pictures that suggested classic paintings but which in fact exposed unprocessed canvases packaged in film. Vincent Vulsma has exhibited his works at the Cinzia Friedländer gallery in Berlin, at the Ellen de Bruijne Projects in Amsterdam and at Cubitt in London, amongst other places.