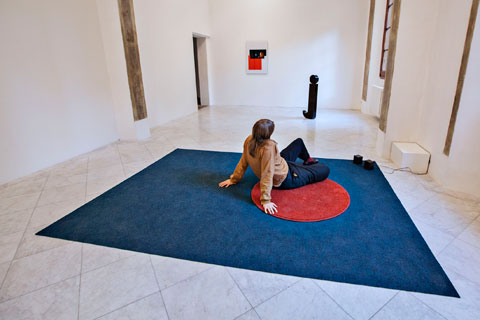 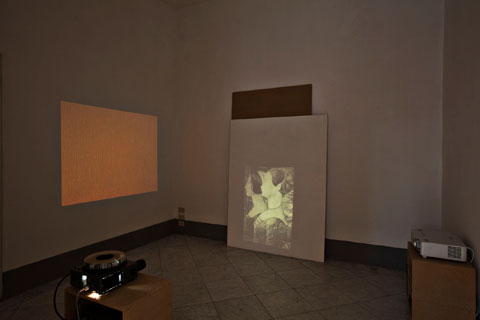 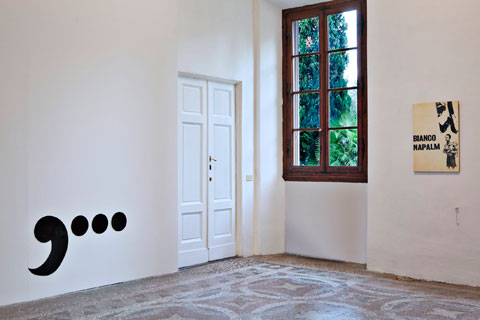 * The works of Ketty La Rocca are part of the collection of Michelangelo Vasta
photos: Ela Bialkowska, Okno Studio


This exhibition began by visiting Michelangelo Vasta, the son of Ketty La Rocca, in Florence.
Ketty La Rocca (born 1938 in La Spezia) developed her artistic work in a period of just over a decade until her early death in Florence in 1976. It comprises collages, sculptures, photographs, artist's books, performances, videos and text. It revolves around the difference between symbols and the body, appropriation and transmission, and power and resistance in the desire for another language that gives form to the non-identical.
The exhibition brings together the works by Ketty La Rocca and current works that revolve around the core of artistic production: the tension between representation and communication, language and body, and identity and difference.

Jacopo Miliani (born 1979 in Florence, lives in Milan) works with the inveiglement of vivid reflections and collective mirroring in his installation and performance settings. Anna Möller (born 1980 in Hamburg, lives in Hamburg and Berlin) operates with strategies of denying visibility, with physical gestures and disguises, while Eske Schlüters (born 1970 in Leer, lives in Hamburg) weaves together voids in film narration in order to evoke the difference between pictures as an unclaimed zone. Henrik Olesen (born 1967 in Denmark, lives in Berlin) investigates the construction of social monitoring and exclusion systems and also deals with that of art with reservation. The latter three lived in Florence as Villa Romana Fellows between 2009 and 2011. In 1972 Ketty La Rocca showed the silent film Appendice per una Supplica (Appendage for a Plea): it shows hands in simple gestures, as fists, encircled by other hands, and counting and concealing fingers. The title of this work has been twisted to form the title of the current exhibition at the Villa Romana.

The book Supplica per un’appendice will be presented at the exhibition. It contains texts by Ketty La Rocca rendered into German by various translators as well as contributions by the philosopher and film-maker Eva Meyer and the artist Josef Strau. It was designed by Anna Möller and is published by archivebooks.


Thanks to Michelangelo Vasta for his generous cooperation.