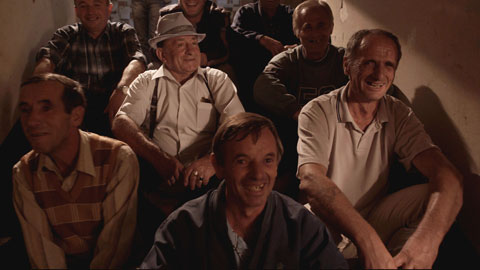 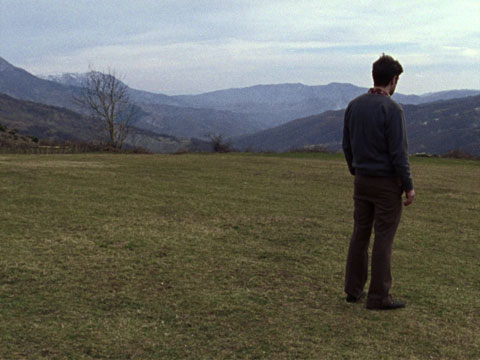 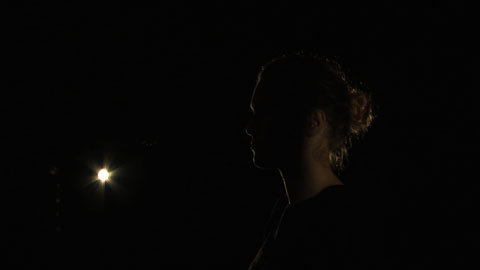 Voices of Truth is an exhibition of video works by Adrian Paci, Ibro Hasanovic and Damir Očko. Using different strategies and narrative structures, they employ historical and personal information as well as fictional elements to construct their works. The voice, absent in Očko’s video, synchronized with the image in Hasanovic’s and as voice-over commentary in Paci’s, plays an important role in shaping the meaning of the videos.

In The Moon Shall Never Take My Voice, Očko draws on three stories from different periods, which he turns into three songs for a muted voice. The first song refers to Gustav Mahler’s experience of silence in 1907, which played an important role in his unfinished tenth symphony, where the absence of sound became a powerful musical device. The second song describes John Cage’s visit to Harvard University’s un-echoing chamber, after which he composed 4ʼ33”, while the third song is about Neil Armstrong and his experience on the moon—the only silent place ever visited by man. The work, which remains enigmatic to the end, explores the blending of truth and myth involved in the real stories to which the video refers. What emerges from this performance is a poetic gesticulation that creates a reality in which the absent voice becomes the presence of the absence and the story itself.

“It is not necessarily history that shapes a mythology but rather mythology that determines what becomes history.” These are the opening words of A Short Story, a fiction by Ibro Hasanovic. After the first scene, set in a landscape that slowly turns upside down, a young man starts telling a story based on a prophecy related to him by his uncle. This story, which has a plausible beginning and a comprehensible middle, gradually becomes more and more complicated and difficult to follow. The events are impossible to place in time, with past, present and future merging into one, while the landscape scenes in particular, and the scenes involving a wolf and children, introduce elements that remain ambiguous. Not knowing if they are an illusion or if they are happening in the narrated world turns Hasanovic’s film into a fantastic one.

Electric Blue is Adrian Paci’s first short film. The artist constructs a story set in the 1990s in Albania. The protagonist, who remains unseen, recounts his experience of getting involved in the porn industry, this being the only way of earning a living. There are different strands to the film narrative: the story told by the voice-over narrator, images of the world as seen through the eyes of the protagonist and images on the TV monitor inside the world of the film. Fictional elements combined with found footage materials documenting real events reflect the reality of Albanian life, which appears at once funny and absurd. Through the story of one man, Paci highlights part of the history of Albanian society.

Damir Ocko was born 1977 in Zagreb, Croatia, where he lives and works today. Through the medium of video, he explores sound, language and symbolism in his works.

Ibro Hasanovic, born in Ljubovija, in the former Yugoslavia, in 1981, lives and works in Brussels. Having studied product design and worked with audiovisual media, his works are visually simple but charged with meaning.

Adrian Paci, born in Shkodra, Albania, in 1969, lives and works in Milan. Painting, photography, sculpture and video are all mediums that Paci uses to explore the human condition in general.