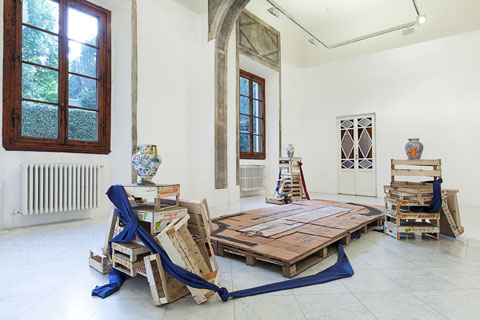 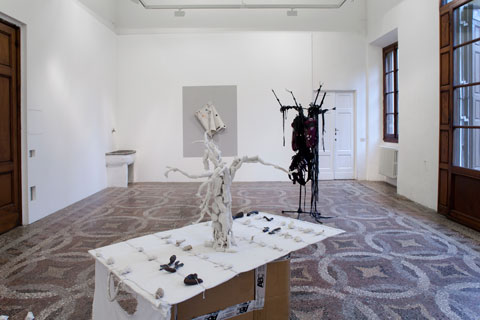 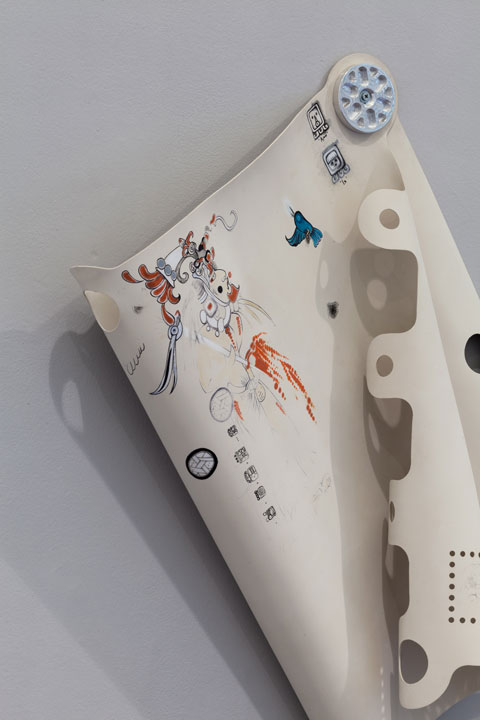 The city of Florence is considered the birthplace of the Renaissance, the reorientation towards classical antiquity and the beginning of modern Europe. The fact that the Renaissance drove the colonialisation of the New World with a combination of economic and commercial power and linguistic hegemony, and created a lasting Eurocentricity in historiography is not mentioned in the "cradle of the Renaissance".

The American literary critic Walter D. Mignolo, Director of the Center for Global Studies at Duke University in Durham (USA), devoted many years of research to the darker side of the so-called Renaissance and published the trilogy The Darker Side of the Renaissance (1995), Local Histories / Global Designs (2000) and The Darker Side of Western Modernity (2011). In these books he explores the role accorded to language in colonial conquest and destruction.

The artist Mariechen Danz (born 1980 in Dublin, lives in Berlin) deals with the political importance of language as information and the informing of bodies. She critically challenges Western concepts of reason and objectivity. As a Villa Romana Fellow 2013 she has been living in Florence for eight months and initiated the exhibition Renaissance resistance. Resistance renaissance. Renaissance resistance. Resistance renaissance.

Genghis Khan Fabrication Co. is a Silicon Valley USA based corporate entity founded in 2010 as an experiment in decoloniality. It is dedicated to the pursuit of decolonial options and attempts to make those options real through the development of new technologies, socioeconomic interventions, Art works of its own making, and collaboration with artists. (www.alvaro.us)

John Paul Raether has worked on his own independent projects for several years and jointly ran basso, an artists' space in Berlin. His works and performances have been shown at the KW Institute for Contemporary Art, Berlin; Kunsthaus Bregenz, Künstlerhaus Stuttgart and the KUMU Art Museum, Tallinn. He regularly writes articles for the German art magazine Texte zur Kunst.