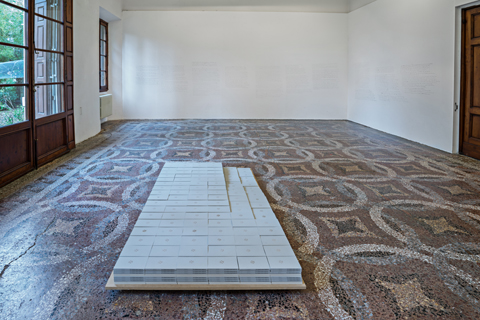 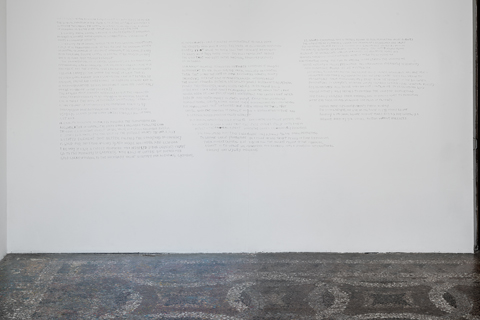 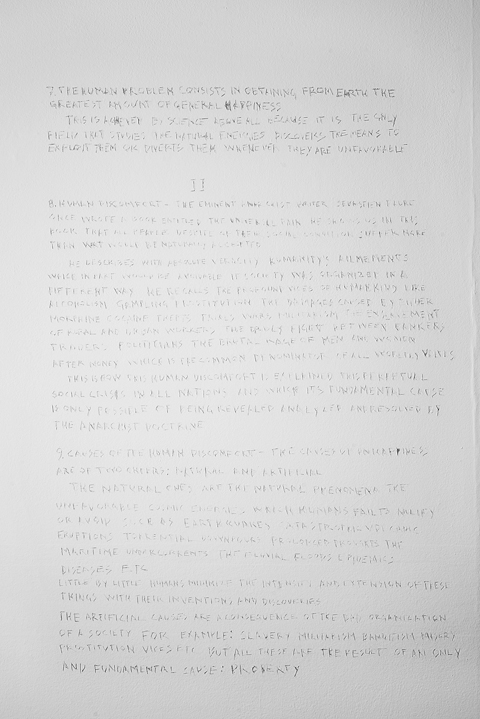 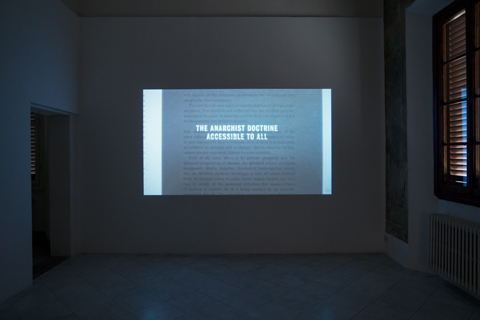 
Juan Pablo Macías has carried since 2009 a research on anarchist knowledge and media, departing from a legal situation that surrounded one of the largest anarchist libraries in Latin America, evicted with a seizure order for back rent in the summer of 2009 in Mexico City. After several works around this library, he has been researching papers, state and private archives, the Internet, pondering on the relation between power knowledge and insurrectional knowledge, and in a broader sense, between systems of representation and affectivity.

At Villa Romana formally presents his editorial project WORD+MOIST PRESS1 which launches its first volume The Anarchist Doctrine Accessible to All, written in 1925 by José Oiticica - philologist, poet, anarchist and grandfather of the Brazilian artist Helio Oiticica.

Macías' proposal consists in recognizing labor as a formal material that serves as any other media, ink for an example, to use as labor material for itself. In this case, he has commissioned the translation from Portuguese to English of The Anarchist Doctrine Accessible to All  (the first translation of this author to any other language), to Maíra das Neves and Kadija de Paula, members of Agência Transitiva (Rio de Janeiro, Brazil), as the material element for publishing the inaugural volume of WORD+MOIST PRESS, and for inscribing the translated text directly onto the walls of Villa Romana using a hard tip object.


1 WORD+MOIST PRESS is an editorial project by Juan Pablo Macías, that publishes books and media that are made from moist, flesh and blood. WORD+MOIST PRESS prints words that are not text nor law, but just past and present mouth-mists.


The work of Juan Pablo Macías (Mexico, 1974), explores the relation between systems of representation and affectivity, and analogically, between power knowledge and insurrectional knowledge. With his actions, interventions, work on archives and editorial projects, he intends to cause tensions between institution, art practice and social field, abandoning flat semantics by producing programs that operate directly on the biological, social and economic bodies. His work has been shown in major art museums in Mexico and around the world.


With the kind support of Brice Delarue from Zirkumflex Berlin