The exhibition is part of the symposium UNMAPPING the RENAISSANCE


You and your friends are cordially invited to the opening of the exhibition on Friday,
13 March at 7 pm. 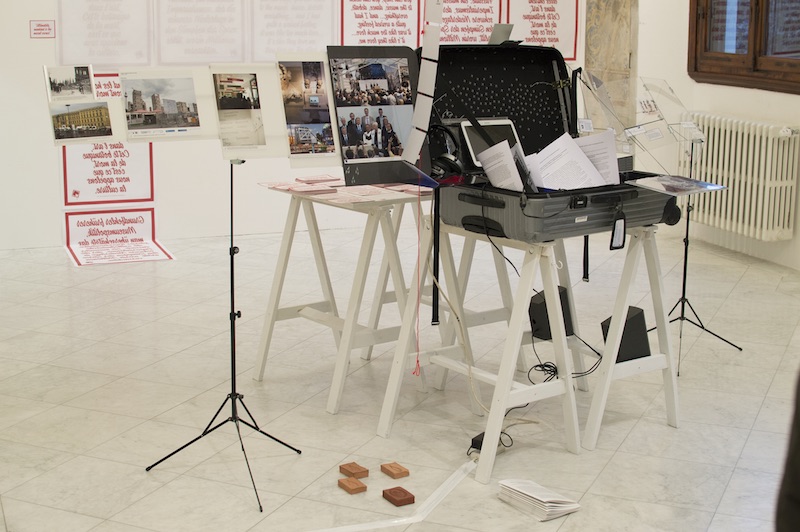 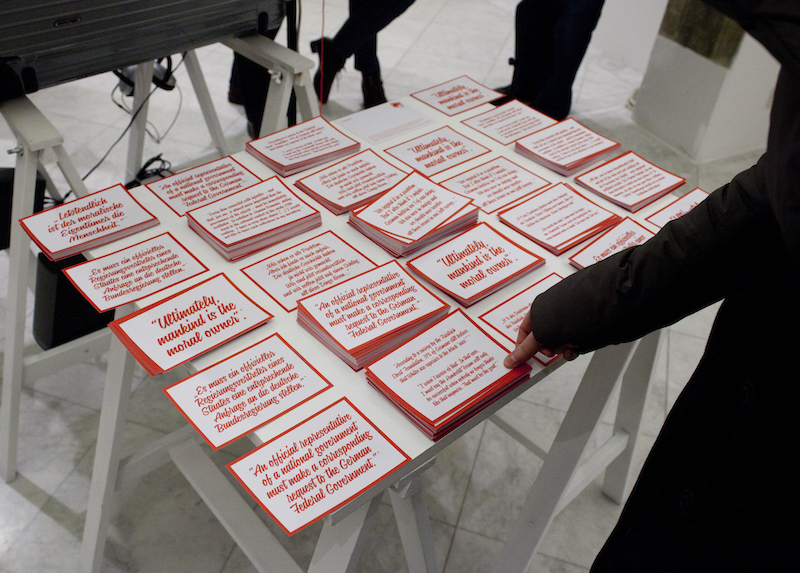 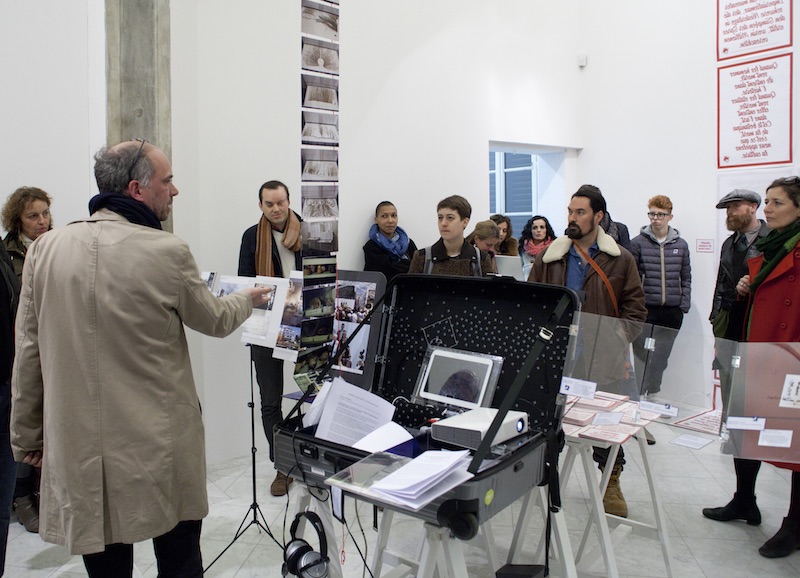 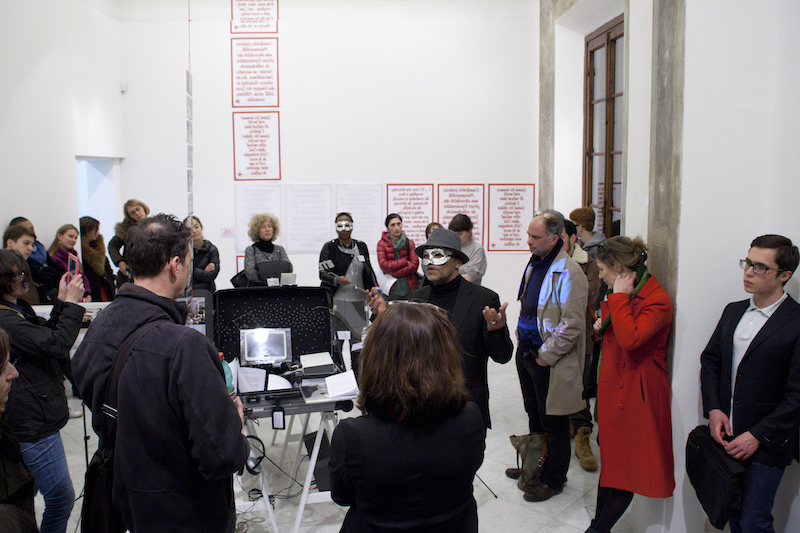 
The reconstruction of the Prussian castle in the center of Berlin is becoming a fact in concrete. Destroyed, taken down and replaced by the Palace of the Republic during GDR times, now rebuilt on the void left by the destruction of the People's Palace, this re-establishment of the Emperor Castle shall anew represent thoughts of a German Reich and host the ethnological collections of the city under the label Humboldt-Forum. This project was adopted by a decision of the German parliament in 2002.

The Anti-Humboldt-Box adopts  Marcel Ducham's Boîte-en-valise (Box in a Valise) as an idea for the exhibition in a suitcase. Artefakte//anti-humboldt and AFROTAK TV cyberNomads seize on this idea, using it to transport the critique of Berlin's Humboldt-Forum to various locations also taking in new pieces over time. In this wayt it works as a manifesto against this evolution and represents its set of arguments from a postcolonial, black-diasporic and artistic perspective but also considers some urbanistic readings of this reactionary and appalling cultural project.

For the exhibition at Villa Romana the Anti-Humboldt-Box is accompanied by the performance Der Reichstag in the reMIX– Contemporary Epistemic Literature Sound & Image Archiving | Talking in Tongues. Art & Multi-Media Interventions in Times of the new Global Renaissances by AFROTAK TV cyberNomads and a guided tour by Artefakte//anti-humboldt.

Artefakte//anti-humboldt is a Berlin based artist /academic group (Brigitta Kuster, Regina Sarreiter, Dierk Schmidt) founded in 2008 as part of the event Der Anti-Humboldt (www.humboldtforum.info) against the re-construction of the Prussian castle and the Humboldt-Forum in Berlin. The group is currently working on the project Artificial Facts (www.artificialfacts.de).