All My Colours Turn to Clouds

You and your friends are cordially invited to the opening
of the exhibition on Tuesday, November 15 at 7 pm. 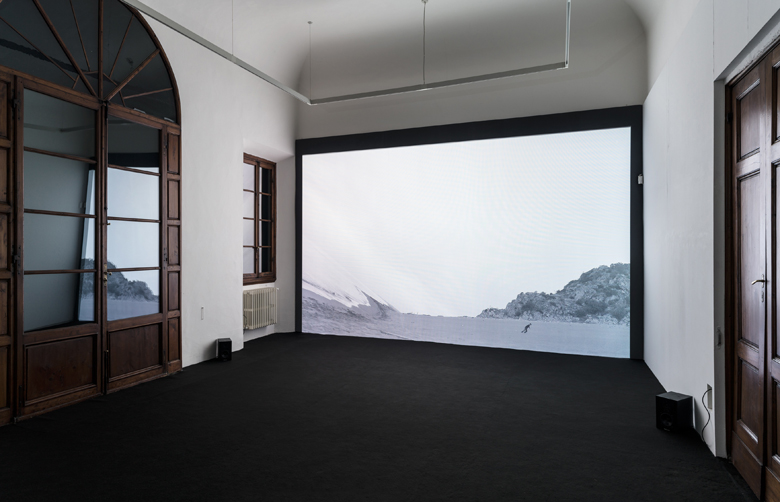 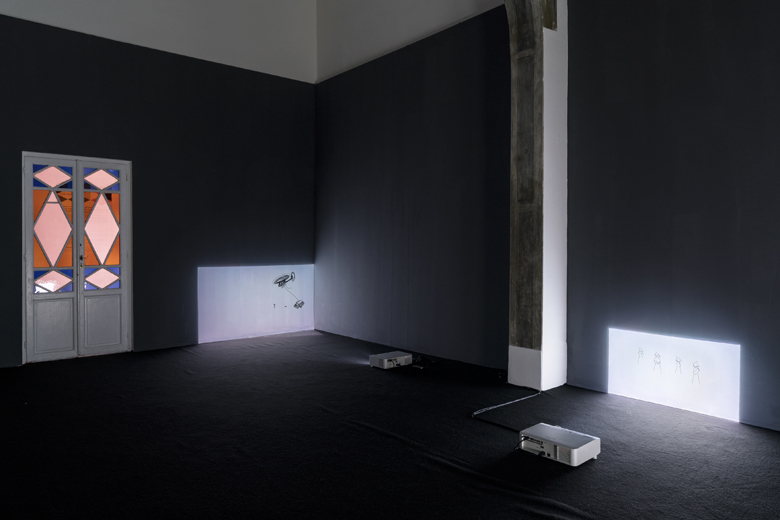 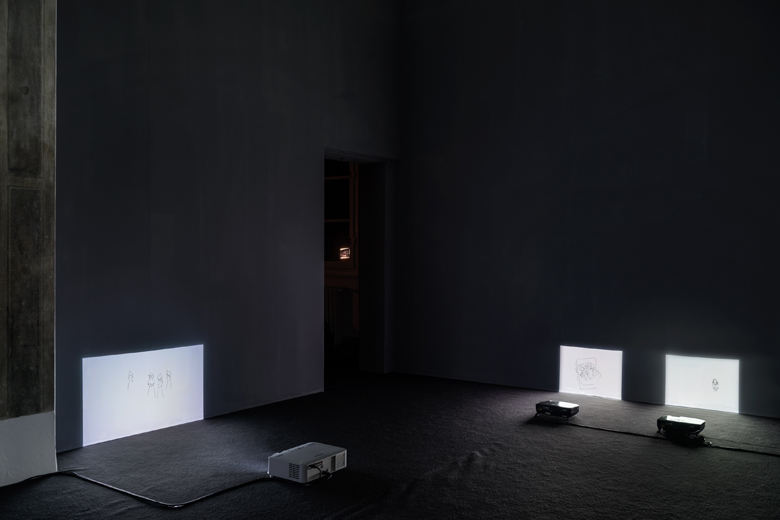 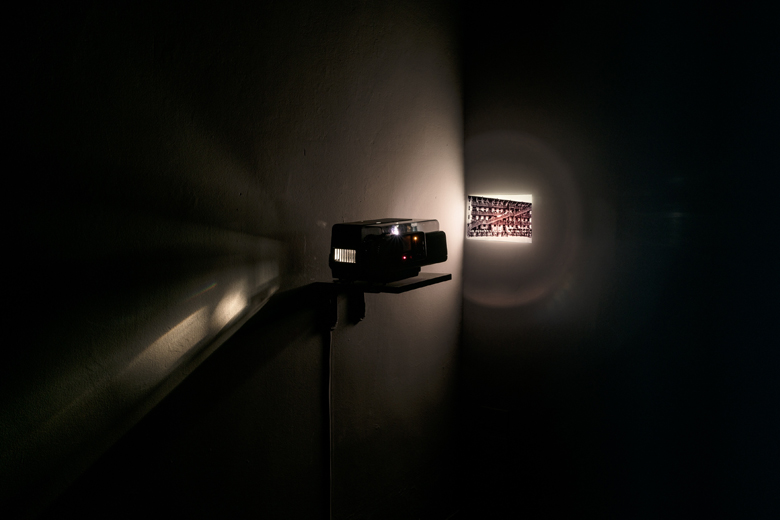 
The exhibition by Lek M. Gjeloshi starts from the idea of creating a space where the works are manifest only in light, meaning that of the projector as well as the luminous screen surfaces and illuminated volumes. It is creating monochromatic zones with a wealth of greys and where every step takes the visitor deeper into the Stimmung, or atmosphere, of a world in continuous transition even if the first impression is that almost nothing is happening. However, the seduction of the passage could easily slip into disappearance.

The title, All my colours turn to clouds, is a short fragment of a song by the British Post-Punk group Echo & The Bunnymen contained in their album Heaven Up Here (1981). It proposes the vanishing of colours in a meteorological passage as an assumption.

The exhibition will include - among others - two new video works: Untitled #2 opens on a place known as Rana e hedhun (known in Italian as la sabbia gettata or strewn sand), a zone of the north-western Adriatic coastline in Albania characterised by a suddenly oblique alignment of the sand that distinguishes (and separates) it from the surrounding environment. This is also the starting point for the video with an uncut black and white sequence in which the flow is marked only by the presence of a wayfarer and the camera shot which follows the oblique plane of the dune rather than the (natural) line of the sea, completely overturning its horizon line as well.

In Unknown, the author takes us to another place, a village called Guri i zi (known in Italian as la pietra nera or the black rock), just outside of the city of Shkodër. The central part of this place is built around an outcropping of black stone, the origin of the place name. Despite the intimate connection between its volume and the habitations, its outlandish nature remains estranged in its surroundings. In fact, the word itself has retained the same meaning from archaic times and refers to something strange about a foreigner and his anonymous land. Some opinions, mostly popular credence, believe the stone is a meteorite.


Lek M. Gjeloshi was born in 1987 in Shkodër, Albania and lives in Florence. He has participated in many exhibitions from 2007, most recently at the Shkodër Civic Gallery, the 4th International Biennale for Young Art (2014) at the Moscow Museum of Modern Art curated by David Elliott, at Casa Masaccio in San Giovanni Valdarno (2016, 2014, 2013 and 2010), at the Lanfranco Baldi Foundation in Pelago (2012) and at the National Gallery of Kosovo in Pristina (2011). In 2017, the artist will be in residence at Residency Unlimited in New York.