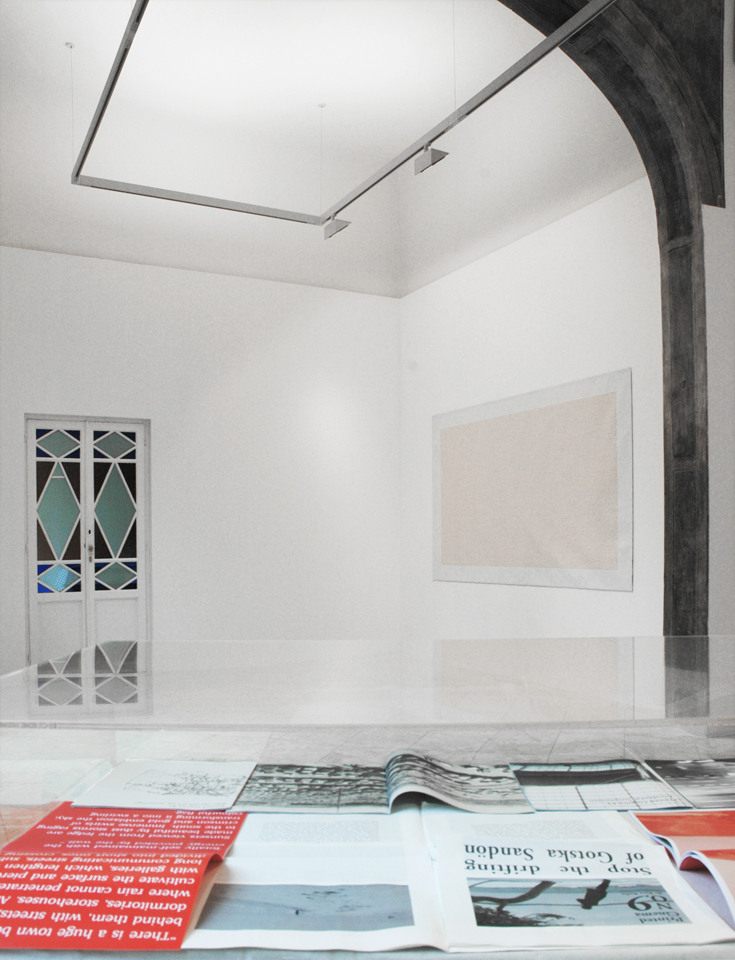 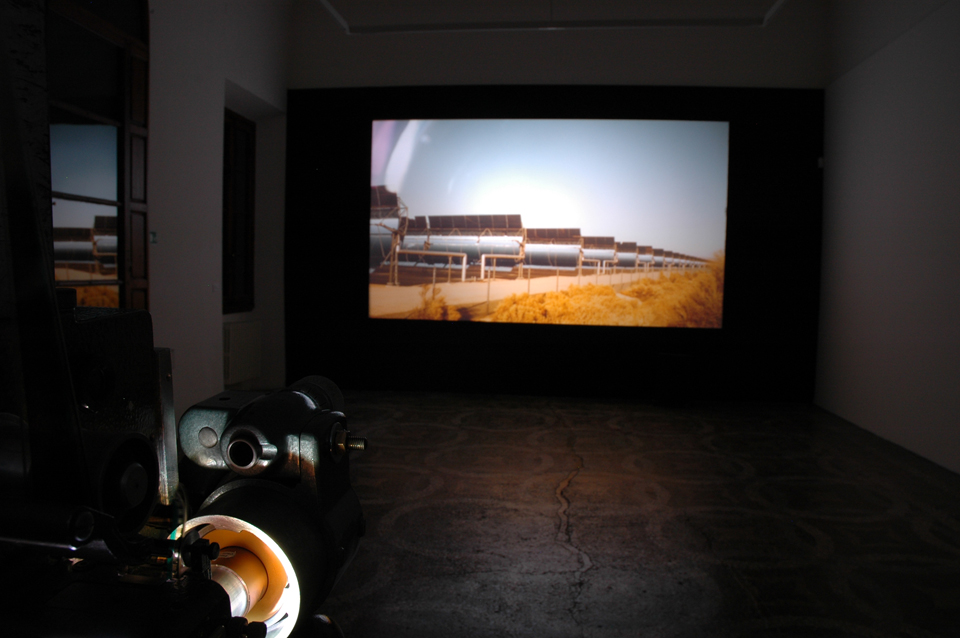 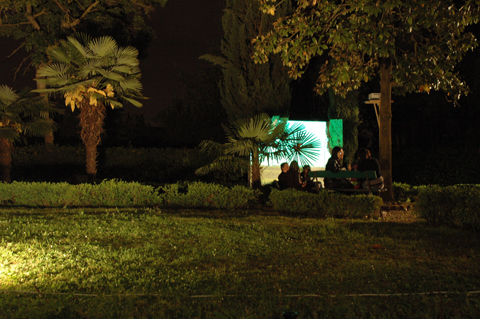 Rosa Barba, who was born in 1972 in Agrigento, explores and displaces in her film installations cinema’s various layers of media: image, audio, words and projection. She uses the fact that film is time-based in order to place the film between report and fiction. The objects of her recordings are often places and spaces located ambivalently between archaeological site and futuristic scenario. Social architectures and events are constructed virtually and thus new possibilities and expectations unfurl.

Rosa Barba presents new works in Villa Romana, which were produced following a stay in the Mojave Desert in north-west California. During the Second World War, the area was used as a military testing ground and various weapon tests have taken place there (from the atom bomb to high-speed craft). Ghost towns, bunkers, the biggest aeroplane graveyard in the world, heaps of scrap metal, trailer parks and gigantic solar power plants have virtually turned this desert into a cinematographic scene. In her 16 and 35 mm films, Rosa Barba isolates views of the high-tech plants so they become almost cultic illusions of a technological as well as religious fundamentalism and she comments on them with statements by local residents.

Over the past months, Rosa Barba, who lives in Amsterdam and Cologne, has been a guest artist of IASPIS, the International Artists’ Studio Program in Stockholm, and this year she is taking part in the Italics exhibition in Palazzo Grassi, curated by Francesco Bonami. Although over the past years Rosa Barba has taken part in numerous international exhibitions (including at the DIA Art Foundation in New York, the Stedelijk Museum Bureau in Amsterdam, the Baltic Art Centre in Visby, Sweden, the Transmission Gallery in Glasgow, Argos in Brussels, the Düsseldorf Kunsthalle and the 1st Thessaloniki Biennale of Contemporary Art in Greece) and film festivals around the world (including Toronto, Montreal, Rotterdam, Oberhausen, Seoul,  Lyon and Madrid), her presentation in Villa Romana is her first individual exhibition in Italy.