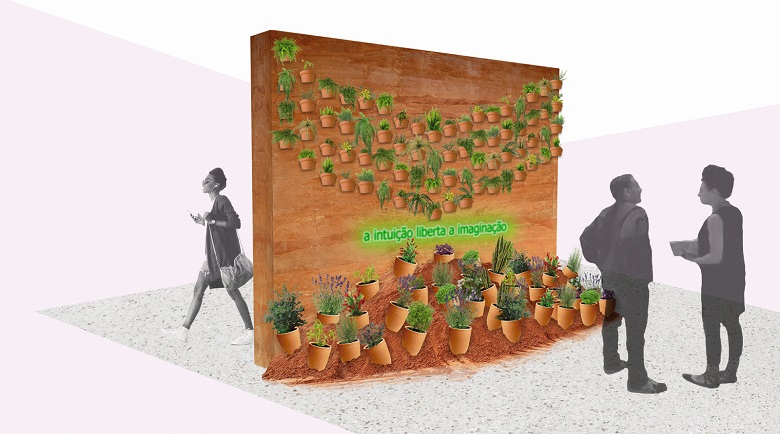 muSa Michelle Mattiuzzi will talk about Political Gardens – narrative walks through nomadic, endangered and symbolic gardens. How do plants archive stories, struggle in the political arena and often play a crucial role in re-imagining society? How to listen to the tongues within plants, what kind of stories do they tell, and to whom? The performer, writer and researcher Michelle Musa Mattiuzzi realized the installation Jardim da Abolição /Abolition Garden for Porto Alegre Biennale, 2020, dedicated to the camellia flower vases on windows that abolitionists used to symbolize their support towards the process of abolishing slavery in Brazil. In part interviews and in part first-person narrative, Mattiuzzi’s investigative action connects the oral traditions of power herbs and flowers by Brazilian and South American healers and their land struggles to the political agency of gardens within the urban fabric. By linking the power of plants against both histories of oppression and the dangers of on-going extractivism and gentrification, the piece prepares and unsettles the soil for the installation of Jardim da Abolition in Villa Romana in 2021.

muSa Michelle Mattiuzzi is an undisciplined artist, whose work derives from performance and writing. She has used photography and film to express herself. Colonial violence is a constant theme in her work. Her works appropriate and subvert the exotic place assigned to the Black woman's body by white cis normative images and that turn her image into a kind of aberration, an entity divided between the marvelous and the abject. She is currently interested in Black radical thinking and the study of philosopher Denise Ferreira da Silva and cultural theorist Fred Moten. She is the founder of the platform Rethinking the Aesthetics of the Colony in partnership with Goethe Institut São Paulo and Social Justice Institute (GRSJ) of the University of British Columbia. She lives and works in Berlin, Germany.
Since February muSa Michelle Mattiuzzi has been living in Florence to follow her artistic research. She was invited by Kunsthistorisches Institut in Florenz – Max-Planck-Institut and Villa Romana as a cooperative approach to further develop dialogues and reflections between contemporary artists and art historians. This first online appointment is to introduce the artist and start a first semi-public exchange. This talk should be a starting point for further  – hopefully also physical – meetings and discussions in the coming months.