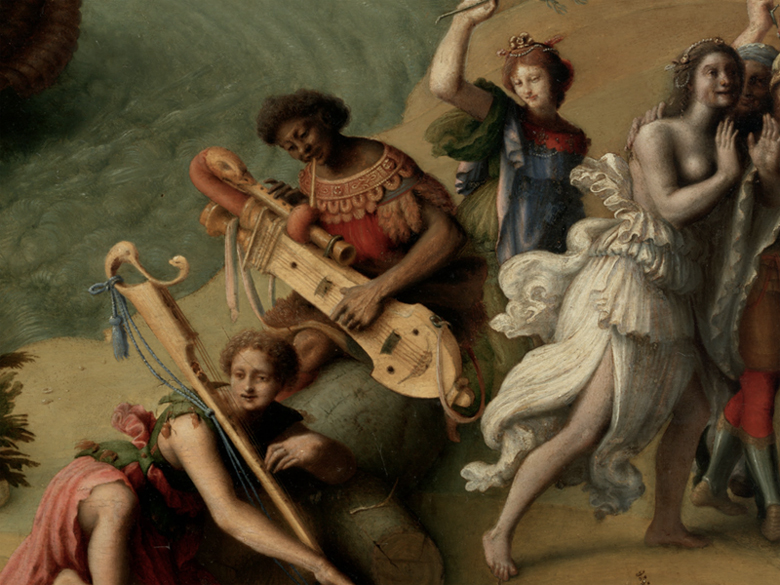 
Establishing and updating history is both a form of erasure and loss. For centuries, Italy has been a country of immigration; one fifth of foreign citizens in Italy today are of African origin. Yet the cultures of African Diasporic communities have been disregarded in the canon. How – and by whom – can history be retold?

Traces of the African Diaspora remain largely invisible – since the colonial conquests until today. If at all, they can be found in neglected archives from the colonial era. Their presence in museum collections remains silent. Thus, a canon is (re-)produced that permanently excludes countless actors and legacies of the past. How are archives, collections and museums involved in these processes?

Since 2016, the African-American artist Justin Randolph Thompson has built a network for Black cultural production with his Black History Month Florence initiative, which celebrates the diversity of Italy's African diasporic cultures. With the project On Being Present: Recovering Blackness in the Uffizi Galleries, his research has now also involved the canon itself: The virtual exhibition project with the Uffizi analyzes the previously voiceless representation of Black Lives in the museum's collection of paintings, thus opening up new access to a different historiography.

With other experts, he discusses the visualization of Blackness in the self-image of the Renaissance city of Florence and one of the most important European art collections. How can past and present open up new perspectives beyond colonial hegemony?

part of The Broken Archive series – Villa Romana in cooperation with HKW funded by the Federal Foreign Office as part of The Whole Life: An Archive Project