The history of Villa Romana 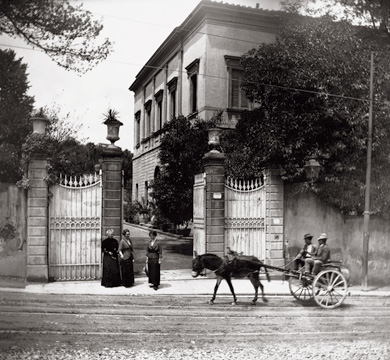 Maria Caspar-Filser with visitors in front of the Villa Romana, 1914
Studio Lois Held

In 1905 with funds from his circle of artist friends, the painter Max Klinger acquired the neo-classical Villa with its 40 rooms and 15,000 square meters of open ground on the outskirts of Florence to create an artist’s residency house. The same year the Deutscher Künstlerbund (German Artists' Association) initiated the Villa Romana Prize to provide artists with a forum for artistic production in Florence. The Deutsche Bank has been the Villa Romana's main sponsor since the 1920‘s. 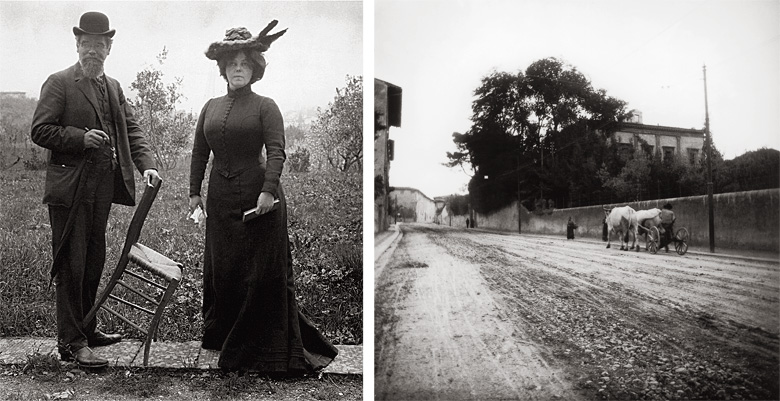 Since the very beginning the Florentine house has been associated with artists who went on to gain great recognition. For example, Georg Kolbe, Max Beckmann, Käthe Kollwitz, Ernst Barlach and Max Pechstein were among the early guests of Villa Romana before the First World War. 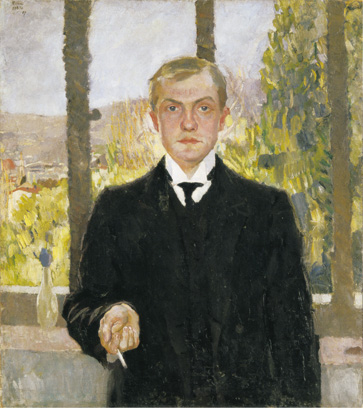 From 1939, the Nazi Ministry of Propaganda imposed its fellowship recommendations upon the Villa. Nonetheless, Hans Purrmann, then head of Villa Romana, succeeded in creating a haven for artists who fell out of favour with the Nazi regime during the Second World War. The Villa was confiscated by the Allies in 1944.

In 1954 German Federal President Theodor Heuss initiated the re-establishment of the Villa Romana Patrons’ Association. The Villa itself was reopened in 1958. Since then, renowned names such as Georg Baselitz, Anna Oppermann, Markus Lüpertz, Horst Antes, Christiane Möbus, Michael Buthe, Katharina Grosse and Amelie von Wulffen have contributed to the reputation of the institution.

From 1972 to June 2006 Joachim Burmeister served as director of Villa Romana. He revived the Villa and opened guest studios, while Katalin Burmeister established the Salone as an exhibition space, where from 1979 to 2004 she curated numerous exhibitions of Italian and German artists. Angelika Stepken took over as director of the Villa on 1 November 2006. After extensive refurbishment measures Villa Romana was reopened in May 2007.