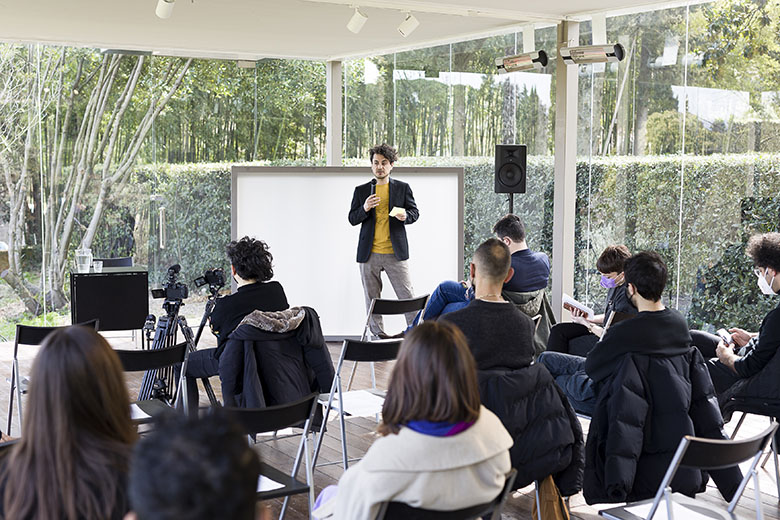 Davood Madadpoor, co-curator of the symposium 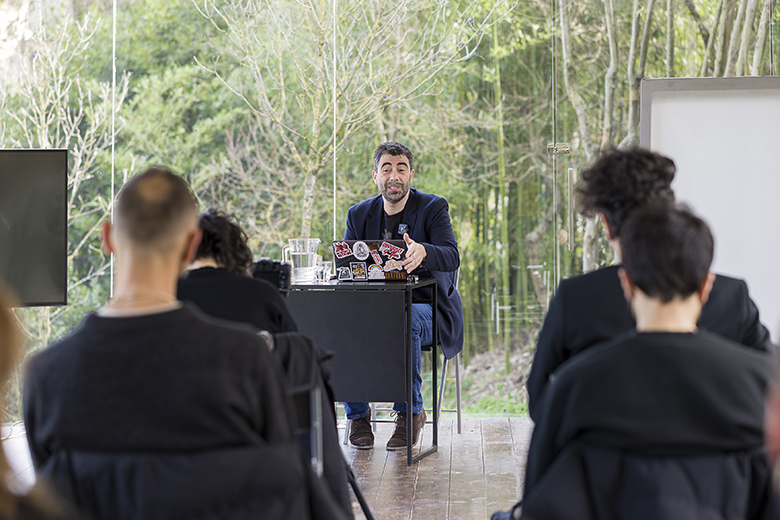 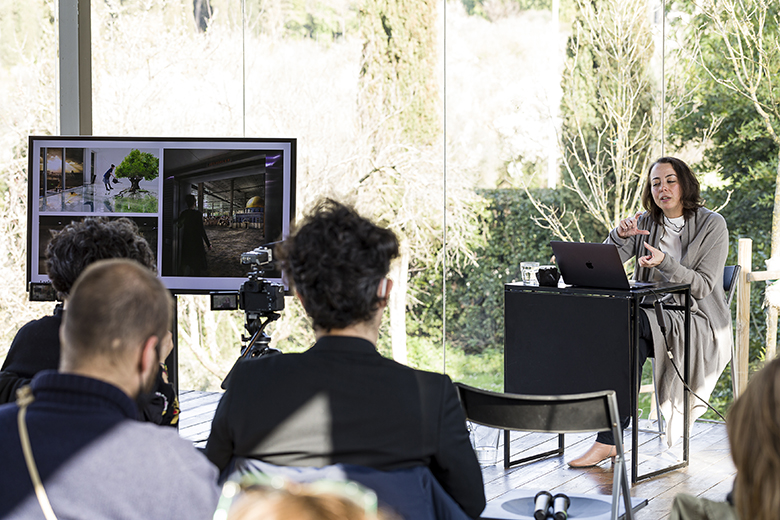 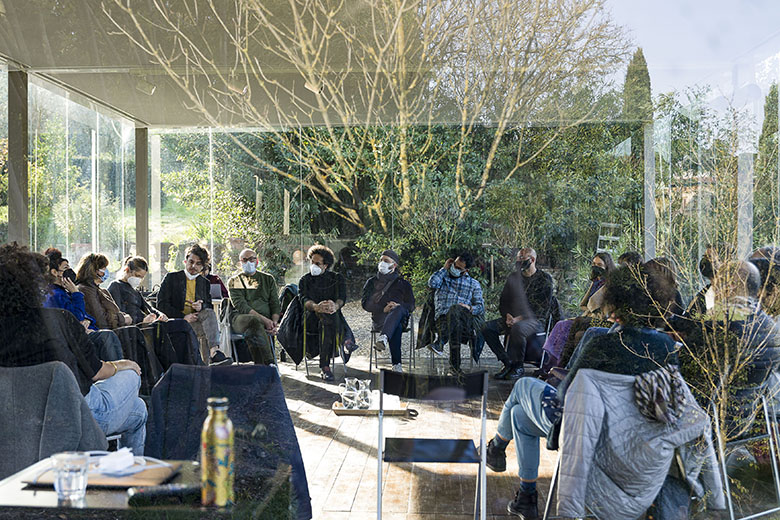 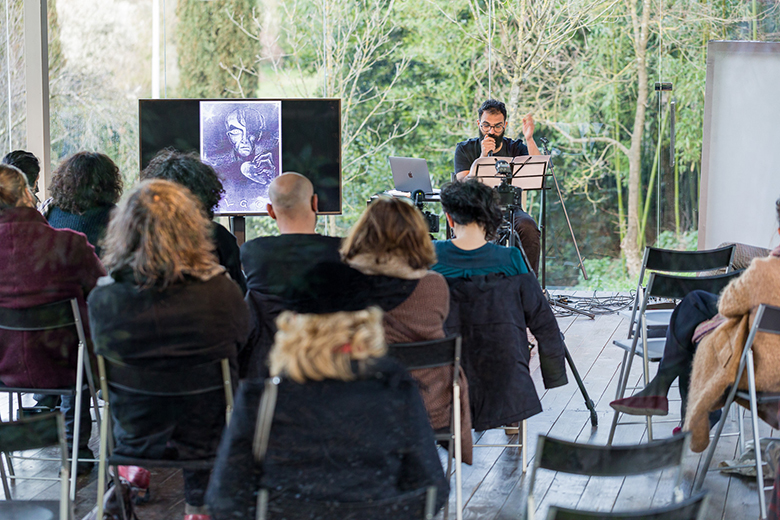 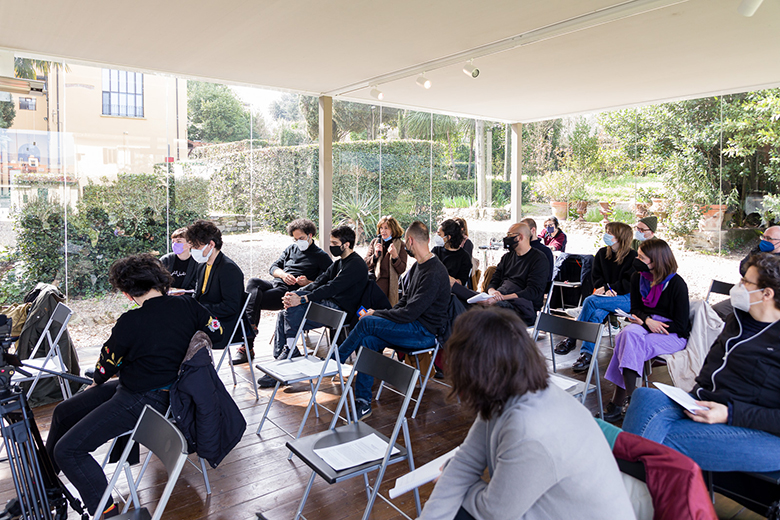 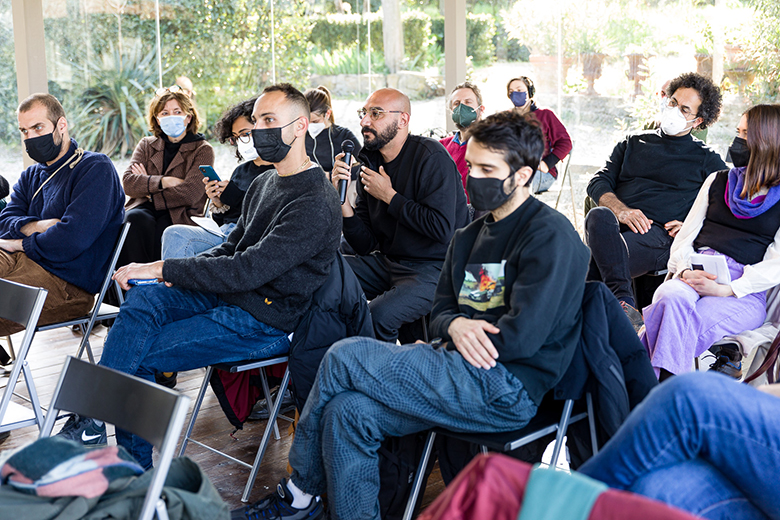 
In conjunction with the exhibition The Tellers, Villa Romana will host a one-day symposium on Saturday, 19 March 2022, starting at 11 am. The symposium aims to propose and discuss key points of the exhibition through contributions by Raffaella Baccolini (Università di Bologna, Forlì Campus), Nat Muller (Independent curator, writer, and academic), and Santiago Zabala (Research Professor of Philosophy at the Pompeu Fabra University in Barcelona, Spain), followed by a public discussion and concluding with a performance by Mohamed Abdelkarim.

All lectures and the performance will be held in English and will be livestreamed on Radio Papesse.

11 am
Welcome by Angelika Stepken, director of Villa Romana
Introduction to the platform Sumac Space by Davood Madadpoor

11.15 am
Introduction to the symposium by Katharina Ehrl (Sumac Space)

11.30 am
Raffaella Baccolini
Memory, Language, and Storytelling as Resistance.

Baccolini's contribution will analyze the role and importance of language, communication, storytelling, and memory as forms of resistance. Classical, traditional dystopia often employs the convention of a rediscovered book from the past as one of the tools that awaken the dystopian protagonist(s). By looking at how contemporary critical dystopias have renewed and updated the convention of the forbidden book, she will analyze the importance of language and storytelling – and their link with communication, memory, and negotiation – not only as a means of helping the protagonists survive but also as a way of withstanding the dystopian world. Language, its recovery, and its use represent the need to strive for a difficult, complex resistance that often starts from the acceptance of a negotiated (inter)dependence. In the present climate of racism and hatred, which manifests itself through the dehumanizing policies that black people, migrants, and refugees face throughout the world today, these works offer a timely reflection on literacy and negotiation as tools of resistance. They are also what is necessary to maintain hope even in extreme conditions of oppression.

12.30 pm
Santiago Zabala
Where is the Future? Warnings through Art

Philosophy is a warning, that is, a request to become involved in signs that concern our future. These signs can refer to our existence, environment, or even politics. The problem is that, contrary to predictions, warnings are weak, vague, and unclear concepts (in the form of an announcement) that are often ignored. This is probably why they are frequently discarded as useless or insignificant – much like environmentalists, philosophers, and artists – when in fact they are vital. Unlike an objective representation in the mind, warnings can be understood only through interpretation, that is, an involvement that concerns our existence. Recent philosophies of animals, plants, and insects are branches of this philosophy since they also warn us of specific issues that we ignore such as biodiversity loss or climate change. What often emerges in great art, as well as in other realms of human practice, is not a representation of beauty but rather the disclosure of an event that is invisible to our aesthetic senses, intellectual skills, and cultural interests. Today art often works better than scientific announcements as a way to reveal warnings. This is not an effect merely of the artists' ability to create beauty, but rather of the intensity and depth of their works. Documentary photographs of the ongoing ice caps melting, for example, can be truthful but are rarely as powerful as the works of art that address this emergency. When art addresses our warnings, the future reveals itself.

2.30 pm
Nat Muller
Futuring is a Verb: Looking for Possibility through Ruins in Contemporary Art from the Middle East

This presentation puts two premises to the test by drawing on the work of contemporary artists from the Middle East including: Palestinian artist Larissa Sansour, Lebanese artists and filmmakers Joana Hadjithomas and Khalil Joreige, Kuwaiti artist Monira Al Qadiri, and Lebanese artist Akram Zaatari. Firstly, it asks whether ruins can be considered as motifs of futurity rather than being markers of decay and entities locked in the past. Secondly, it asks what type of speculative images, imaginaries, and political positions are required to unlock this potential and see the future through the wreckage. How does the extension of the ruin's temporality in a forward-looking way change its meaning, and what kind of social dreaming can be tied into it? What novel possibilities does such an approach offer historically, politically, and artistically?

5.30 pm
Mohamed Abdelkarim
When there is no sun: Lightning brightens the sky.
Performance
40'

A performance consisting of texts and images generated by the GPT-2-Artificial Intelligence model combined in a non-linear narrative. The narrative started from the event of a UFO sighting in Asyut, Egypt in 1989, moving on to other events in the same year. The AI-generated narrative moves between different milieus and characters, involving creatures from outer space, alien abduction, coup d'état, and the extinction of terrestrial species. The fragmented narrative is generated by entering keywords and notions such as seeing, absent-mindedness, gazing, believing, and desiring an uncertain future.
The project is commissioned by Sharjah Art Foundation 2020 /21.

Raffaella Baccolini teaches Gender Studies and American and British Literature at the University of Bologna, Forlì Campus. She has published numerous articles on women's writing, dystopia and science fiction, trauma and memory, modernism, and young adult literature. She has edited several volumes, including Transgressive Utopianism: Essays in Honor of Lucy Sargisson (with Lyman Tower Sargent, 2021), Utopia, Method, Vision: The Use Value of Social Dreaming (also with Tom Moylan, 2007) and Dark Horizons: Science Fiction and the Dystopian Imagination (with Tom Moylan, 2003). She is currently working on kindness, solidarity, and feminist education as utopian, political acts.

Santiago Zabala is ICREA Research Professor of Philosophy at the Pompeu Fabra University in Barcelona. He is the author of many books, including Being at Large: Freedom in the Age of Alternative Facts (McGill-Queen's University Press, 2020) and Why Only Art Can Save Us: Aesthetics and the Absence of Emergency (Columbia University Press, 2017). His opinion articles have appeared in The New York Times, Al-Jazeera, and The Los Angeles Review of Books, as well as other international media.

Nat Muller is an independent curator and writer with expertise in contemporary art from the Middle East. She is a regular contributor to international art publications such as Ocula and Hyperallergic and has edited a variety of monographs on artists including Walid Siti (Kehrer Verlag, 2020), Nancy Atakan's Passing On (Kehrer Verlag, 2016), and Sadik Kwaish Alfraji (Schilt Publishing, 2015). She has curated video and film screenings for Rotterdam's International Film Festival (NL), Norwegian Short Film Festival (NO), International Short Film Festival Oberhausen (DE), and Video D.U.M.B.O (USA), among others. Recent exhibition projects include the Danish Pavilion for the 58th Venice Biennale (2019), featuring Palestinian artist Larissa Sansour and the group show Trembling Landscapes: Between Reality and Fiction at Amsterdam's Eye Filmmuseum (2020). She is completing an AHRC-funded PhD at Birmingham City University on science fiction in contemporary art from the Middle East.