An evening of poetry

Friday, 22 June at 7.30 pm
9.30 pm Group Picnic in the garden with participation of the guests 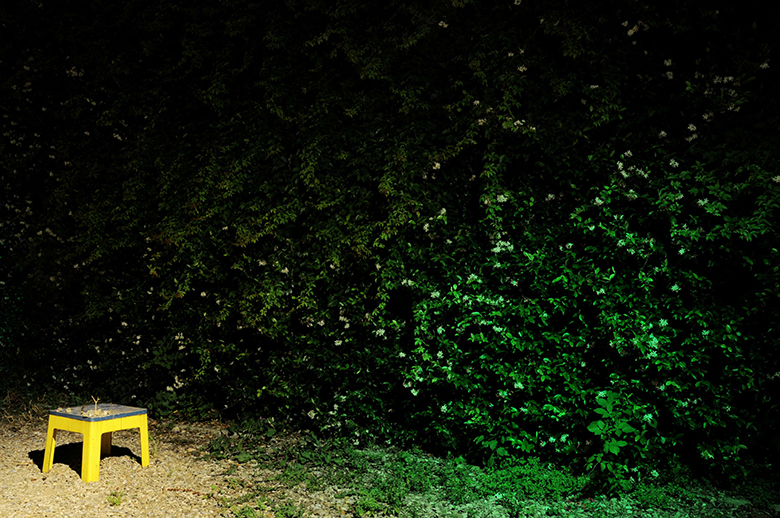 
Aristotle wrote: "Man is a political animal." Curiously, he also wrote a book entitled Poetics, a concentration of words dedicated to the arts: the art of acting and of singing, of sound and of rhythm, of the theatre and of writing lyrics. The dithyramb explodes in my ears and appears to my eyes like the image of a circular sound. The dithyramb was a sacred ceremony dedicated to the god Dionysus for the ancient Greeks, based on poetry, music and dance. Philosophy often does not divide or separate but unite, not only by means of the analogies that are observed, but, above all, by rising to a spiritual level. Uniting the logical science of a thought with illogical poetic language, this is the beauty of understanding things with the mind and with the heart. Philosophy writes the phrases of the Poets and logic is transformed into politics, belief or questioning. Bertolt Brecht, one of the most militant authors of the 20th century, wrote a poem entitled In Praise of Learning. In this poem, he frequently repeats a phrase to shake and incite the listener to take a specific action: "You must take over the leadership!".
Here!! Now it is your turn to take on these thoughts, it is your turn!!
Politics
Democracy
Theatre
Spirit
Conscience
Aristotle
Bertolt Brecht

Dedicated to Julio Monteiro Martins
A lively and generous man, he has taught more than one generation to read the reality of the world through the indefatigable condemnation of the daily hypocrisies and cowardice, whether on a private or a social level, in the conviction that a writer is above all a witness of time. In addition to writing, he has been an advocate of Human Rights, dedicating himself especially to protecting the meninos de rua (children of the streets).

Pina Piccolo was born in California in 1956. She is a poet, translator and blogger who is responsible for the www.lamacchinasognante.com and www.thedreamingmachine.com websites. She writes in Italian and in English, mainly about themes of social interest. Her poetry collection I canti dell’Interregno (Songs of the interregnum) was published by Lebeg Edizioni in 2018. Also in 2018, her essay The Black Body Telling Stories: Giullarate in the 21st Century was published by Peter Lang in the anthology Utopia in the Present-Cultural Politics and Change, curated by Claudia Gualtieri.

Brenda Porster was born in Philadelphia (USA) in 1945, she moved to Florence after finishing her education. She writes poetry in English and in Italian.  She has co-edited two anthologies of contemporary women’s poetry in English: Corporea: il corpo nella poesia femminile contemporanea di lingua inglese (Corporea: the body in contemporary English-language feminine poetry) and La tesa fune rossa dell’amore: madri e figlie nella poesia femminile contemporanea di lingua inglese (The taut red rope of love: mothers and daughters in contemporary English-language feminine poetry). Since 2009, she has been a member of the women’s theatrical group La compagnia delle poete, composed of foreign language poetesses who write and recite in Italian.

Barbara Pumhösel was born in Austria in 1959, she lives in Italy. She writes in Italian and German, and occasionally in the dialect of the Austrian foothills of the Alps. She is also a translator and a promoter of reading activities. She has published the following collections of poetry: Dammar (with illustrations by Walpurga Ortag-Glanzer, Literaturedition Niederösterreich 2013), Parklücken (Verlag Berger Horn 2013), Gedankenflussabwärts, Erlaufgedichte (with colour prints by Walpurga Ortag-Glanzer, Edition Thurnhof Horn 2009), Prugni, Cosmo Iannone Isernia (2008), In transitu, Arcipelago Itaca Osimo (2016).

Francesca Scalinci was born in Modena in 1977. She took her degree in Anglo-American studies and has studied post-colonial Caribbean and Mediterranean literature in English. She has written stories for children and then discovered poetry, which she writes almost exclusively in English, though often translated, in the tradition of performance poetry. Her main themes are Syria (Francesca has had several years of experience in activism for the Syrian democratic cause), religious faith and interculturalism.

Barbara Serdakowski was born in Poland in 1964. She has been living in Florence since 1996. She is a Canadian citizen and took her degree in languages and translation at the Concordia University of Montréal. She has published three collections of poetry, Così nuda (Just naked), La verticalità di esistere linearmente (The verticality of the linear existence) and Senza verbo (Speechless) and two novels, Katerina e la sua guerra (Katerina and her war) and Gli aranci di Tadeusz (Tadeusz’ oranges).

Andrea Sirotti was born in 1960 in Florence, where he teaches the English language and literature. He is a member of the editorial staffs of Semicerchio, a comparative poetry review, El Ghibli, an online review of migration literature, and Interno Poesia, a blog and publishing house for the promotion of poetry. In recent years, he has acted as a freelance literary scout and editorial consultant. He will read some extracts from the works of Julio Monteiro Martins.


Julio Monteiro Martins (1955 - 2014) was born in Niterói, in the state of Rio de Janeiro. He teaches the Portuguese language and literary tradition at the University of Pisa; he founded and directs the online review Sagarana (www.sagarana.net). In his native country, he has published nine books including short stories, essays and novels; he has also worked as an advocate of Human Rights, dedicating himself especially to protecting the meninos de rua (children of the streets).