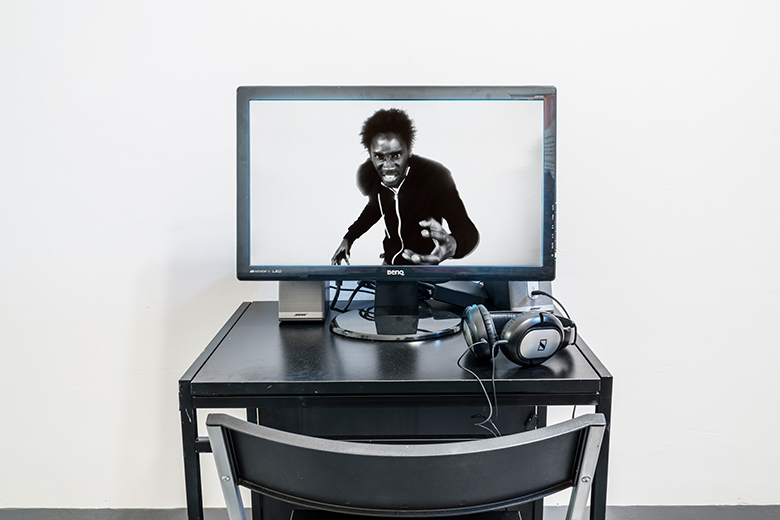 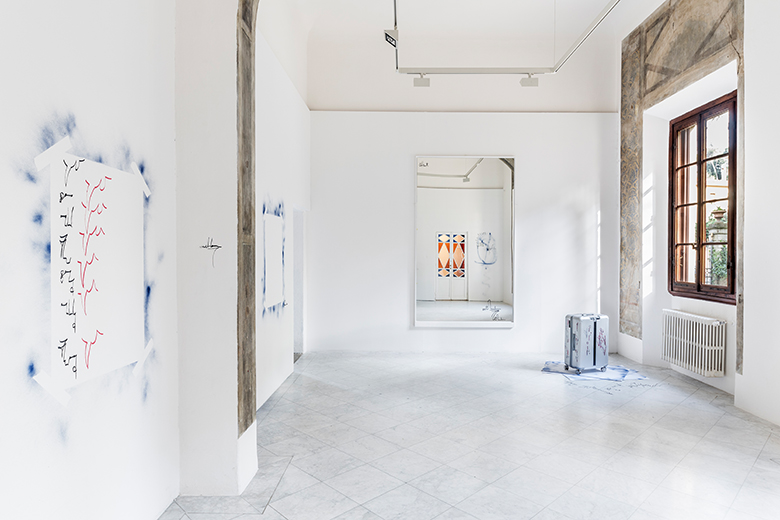 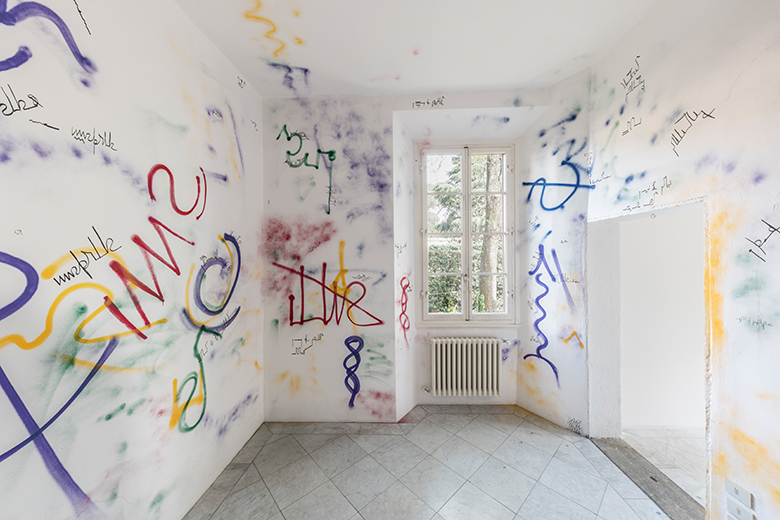 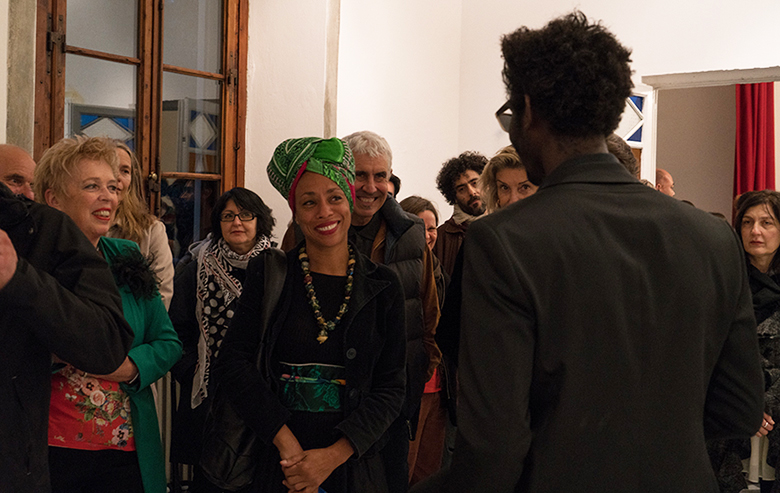 
The artist is dead, long live Narcissus as the artist´s creation. On 29 March Moussa Sarr – currently on a scholarship at the renowned Villa Medici in Rome – performed his own public cremation in the garden there. Those who entered the artist's studio afterwards met Narcissus, the stranger who does not yet know himself. He is searching for a language. He is developing a language: Pelistic.

The work of the French performance and video artist Moussa Sarr (born 1984 in Ajaccio, lives in Paris) focuses on stereotypes and realises metamorphoses. In recent years, the artist became an animal: Sarr stood in front of the camera and embodied a dung fly, an ape, a bumble bee, a hare. He communicated as an animal in a state of maximum arousal in works such as L'orgasme du Singe (The Ape's Orgasm), 2007. The animal is the quarry, the viewer the thief or voyeur. As an animal protagonist, the artist's body performs moments of both abasement and transgression. Moussa Sarr is of Senegalese descent. The black as an animal – his anti-racism is offensive, expressive, sarcastic.

Moussa Sarr's exhibition at the Villa Romana will feature several videos and a documentary film on his recent cremation of himself. The present and future belong to the figure of the Narcissus and his new language. The more people learn pelistic – his alphabet, his words, grammar, tenses, pronouns, etc. – the more he can communicate. Pelistic is the language of strangers.

Narcissus wears mirrored sunglasses made from stone. He is a reflection of society and can turn any object into art. During his performance at the Villa Romana, Narcissus will reflect himself many times over. Who is he? Who are the others?

In recent years, Moussa Sarr has had a large number of solo exhibitions in France, Great Britain and Australia. He has also been part of group exhibitions in the USA, Canada and Israel. His works can be found at the Centre Pompidou, the Fonds National d'Art Contemporain, Paris and in the Pinault Collection.