At the opening of the exhibition at 8 pm: Gianfranco Baruchello in conversation with art critic Martin Holman (Florence / London) 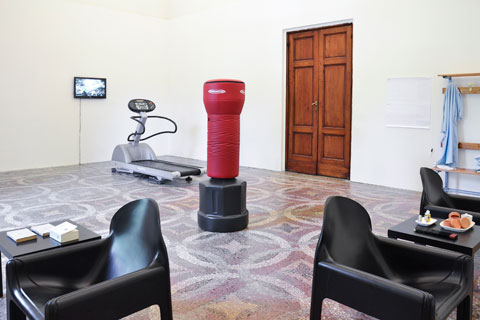 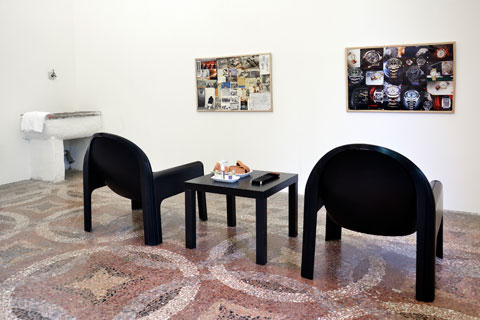 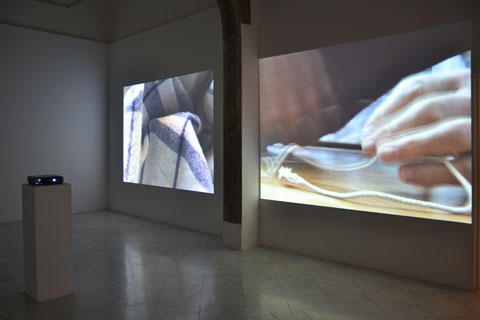 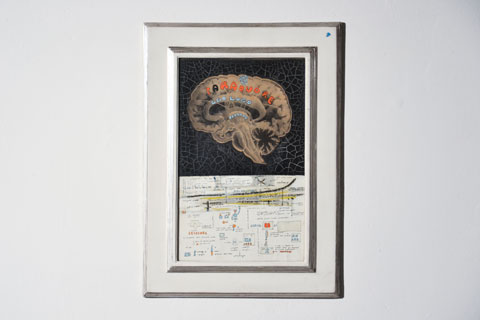 Since the 1950s, the work of the artist Gianfranco Baruchello has been distinguished by a radical exploration of error, of the analogous, the trivial and the dream, of what is supressed, not-yet-said, and at the limits of the useful and the plausible. His image worlds take shape in the empty space between hand drawing and the figurative encyclopaedia. His objects, assemblages and display cabinets are three-dimensional user manuals for the mind and, at the same time, radical formulas of an impossible inventory. His films are unusual studies that take the medium’s narrative potential to the point of absurdity. In his agriculture work, Baruchello investigates the use and exchange value of the cultivated product and of the art work. In 1998, he turned his former studio to the north of Rome into a foundation for collaborative art work and experimentalism.

Born in Livorno in 1924, Baruchello studied Law and Economics. In 1945, while still quite young, he went to work in the research department of a chemical and biological company. It was only in the late 1950s that he decided to give up this job and to devote himself to art. In 1962 he showed at the Sidney Janis Gallery in New York in the New Realists exhibition. In the same year, he met Marcel Duchamp, with whom he developed a lasting friendship. In 1977 a selection of his drawings were exhibited at Documenta VI. However, due in part to his choice to tread a solitary path and to ignore the dictates of success and the market, Baruchello's work remained outside the dominant channels of art circulation. In 2012, on the occasion of the Berlin International Film Festival, his film La Verifica incerta (1964) was rediscovered by Harun Farocki, who defined it as "a pioneering work of montage". Last winter, the Galleria Nazionale in Rome devoted a first major retrospective to the 87-year-old artist.

At the Villa Romana, Baruchello is installing a PSICOGIM, a sports gym for the psyche and the mind. Visitors can use the treadmill or punching ball and, while looking at themselves in a mirror, reflect on their psychic fitness on the basis of images, objects and smells. Running parallel to this are three films, conceived as training sessions to think, for example, about slowness, balance, interweaving and the fold. On the occasion of this exhibition, a selection of his written exercises (dating to 1975, 1981, 2006 and 2012) are appearing for the first time in a bilingual publication.

Warm thanks to RAM / radioartemobile, Rome, for their generous assistance.