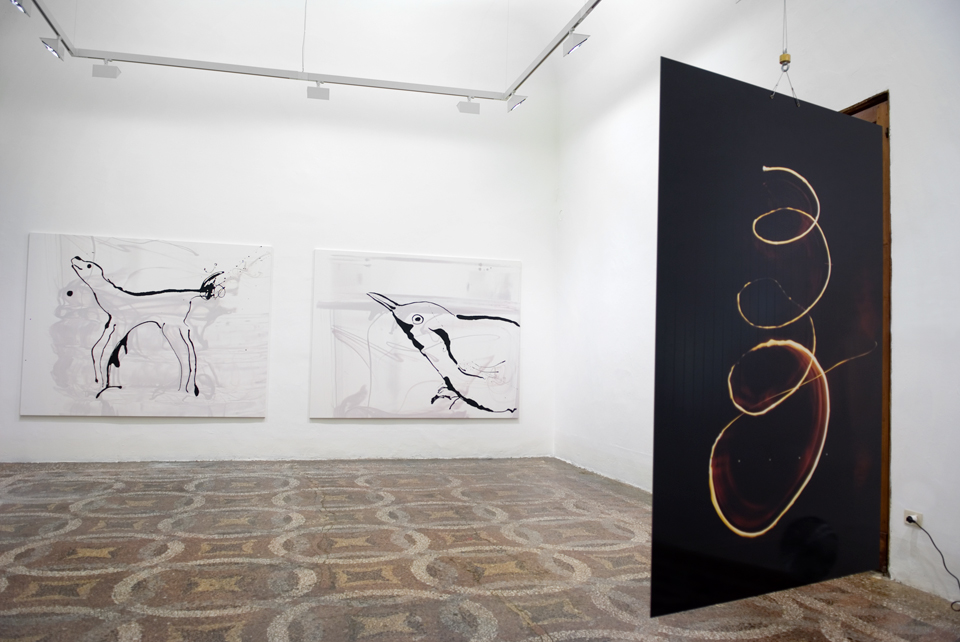 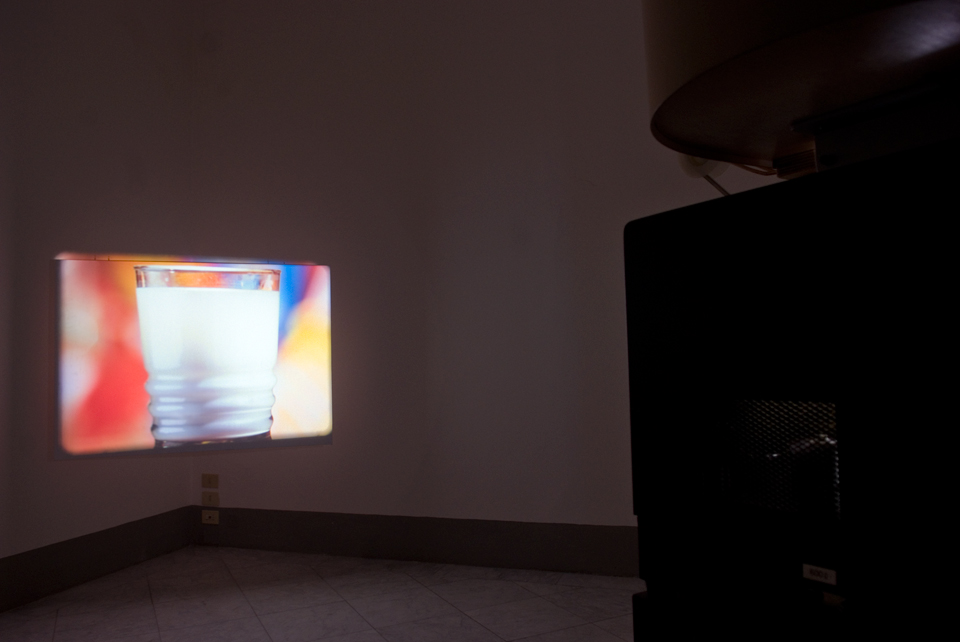 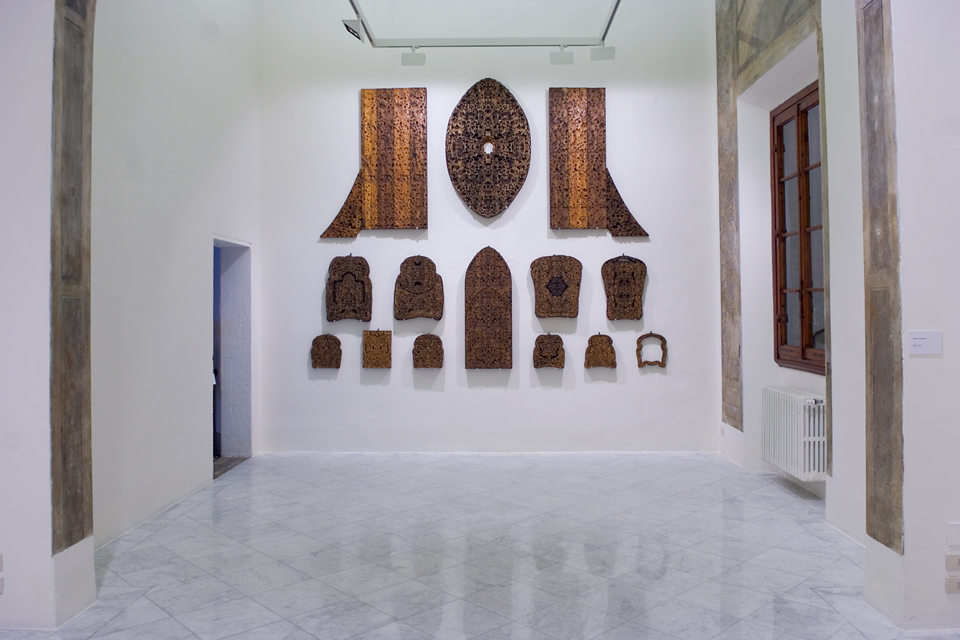 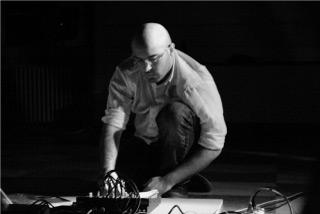 Marijke van Warmerdam(born 1959) thematises time and again the act of vision in her films, photographs, sculptures and installations. It radiates from the object with a sparing visual economy. In the 35 mm film Dream Machine (2006), artistic categories such as colour, form and base are mastered in the temporary medium of a 2’56” short film loop. For the first time van Warmerdam, who has been exhibiting her work internationally since the nineties, actually transfers individual images from the film into paintings

Anatoly Osmolovsky,(born 1969) belonged to the theoretical and radical protagonists of the Moscow art scene in the nineties. He founded the artists’ group Radek Community, appeared in public spaces with politically motivated performances and so proclaimed a non-spectacular art. Since then Osmolovsky has worked on series of artificial Ready Mades, which embody the ambivalences of the Avant-garde. Osmolovsky is represented at the documenta 12 exhibition by eleven model tanks cast in bronze (Hardware). In the Villa, he exhibits a new version of Bread (2007): enormous slices of bread in milled wood, which hang on the wall like an iconostasis.

Giuseppe Ielasi (born 1974) works with electro acoustic sounds. His compositions and performances combine abstraction and melody, classic architectures and complex ambience collages. His interest is increasingly directed at the sound material in the air. In 2003 Ielasi, who appears internationally and often in collaboration with other musicians and artists, founded the Florence festival Superfici Sonore. In the Villa Romana Ielasi will collaborate with the musician an componist Renato Rinaldi. They will install sounds in various places of the building and on the opening evening, they can be heard in an electronic live concert.